The current pace of technological change is creating a level of complexity that is overtaking our ability to make effective decisions, says a leadership expert. 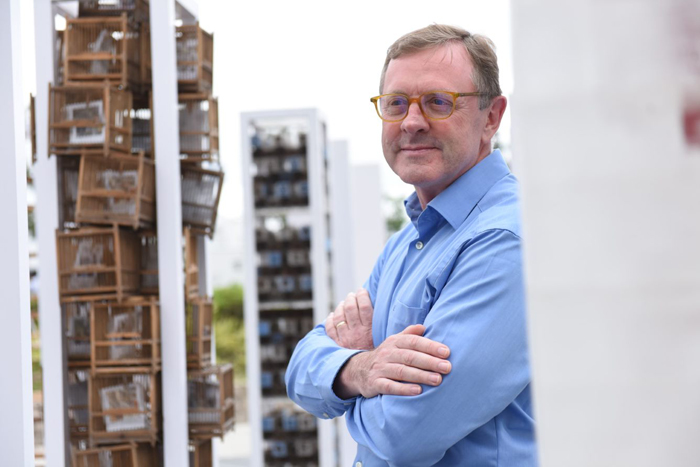 At a recent gathering in London, a group of chairs, chief executives and senior managers came together to talk about a book. Written by Mark Braithwaite, the Asia Pacific managing director for global headhunting firm Odgers Berndtson, Leadership Disrupted argues that the pace of technological change is creating a level of complexity that is “overtaking our ability to process and make effective decisions”.

More brutally, the book suggests that up to half the people currently on leadership teams may be unsuited to coping with the current accelerated rate of technological change and the demands it makes of their skills. In addition, boards may in fact be blocking some companies from coming to terms with the strategic transformation needed to keep up.

This conclusion came from interviews with 70 leaders from multinational corporations—63 Asia Pacific leaders of global companies and seven chief executives of Western multinationals headquartered in Asia.

Braithwaite’s book is not about technology, but the thorny topic of leaderships at a time when change is so fast it has become the “biggest disruptor of all”.

Braithwaite focuses on three core areas: strategy, talent and leadership, how they work together and the challenges each presents.

Strategy is particularly tricky, because “the five-year plan is obsolete, and mature companies are really struggling with this”. One leader told Braithwaite: “Our business plan from 2016 is not worth the paper it is written on.”

Talent management is also being transformed. Employees seek a more personal and direct relationship with their bosses,  want their employers to be good for society and have a sense of purpose, and they want investment in their own professional development.

In terms of leadership, the Asia Pacific region throws up specific challenges as customers demand change faster than companies can adjust. Leaders, according to Braithwaite, need a new mindset to cope with the flexibility needed to keep up. And that is hard to achieve across all levels of an organisation.

“To operate in a diverse environment, one has to let go of what we believe and agree with other people, listen to something new and make a transition”

The rest of the book is an exploration of those themes and the measures companies are taking to cope. But the warnings about managers ill-suited to disruption and boards proving an obstacle to change sound off like sirens.

First boards. Braithwaite draws his observations from comments made by Belgian leadership consultant Rik Vera when addressing the need for a new mindset.

“Boards are the biggest problem,” says Vera in the book. “They still look for long-term, rigid plans.

“In some sectors they are so stuck on old business models and assets that they will not need in the future, that I predict 50% will not survive.”

That’s a disturbing thought—and Braithwaite adds some detail to the diagnosis. He describes the issue as possibly explained by non-executives who have been away from the front line for a number of years and have not had to directly confront the technology  changes that today’s executives face.

“They’re one step removed from that,” says Braithwaite, who goes on to cite the changes made by Adobe as an example of a company and leadership that changed its mindset. When confronted with a changing marketplace the software provider decided to dump software on a disc in a box for a subscription service based in the cloud. “That took a lot of courage,” says Braithwaite.

But does that mean changing the mindset of those chairing boards and their non-executive teams? “Absolutely,” says Braithwaite, and he goes on to argue for “cognitive diversity” in the boardroom. “To operate in a diverse environment, one has to let go of what we believe and agree with other people, listen to something new and make a transition.”

As for the 50% of leadership team members currently unsuited for coping with disruption, Braithwaite describes it as an “amazing statistic”. But, he quickly points out, chief executives suddenly sacking their leaders and recruiting replacements from the opposition would be a “disaster”. “There aren’t enough leaders as it is,” he says.

So, there has to be another solution. “I think there’s going to be—and I’m seeing this within the companies I interviewed—a much greater emphasis on training and retraining mindset,” says Braithwaite.

And this may come in new and diverse forms rather than the traditional short-term stay at a business school.

Braithwaite anticipates “different kinds of interventions to open minds”. This might include visits to fast-moving companies in other sectors, such as Silicon Valley; job interviews might include new techniques such as “gaming” simulations. There will also be pressure on recruiters and headhunters to develop new tools.

Braithwaite is at pains to stress that his book is not doom-mongering for the business world. However, it is unquestionably an abrupt wake-up call.

“When there isn’t a crisis, or a crisis potentially coming, that’s when it’s hard to actually invest in doing something new, like the Adobe story.

“That’s where the challenge is… But from my interviews, I’m confident that a lot of those companies [interviewed] are going to do quite well through this.”