TMF Group’s Global Business Complexity Index ranks Greece the most difficult jurisdiction for international companies to do business in, with Brazil, Germany and China also in the top ten. 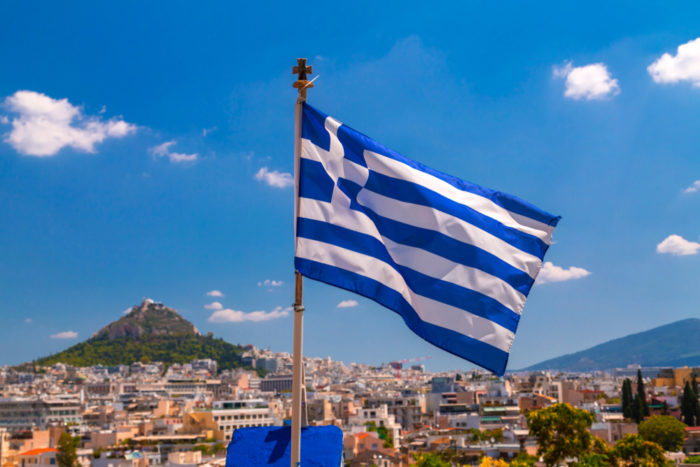 Greece tops the list of the most difficult countries in which to do business, according to new research into business complexity, with some of the world’s biggest economies—Brazil, Germany and China—not far behind.

The research from TMF Group, a provider of international administrative services, also concludes that big compliance variations continue between countries despite globalisation and the growing importance of international standards. The report comes as many UK companies consider expanding business operations outside of the EU as a result of Brexit.

TMF Group’s Global Business Complexity Index ranks 76 jurisdictions, analysing how difficult and unpredictable countries are for multinational firms wishing to operate in them. The report found that Greece was the most complex jurisdiction for business, followed by Indonesia in second place, while Brazil ranked third, and Germany at seven, with China placed ninth. The UK came in mid-table at 43, and the US at 66.

According to the report, the easiest country to set up and trade in is the Cayman Islands, just ahead of Curaçao at 75, and Jersey at 74. Mark Weil, chief executive of TMF Group, said: “The findings confirm that the business landscape has become more challenging. Any business looking to expand into new territories faces a formidable array of potential hurdles.

“Trade disputes, tariffs, rising nationalism and political unrest point to a shift from globalisation to economic fragmentation. This has made some of the world’s most commercially attractive countries among the most complex to operate in.

“More than ever, businesses with global ambitions must have a good understanding of the rules and regulations that prevail locally, and how to manage them.”

The research ranks countries according to their performance in three areas: rules, regulation and penalties; accounting and tax; and hiring, firing and paying employees. The findings were then statistically weighted. Europe offers a mixed result. Four of the top ten most complex countries for business are in Europe, though the continent also provides four of the easiest countries in which to trade: Netherlands, Denmark and Switzerland, in addition to Jersey.

A complex tax system and issues stemming from Brexit took the UK to its position in the table.  Weil said that for one in three countries, local rules, regulations and penalty systems “present major challenges”. This is exacerbated by frequent and significant changes in their rules.  The research found that 57% of jurisdictions had time-consuming processes for opening bank accounts. A quarter of the jurisdictions surveyed require directors of a company to be “native” or resident locally.

That said, trends in technology and regulation are simplifying processes, and the TMF Group report strikes an upbeat note. “Overall the global trend toward international compliance standards is good for business. While sometimes adding to the workload, it increases uniformity across jurisdictions, boosts transparency and reassures potential investors that a jurisdiction is a safe and secure place for businesses to operate,” it states.

A major business complexity issue to look out for is the difficulty of managing tax and accounting. A hefty 70% of jurisdictions impose their own formats for accounting. In 63% of locations there is no means of postponing a tax audit, while in 67% extended deadlines for tax or statutory filing is impossible.

Global pressure to fight tax fraud has, according to TMF Group, produced “harsh penalties” for those that fail to register for tax or fail to comply with regulations. In 45% of jurisdictions company directors face prison sentences for these offences. Many governments are attempting to make life easier for companies: 63% allow accounting to be maintained abroad while more than half—52%—allow tax to be paid from overseas bank accounts.

More importantly, digitisation is in the process of transforming reporting requirements in many locations. Of the jurisdictions examined, 51% allow accounts to be submitted electronically, while 39% require invoices to be digital. TMF Group’s report says: “New technology frequently suffers from teething pains and its takes time for businesses to learn how to company with new processes. In the long term, however, as platforms are refined and developed, the shift to online should benefit businesses by reducing complexity.”

Difficulties also stem from employment issues. TMF Group found that in 42% of jurisdictions business hit obstacles when trying to hire before establishing a local legal entity. Local employment laws can be difficult to understand, and often encourage local recruitment while inhibiting hiring from overseas.

In almost a third of jurisdictions, 29%, unions are highly influential, forcing companies to “establish and manage relationships”. TMF Group says that disciplinary procedures and firing underperforming employees is considered “complex” in more than half the jurisdictions.

TMF Group concludes: “Our experts believe their respective jurisdictions are moving in the right direction, creating opportunities for businesses. Even seven out of the ten ranked most complex predict they will develop more attractive businesses environments over the next five years.

“Businesses looking for overseas opportunities should cast their nets widely for the best expansion options.”

To view the full report from TMF Group, click here.