The world of work and business has changed fundamentally over the past 30 years, giving boards a range of new responsibilities. How should board structure evolve to reflect this new environment? 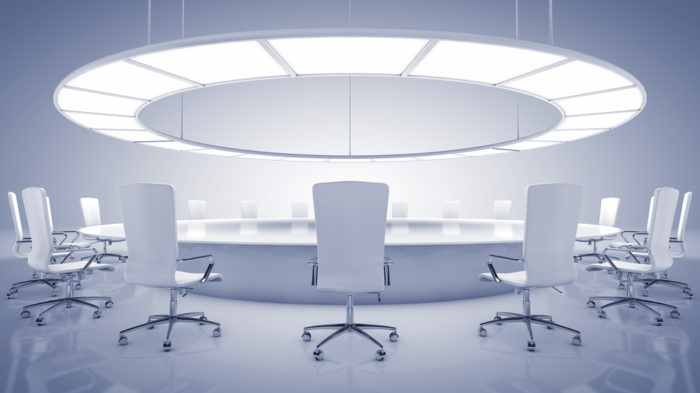 There have been enormous changes in the way organisations and individuals work over the past 20 to 30 years, but the structure of boards has not changed at anything like the pace of the organisations they lead. Fundamental questions need to be asked about whether the traditional board is capable of meeting the expectations placed on it and if this is the most efficient way of working if we are to have boards that are fit for the future.

We have seen an increase in the expectations placed on boards. The law, and the public, expect them to take direct responsibility for an ever growing list of issues. In parallel, the responsibilities placed on individual directors—for example, in the financial services sector—has increased as well.

The range of stakeholders that boards are expected to be accountable to has also expanded, putting greater focus on the board’s duties to employees, customers, suppliers and society at large.

Time pressure on directors has grown exponentially, but little consideration has been given to whether it is realistic or necessary for boards to be on top of everything that happens within their organisations

The volume of information that directors are expected to deal with has proliferated. As research by Board Intelligence and ICSA: The Governance Institute carried out in January 2019 has shown, board papers have increased in size to such an extent that the average board pack for an organisation with a turnover of more than £500 million is now over 300 pages, compared with 250 pages in 2017. Great swathes of information are going unread as directors are confronted with more information than they can reasonably digest.

Time pressure on directors has grown exponentially, but little consideration has been given to whether it is realistic or necessary for boards to be on top of everything that happens within their organisations. This begs the question, do core board functions—such as setting purpose, corporate culture, risk appetite and strategy, approving major financial and other decisions, oversight of performance, governance and compliance, as well as “contributing to wider society”—need to be carried out by a single body? If not, what might work better?

Some people argue that reversing the upward trend and reassigning responsibilities within the organisation would allow future boards to focus on their core functions. Others argue that the board is simply not the right place for certain responsibilities to rest as it is too far from the front line. Some go further and argue that not only should authority be devolved down the organisation but outside it as well, with more direct stakeholder involvement in decision-making.

The evolution of work

With the future world of work and business set to be a very different place from the world we know today, it seems pertinent to question if a division of the board’s strategic, operational and governance functions between different bodies might bring any benefits—and if so, what safeguards might be needed to ensure a consistency of approach.

Technological advancements have led to the creation of entirely new operating models. Changes in working practices have resulted in the rise of the gig economy and flexible working practices, such as remote working. The future nature of work and organisations is of particular pertinence to boards, with artificial intelligence and blockchain set to have as much impact on the world of work as mobile communications and the internet have had in the past 30 years.

With every evolution, new risks occur of which boards need to be cognisant. Outsourcing, for example, while bringing benefits it terms of costs and efficiency, has made organisations reliant on third parties for their performance and reputation and reduced the board’s oversight of those activities.

With every evolution, new risks occur of which boards need to be cognisant

The demands being placed on boards are increasing at the same time as their ability to meet those demands is diminishing. While regulators, stakeholders and the public have increased expectations about what boards should be responsible for, many boards have less visibility of parts of the organisation over which they preside and less control over some of the reputational and other risks that they face. So is it still reasonable to expect the job to be done properly, and on a part-time basis?

Many of the most successful businesses of recent years are those that have developed entirely new business models, using technology to transform the way in which they work rather than simply automating their existing processes. When it comes to the role and functioning of the board though, we are still at the “automating existing processes” stage.

Questions need to be asked as to whether board structures and responsibilities are out of step with the world in which they operate; whether there is a need for more radical thinking about what boards do; and what future boards should look like to enable them to be effective in the new reality. Four overlapping considerations must be borne in mind:

Chris Hodge is policy advisor at ICSA: The Governance Institute, and will be part of a panel discussion about The Future Board at ICSA’s Annual Conference on 10 July.

Board composition, board effectiveness, board information, board oversight, Chris Hodge, ICSA