How some expressions used in the boardroom can offend or reveal bias. Meanwhile, is the hunt for a new chair at an end? 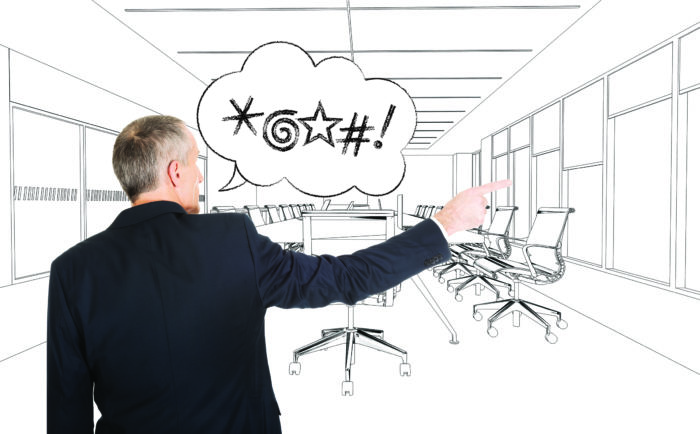 There is one offer, in draft form, which may be announced shortly so there is still hope. Let’s hope the potential candidate doesn’t get cold feet as we head towards the emotionally charged AGM season.

The heir apparent has won the approval of the chief executive over the course of a number of dinners and has been duly met by all the other non-execs who, desperate for a conclusion, are interested in how the candidate has so successfully wooed the nervous CEO, who has a salary policy vote coming up in common with all plcs in the next two years. Apparently the new chair has been very “reassuring”, “fully understands the position” and is “supportive in every way”. More spice to come me thinks. Watch this space.

So, on to another current topic: boardroom language and its use in the business world. As an executive newly arrived in the boardroom some 20 years ago, I was somewhat taken aback by the use of some expressions to denote strength of feeling. For example, one co-director turned to me and said: “It really gets on your tits, doesn’t it, when X happens?” I looked down to check. Nope, nothing on mine.

What was the other idiom? Oh, yes, the expression used to define interest in a potential acquisition: “That’ll blow up your skirt.” Or, to denote the opposite: “That one’s the last girl at the bar.” All said without a hint of sexism or embarrassment. Did I mention that the rest of both boards were male?

I went to see an HR director and explained, very politely, that these were not expressions that could be used in a mixed boardroom and either he could speak to my colleagues or I would. He spoke to them and it stopped. So, without having anyone offended or embarrassed an unconscious bias in language was resolved.

Many people are not aware of the implications of an expression that they use in regular speech and it is the responsibility of people who work together to make it clear when there are language uses that are offensive as, often, it is totally unintended.

From a slightly different, but a more recent perspective, I was listening into a commentary on a recent pitch the board had received and was surprised to hear a colleague say that, although the pitch was not for him, the woman leading the pitch was “rightly renowned for her business development blouse!” It was a very striking outfit and one calculated to have an impact. But was it a funny remark? I am not sure; it was pretty harmless, but maybe I am inured to these things after so many years in the boardroom.

The risks of bias in boardroom language

Often there is an underlying unconscious bias in the choice of words. A man is understanding, a woman sympathetic. A man is influential, a woman manipulative. This becomes particularly challenging in our “new” politically correct environment, where any person who perceives themselves to be a victim can make an allegation, say of bullying or sexual harassment, which can result in immediate garden leave for the alleged perpetrator pending an investigation into potential gross misconduct.

Often there is an underlying unconscious bias in the choice of words. A man is understanding, a woman sympathetic. A man is influential, a woman manipulative

This in itself can spell the end of a career. The investigation is not governed by normal laws of evidence, rights of representation or judgment from legal experts. The decisions are made by an employer, often with an agenda (conscious or otherwise) usually with an internal appeal mechanism to a board member.

How do you, the board member, respond to this when management are seeking your support for their decision but that decision is based on a subconscious gender-based bias: men are bullies and it is women who are sexually harassed?

Before you support, you need to be mindful that with no salary and no legal aid the ability of the average employee to go to tribunal is practically nil. Even if they do, a tribunal merely reviews whether the employer had reasonable grounds based on the evidence presented to make the decision that was made. So, there is no review of the interpretation of the evidence at all.

So, how do we avoid these situations? Maybe by a greater board focus on corporate culture and how it is lived in reality. Perhaps the updated 2018 UK Corporate Governance Code with its renewed emphasis on culture hasn’t got it all wrong.

The Secret Ned is a British board director with 30 years’ experience on the boards of the FTSE 250, small-cap companies and private, family-owned businesses.