A report from Glass Lewis has found that while corporate governance measures are addressing climate change, companies vary in how they are tackling the issue. 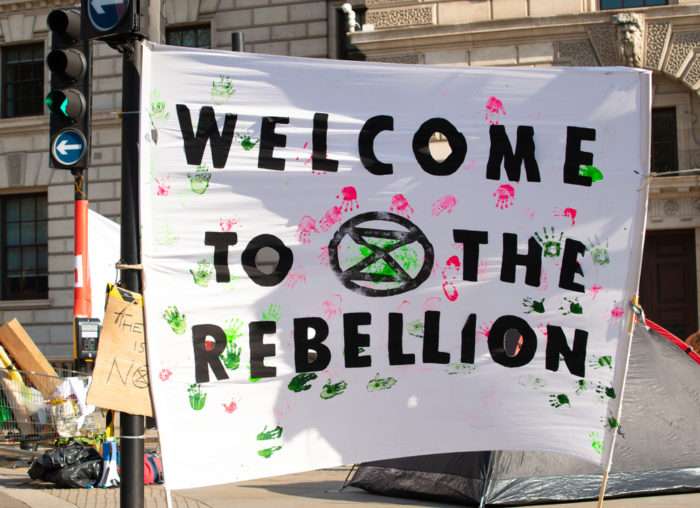 The Extinction Rebellion protests in London have thrown a spotlight on climate change. The demonstration at the London Stock Exchange, in which campaigners glued themselves to the building, served as a blunt metaphor for the close connection between business and the environment.

But while the protestors claim business and government is doing too little, governance measures are addressing the issue, even if the impact may be unsatisfactory to campaign groups. Indeed, a review by proxy advisors Glass Lewis —written for the Harvard Law School forum on corporate governance—concludes that Europe has keenly taken to adopting environment and social (E&S) concerns as part of corporate governance considerations.

The advisors have undertaken a close examination of governance changes driven by these E&S concerns. What they found, after looking at a group of UK listed companies, is that even though the European Union may have provided a high-level framework, and UK companies may operate under the UK Corporate Governance Code, there are big differences in the way companies tackle the issue through their own governance arrangements.

Take the bank HSBC for example, which comes in sounding particularly virtuous. Glass Lewis points out it was the only bank to make mention of climate scenarios in its 2017 annual report after the Bank of England said it would consider incorporating them into “prudential activities”. In 2018, the bank also reported according to the recommendations from the Task Force on Climate-Related Financial Disclosures, a step others have been slow to follow.

But the bank also has a web of board committees including a “conduct & values” committee which oversees the bank’s sustainability policies.

Then there is Diageo, the producer of alcohol brands including Johnnie Walker and Smirnoff. Here the chief executive, Ivan Menezes is “ultimately accountable” for meeting sustainability goals, while members of the executive committee share component parts of the company’s sustainability strategy.

Meanwhile, at global pharma business AstraZeneca, non-executive director Genevieve Berger supervises the implementation of sustainability issues on behalf of the board, with each member of the senior executive team tasked with a specific target. Five execs also comprise the company’s sustainability advisory board, who share the duties with four outside experts.

The Glass Lewis report says: “Whatever approach the issuer takes to its unit risk profile and market-context, the robustness of its governance in these areas provides a sound foundation for continuous dialogue and engagement.” That’s high praise for its case study companies.

However, the report also identifies some problems for consideration.

Firstly language. Terminology around the topics in E&S has yet to settle into a universal format. Boards and investors could find themselves using different terminology about their E&S approaches. It may mean they’re talking about the same thing; then again it may not. The advice from Glass Lewis? “A mindful use of language and meaningful disclosure that makes the assumptions implicit in language use explicit, is an important contributing factor to efficient and productive dialogue.”

There is also a warning that “wherever there is a unique lexicon constructed for the purposes of clarity, there will always be people who utilise that lexicon to obfuscate rather than reveal”.

Business models will need adjusting, good intentions made real as executed policy. But the governance structures show a start has been made

Secondly, there is a people issue. Or rather, board members should have the relevant skills. Glass Lewis says sustainability should be treated the way boards are currently focused on cybersecurity because of data leaks posing big risks to reputation.

“If a similar attitude is taken to environmental and social factors then investors should expect clear rationale for, not just the particular governance framework an issuer chooses, but also for their decisions as to the individuals involved,” says the report.

Glass Lewis has highlighted some of the better companies. It doesn’t mean all of businesses are pulling their weight when it comes to reducing carbon emissions. Business models will need adjusting, good intentions made real as executed policy. But the governance structures show a start has been made, though it may still be a work in progress. A survey conducted by Board Agenda last year found that board members understand the importance of addressing sustainability, but a new survey also reveals that leadership teams are still grappling with how to build the right policies and information to ensure they are meeting the challenge head-on.

Change will have to accelerate, there’s broad agreement on that. Last week Labour floated the idea of de-listing companies if they fail to take climate action. That may seem unrealistic. What’s not is the political race to display climate change credentials. Boards and companies should heed the warning.