Many campaigners advocate an “add women and stir” approach to fixing corporate governance. But this ignores the broader role of particular types of masculine business culture. 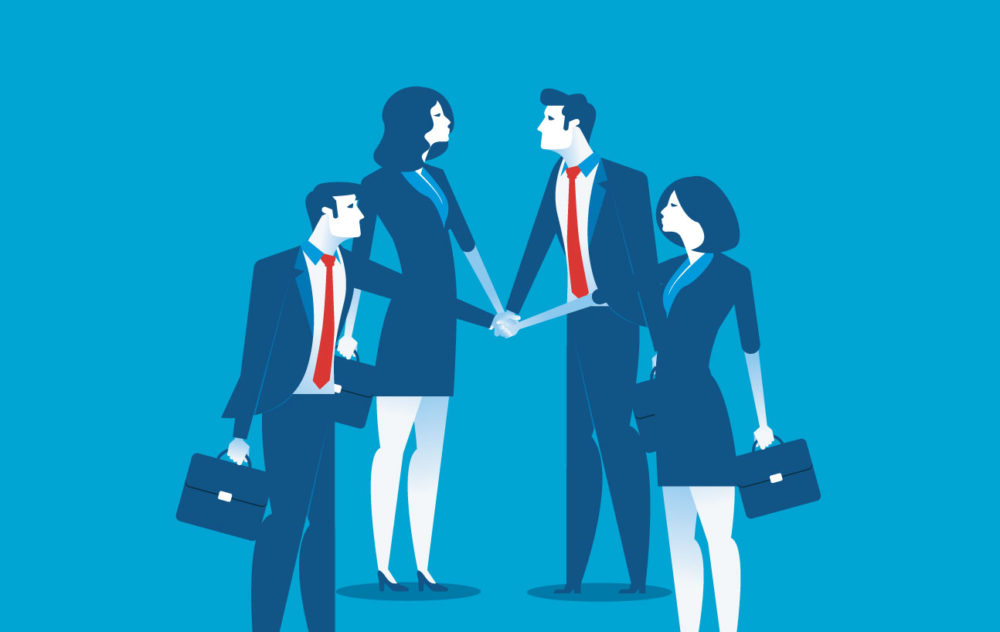 In the wake of the most recent economic crash, popular analysts looked at the gender of those involved in corporate governance and asked whether the recession would have happened if there were more women in senior corporate and banking management roles.

The press blamed “macho masculinity” and testosterone-fuelled recklessness for the financial collapse. On one level this was positive as it represented a shift away from the media’s traditional focus on bad apples when it looks at corporate malfeasance and crime.

Unfortunately, rather than pursuing this line of inquiry and considering what it is about companies (bad barrels) or the structuring of capitalism (bad orchards) that encourages the group performance of “macho masculinity”, testosterone as an explanation prevailed.

This allowed for the reinforcement of traditional gender roles where women’s inherently risk-averse natures render them suitable to solve market woes.

This article provides an introduction to sociological and criminological research, which is critical of the “add women and stir” solution to corporate governance issues by focusing on the enactment of gender by corporate actors.

Rather than testosterone-fuelled recklessness being the appropriate point of blame for the recent crash, it is the performance of a particular form of masculinity (in which specific gendered forms of recklessness are socially sanctioned) that is the better target of opprobrium.

This means that if more women are added to corporate governance structures without making changes to the underlying gendered business culture that incentivises unethical, unsustainable and sometimes criminal business practices, then women may attempt to adopt those masculine-coded (rather than inherently male) behaviours in order to succeed, or will exit those structures when the sexist practices
normalised by them become intolerable.

As such, creating true corporate sustainability requires making visible the gendered nature of the problematic practices and reshaping them, with the ultimate result of more women in meaningfully reformed corporate governance structures.

As originally formulated by RW Connell in the 1980s, hegemonic masculinity was understood to be the normative ideal of masculinity established through physical prowess, strong sexual impulses towards women, work and success in the paid market (enabling the gendered division of labour), competitive individualism, the pursuit of independence, and the capacity for violence.

Reformulated in 2005, Connell and James Messerschmidt noted that hegemonic masculinity is not a singular concept. Instead, hegemonic masculinities exist at local (families, communities and organisations), regional (societies, cultures and states) and global (transnational businesses, media and politics) levels.

Their relational nature means that hegemonic and non-hegemonic forms of masculinity inform each other. It also means that masculinities (and femininities) are not simply imposed on individuals but can be resisted by them and are subject to change.

However, hegemonic masculinities are not self-reproducing, which is why the boundaries of the masculinities that are deemed hegemonic at a particular place, in a given time, require continual policing.

Although Connell’s work has been criticised, it is recognised as foundational in masculinities research.

An important contribution to the study of corporate masculinities has been her insight that corporations are gendered male. She writes: “Gender shapes job definitions, understandings of ‘merit’ and promotion, management techniques, marketing and a whole lot more.”

Richard Levin’s study of the American Commodities Exchange (ACE) supports this. He found that traits traditionally associated with masculinity—such as being aggressive and physical—implicitly informed the understanding of what made a trader competent.

Yet, because gender is an ongoing accomplishment, in addition to paid work being implicitly gendered male, the practice of work becomes explicitly so through physical or discursive means.

Without the proof of manliness that physical labour provides, Joan Williams found that white-collar men “shift the definition” of what it means to be “a man” by working long hours. Discursively, masculinity is performed in male-dominated work environments through the use of masculinised aggressive language and imagery.

For example, as Jennifer Pierce notes, the language lawyers use to describe peers they admire is “not only intimidating but strongly masculine” (e.g., Rambo litigator, hired guns, barbarians of the bar). They also use aggressive and sexualised imagery to describe their work. Cross-examination is a “mental duel” where the object is to “destroy witnesses” or “rape” them.

The same is true of the ACE futures traders observed by Levin. They described their work as “war” or as a “battle”.

The metaphors that corporate actors use to express success and failure are also masculine-coded. As well as military metaphors, the two most commonly discussed in the literature are sports or sexual prowess/violence. These metaphors facilitate homosocial bonding between the (appropriately heterosexual) male employees and exclude the feminine/feminised “Other”.

In the merchant banks of London, successful traders were “big swinging dicks”, while a “hard on” was a rising market, “lift your skirts” meant to reveal your position, deals were “consummated”, and to exaggerate one’s expense claims was “to rape the cards”.

In a recent case, the Libyan Investment Authority (LIA) unsuccessfully sued Goldman Sachs for abuse of trust in trades executed between January and April 2008. The plaintiffs presented in evidence an email from a Goldman executive who described LIA as “unsophisticated” clients whom “anyone could ‘rape’”.

This exclusionary language co-exists with, and possibly legitimates, exclusionary practice. A report into London’s financial institutions in 2008 described a “lap dance ethos” that undermined women who worked in those firms.

A 2014 survey by the Financial Times found that sexism was particularly prevalent in fund management, with a fifth of female fund staff having been sexually harassed at work, and a third reporting that sexist behaviour was directed at them on a weekly or monthly basis. The repeated awarding of damages to women in corporate sex discrimination lawsuits is testament to the scale of the problem.

In line with Connell’s theory that masculinities are not self-reproducing, men who fail to live up to the socially constructed masculine norms being policed also face negative repercussions. This can often take the form of physical and/or verbal abuse.

This negative reinforcement of aggressive and reckless masculinity has implications from a corporate sustainability perspective in that the kinds of considerations that underlie sustainable practice—such as prudence or concern for social justice and environmental issues—are coded feminine and thus become unspeakable for those seeking to present themselves as conforming to the hegemonic norm.

Connell did not focus on the relationship between masculinities and crime, although she suggested that through committing crime men are, in part, “doing masculinity” when other legitimate routes are blocked.

In the ensuing criminological engagement with masculinities, research has tended to focus on male violence against men (particularly in working-class areas) and women.

However, it is also useful in understanding how corporate culture, particularly the visible rewarding of (il)licit masculine risk-taking behaviour, creates an environment conducive to crime.

Neutralisation techniques operate on two levels. On an internal level they permit and/or excuse the commission of crime, allowing the offender to maintain a favourable self-impression. On an external level they allow offenders to present a socially acceptable narrative of their behaviour and so justify it to others. This helps to explain why, when white-collar criminals attempt to justify their offending, they do so in gender and work-appropriate ways.

For example, when male offenders appeal to higher loyalties to justify their wrongdoing, they point not only to family breadwinning responsibilities, but also to a wider category of dependents for whom they felt responsible, such as the need to save the company and thereby save the jobs of other employees.

By way of contrast, women highlighted their caregiving role and focused on familial relationships. The grounding of neutralisation techniques in industry norms is evident in recourse to the claim of normality. This claim reflects the misanthropic view of society that is held by white-collar offenders, where everyone is dishonest and self-interested and those who do not engage in legally questionable practices are naïve.

However, this belief that corruption is endemic and necessary in business is not confined to corporate offenders. A 2013 survey of the Wall Street financial services sector undertaken by law firm Labaton Sucharow found that 52% of those surveyed believed that their competitors engaged in unethical or unlawful behaviour in order to gain a competitive edge, and 29% believed it was necessary to do so in order to be successful in the industry. Indeed, 26% believed that bonus structures within the industry incentivised such behaviour.

A subsequent survey of the US and UK financial services industries found that 47% believed that their competitors engaged in unethical or illegal activity (increasing to 51% where the respondent earned $500,000 or more per annum) and 33% believed that bonus structures encouraged such behaviour.

Taken together, the research summarised here tells us that it is insufficient to “add women and stir” and expect that corporate governance issues will be resolved.

Accordingly, it is necessary to make visible the gendered nature of the problematic individual, group and corporate practices and reshape them at local, regional and ultimately global levels.

This is because the gendered recklessness that was implicated in the recent recession was not unique to it, nor to individual bad apples. Gendered behaviour within corporations has played and continues to play a role in other ongoing economic, social and environmental harms.

At a minimum, companies need to adopt positive and negative self-governance mechanisms (anti-sexism, anti-racism and anti-bullying policies, and codes of ethics and best practice).

Gendered behaviour within corporations has played and continues to play a role in other ongoing economic, social and environmental harms

A more ethical work environment will necessarily result in better working conditions for all employees, but particularly for women. This is because the problematic masculine-coded performances that have been considered here would no longer be tolerated, thus reducing or removing gendered barriers to women’s advancement and ultimately leading to more women in corporate governance roles.

This is an egalitarian good in and of itself, independent of any financial benefit to the company or the economy.

Research shows us that corporate actors are part of corporate and societal culture rather than autonomous individuals who stand apart from it, and as such they will respond to norm-setting cues in their social environment.

Indeed, as professionals who have invested time and effort in order to attain success through respectable means, corporate actors are ideal candidates for normative measures designed to nudge them towards socially, economically and environmentally sustainable behaviour.

To return to Connell, hegemonies are not immutable. Masculinities and femininities are relational and shifting, which means that corporate culture can be changed for the better if there is sufficient will to do so. At some point, the increasing economic, social and environmental costs of conducting business as usual will make such change imperative.

Dr Catherine O’Sullivan is a professor in the School of Law at University College Cork. Her article, The Gendered Corporation: The Role of Masculinities in Shaping Corporate Culture appears in the book, Creating Corporate Sustainability: Gender as an Agent for Change, Beate Sjåfjell and Irene Lynch Fannon (eds), (Cambridge University Press, 2018).