A report from the Workforce Disclosure Initiative shows that while the volume of reporting on worker issues is up, the quality remains variable. 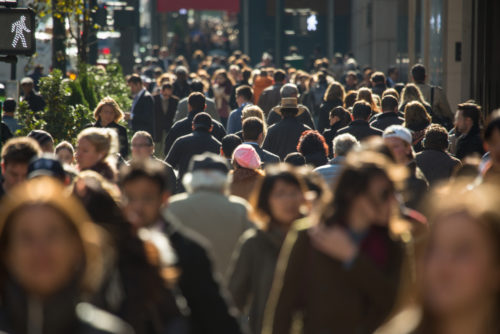 In an age when companies are coming to terms with calls from all directions to define their societal purpose, it is logical that some should focus on the way workers are treated.

Employees form perhaps the most important stakeholder group beside shareholders. But not all companies treat workers the same.

Cue the Workforce Disclosure Initiative (WDI), a project backed by 120 investment firms designed to persuade companies to report in more detail on how they see the “risks and opportunities” in their workforces.

A recent report reveals that progress is good. Ninety companies now report on employee issues, up from 34 in 2017, covering around eight million workers. This includes organisations from Australia to Switzerland and from the US to Japan and China.

But while the volume of reporting is on the rise, the WDI worries that the quality of reporting has still a long way to go.

According to Charlie Crossley, project coordinator of the WDI at ShareAction, a not for profit: “The workforce is rising up the agenda of boards, it seems. It’s clear from the fact companies are gathering this data on both direct operations and the supply chain that they are taking steps in the right direction.

“However, we think there is still a gap between willingness to engage in the process, which is great, and the actual quality of the data that is disclosed to the survey.”

It’s early days in the WDI project so it is perhaps understandable that results of the survey are what they are. But ShareAction did draw some conclusions.

“We think there is still a gap between willingness to engage in the process, which is great, and the actual quality of the data that is disclosed to the survey”

There was plenty of information about the demographics of their direct employees. But data about workers in their supply chains was largely ignored.

There were few details about low-paid workers. “Companies showed low levels of understanding of the living wage and there was little meaningful data and good practice” relating to “contingent” (contract, agency, gig economy) workers.

Likewise there was little disclosure of measures to protect contingent workers, through working conditions, safeguarding fundamental rights and equal opportunities.

Lastly, ShareAction concluded that companies may disclose large volumes of information, but that doesn’t mean it’s useful. There may have been “extensive” reporting of workforce governance, but it often lacked key information.

An asset, not just a cost

ShareAction makes a number of recommendations, including the obvious, such as increased public reporting of workforce data and prioritisation of data collection.

But it also recommends something slightly more difficult: departments in the same company should share information and coordinate to manage workforce risks and opportunities.

Investors, ShareAction says, should pile the pressure on and engage more on workforce disclosure topics.

But there is also a belief that boards should have a bigger part in changing cultural attitudes to workforce issues. In short, they could use disclosure to demonstrate that their workforces are viewed as an “asset” and not just a cost.

According to Charlie Crossley, many companies still appear to view their employees “purely in terms of risks, rather than in terms of opportunities.” Changing this, he says, would help managers and boards build long lasting relationships with suppliers, or instigate more stable contracts with contingent workers.

Attitudes are changing. Legislation—rules on gender pay gap reporting, the coming ethnicity pay gap reporting, or CEO-worker pay ratios—are going some way to shift attitudes to workers and making conditions fairer for them. Some of those measures are now being used by investors as proxies for a company’s corporate culture—investors who also wish to see executive pay placed under control.

Workforce disclosure also fits nicely with other trends. For some time companies have also discussed the necessity of demonstrating their sustainability credentials in order to attract the right talent. It makes sense to argue that actual working conditions would create an additional competitive advantage.

Crossley says that investors should be engaging on the benefits of workforce disclosures, not least because recent evidence shows that “investing in and developing” the workforce is a “fundamental benefit”. Treating workers well is “actually good for business,” he says.