Comment: The special committee’s investigation into governance issues highlighted by the Carlos Ghosn affair reveals a corporate culture that allowed the “concentration of authority” in the CEO and a board that felt unable to ask the necessary questions. 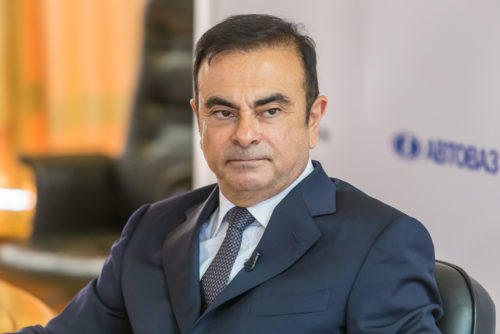 Just 20 minutes. That’s the time Carlos Ghosn allegedly allowed for each board meeting when he was heading Nissan.

Whatever the facts surrounding Ghosn’s guilt or innocence of the charges he now faces, that nugget of information stands out as a red warning light.

The disclosure that Nissan’s boardroom get-togethers were so brief comes in the report published this week from the car maker’s Special Committee for Improving Governance.

Headline writers were quick to highlight the report’s conclusion that a “personality cult” existed around Ghosn that made his behaviour “impenetrable territory” that could not be questioned.

The report says Ghosn “realised concentration of authority in himself” through domination of appointments and remuneration of senior managers. It alleges he cemented this power through the appointment of a single director, Greg Kelly, to run administrative affairs. According to the report, any questioning of remuneration or appointments, Kelly, or the so-called “office of the chief executive” were met with vague answers that gave little away.

At Nissan, the report says “dissenting views” could be met with suggestion that “they would be removed”.

What emerges, therefore, in the under-reported recommendations of the committee, is a strategic effort to drastically reduce the powers of the CEO at Nissan.

The process of distributing accountability through committees may be considered bureaucratic and mundane. But try functioning without it and the risks are all too clear

Those used to Western norms will be surprised to hear that the major prescription for improved governance will be to move Nissan from its current complex, “traditional” Japanese governance structure to a slimline “three statutory committees” system. In other words: audit, nominations and remuneration committees.

This is worth reflecting on. For many in business the process of distributing accountability through committees may be considered bureaucratic and mundane. But try functioning without it and the risks, as far as Nissan’s special committee is concerned, are all too clear.

Some of the other recommendations of the committee include:

The report highlights the need for corporate culture to change, not least switching attention from short-term aims to mid and long-term objectives. The CEO’s office will become subordinate to other departments and the rather opaque “CEO’s reserve” fund is to be abolished.

Over-reliance on a single chief executive is always risky. However, it’s not hard to see how it happens if they appear particularly successful.

But there’s a further issue connected to Nissan’s report. The business world has for some time battled with a “trust” deficit. Ever since the financial crisis, a succession of corporate scandals and endless headlines shining a light on excessive executive pay, the discussion among business organisations and politicians has been focused on how to rebuild trust in business—indeed, how to rebuild trust in the capitalist system.

Reports of a chief executive who was “deified”, who could not be questioned, who built opaque corporate structures to duck accountability, only feeds into the public perception of business being much less than honest. It confirms the narrative of business suffering from moral bankruptcy.

What Nissan’s report recognises is that even high-flying CEOs are accountable to their companies, not the other way round. That’s something worth remembering, not just in Japan, but here in Europe too, where chief executive pay settlements seem to indicate that chief executives are treated reverentially.

“SCIG [the special committee] believes that it is unfortunate for Nissan that under the Ghosn system, there is a perspective that no goals that it should reach had necessarily been discussed in an effective way in meetings of the board of directors or the executive committee and other management meetings.”

The board is there for a reason. It must be allowed to do its work, not least to actively prevent the “deification” of its CEO, to question and to challenge. Most of all, it should define an organisation’s purpose. Without those elements we will always see CEOs who come to believe their own propaganda.