As the 2020 US presidential elections approach, political donations are a hot topic for companies and their customers—and a potential source of reputational risk. 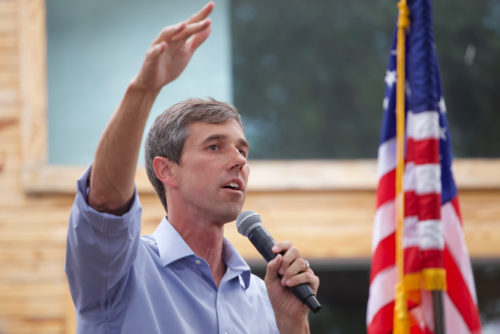 If there’s one thing certain to cause consternation in US political discourse, it is the source of political funding.

A case in point: In the same week Democratic candidate Beto O’Rourke broke fundraising records, others were writing how he once drew funds from businessmen who had previously donated millions of dollars to Republicans.

The issue now is whether US companies will come clean and reveal the donations they make to politicians and thus dispel concerns about murky funding arrangements. The signs this week, following a raft of statements from high-profile companies, are promising.

Ameriprise Financial, Chubb, Mondelez International, MSCI and Tractor Supply are the latest to say they will go public with information about political donations, signifying another small victory for corporate governance campaigners.

“This is recognised by companies as a major corporate governance issue,” says Bruce Freed, president and co-founder of the Center for Political Accountability (CPA).

But while the latest news makes the issue look as if it is beginning to bite, the process of persuading companies to open up about political spending has, in fact, been under way for some time.

The CPA was launched 15 years ago and has partnered since then with investors on introducing model shareholder resolutions calling for better disclosure.

Since 2011, the CPA has been rating companies on their disclosures on an annual index. Last year’s revealed disclosure and accountability was up slightly on the previous year for companies in the S&P 500. The number of companies rated as “trend setters”, after logging the highest scores, rose from 50 to 57. And this in an environment in which the CPA says companies are under pressure from Washington not to increase disclosure.

“Quietly,” the report says, “these companies are resisting [that pressure].”

Intriguingly, the current political climate may have helped the cause. Freed says the campaign for better reporting has seen a recent boost. “It has been an important issue since before Trump, but I think companies recognise it has become even more critical since Trump.”

This may be because of a significant divergence between Trump policy positions maintained to appeal to core supporters and the rest of the general population. But Freed adds that social media has also had a significant role to play in convincing companies that political spending can present problems.

“The rise of social media has been absolutely critical because a company that engages in controversial expenditure runs the risk that protests will be made via social media and suffer reputational and business damage,” says Freed.

There are numerous examples. Last year Delta Airlines ended an affinity deal with the National Rifle Association following a consumer backlash in the wake of the Parkland shooting in Florida that killed 17 students and staff at the Marjory Stoneman Douglas High School.

Back as far as 2010, the CEO of retail group Target was forced into a public apology over donations to the campaign of a gubernatorial candidate following a consumer campaign that called for a boycott of the company’s stores. The candidate reportedly opposed gay marriage. Shareholders asked Target to change their donations policy.

“Corporations need to figure out how to monitor social media and social media comments, shares and retweets about political events because it could blow back on them via the fact that they made a financial contribution”

Such events have had an influence. Freed tells Board Agenda that during one recent meeting with the CPA, a company secretary openly worried that political donations that proved controversial could lead to customers turning to competitors.

Concerns about the potency of social media are present elsewhere. Mike Cornfield, a professor in political studies at George Washington University, has developed a method for monitoring communications on platforms such as Twitter, Instagram and YouTube. He warns that companies that previously monitored their own reputations on social media are now focused on monitoring the reputations of candidates who receive donations.

“Corporations need to figure out how to monitor social media and social media comments, shares and retweets about political events because it could blow back on them via the fact that they made a financial contribution,” says Cornfield.

However, that in itself may not be enough. As social media platforms come under pressure from public and regulators to reform, so the dissemination of information may take on new forms, which in turn could change the ways in which companies are affected. Corporates therefore need to not only monitor the messaging, but changes to the infrastructure on which it takes place.

Freed believes companies will have to work on ensuring that their political spending decisions are in line with their values. “Where there is a dissonance, a divergence, companies face a real threat,” says Freed, who warns that millennials—the group most active on social media—are likely to pose the biggest risk.

But there is also the possibility of the bringing in new laws. These have been called for in the past most notably by academics Lucian Babchuk and Robert Jackson who co-chaired a committee in 2011 that called on the Securities and Exchange Commission to introduce rules “requiring public companies to disclose their spending on politics”.

Despite recording more than a million public comments on the proposal, new legislation has yet to be introduced. Though it is worth noting that Jackson became an SEC commissioner in January last year.

That said, some believe real progress on the issue will come not from rule makers but from companies themselves. Freed believes that with so many corporates turning to disclosure and accountability policies they are effectively involved in what US observers term “private ordering”—the process of common practice effectively taking the place of law as it becomes the norm.

Others have seen it too. In a 2017 paper Robert Yablon, a professor at the University of Wisconsin Law School, explored the need for regulation of political spending. He held little hope of a change in the law coming any time soon. Instead he looked to “private” reform.

That may mean continuing to press the argument that disclosure and accountability are, as Freed says, a “dollars and cents” issue.

“The important thing,” he adds, “is that senior management recognise that political spending poses a risk and this is a risk management issue. That’s significant.”