The recently revised UK Corporate Governance Code has re-emphasised the importance of whistleblowing. Resources are available to help boards ensure they are well placed to support the process. 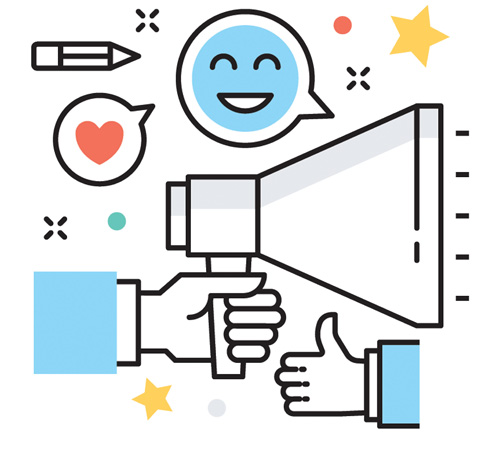 Misselling financial products to meet bonus targets. Unsafe working practices on construction sites. Breach of food safety regulations putting consumers at risk of illness. Sexual favours for disaster relief aid. Abuse of residents in care homes. These are a few examples of the thousands of potential harms that workers have raised with the whistleblowing charity Protect, which has “Speak-Up, Stop Harm” as its motto.

Many of the cases have not only put innocent third parties at risk, but have also damaged organisations as a result of regulatory sanctions, adverse media coverage, scrutiny by politicians and adverse consumer reactions. And in many of these cases, those at board level in the organisations had no idea that those poor practices were happening until they had reached a level of severity which meant that damage to the organisation was inevitable.

Once poor practices have damaged an organisation, it makes it more likely that there will be damage to the reputations of individuals with leadership responsibilities. Of course, the greatest risk rests with executives (and the introduction by regulators of increased personal accountability, such as the senior managers’ regime in financial services, has increased that risk) but there is also risk to non-executive directors, particularly board and board committee chairs. Questions are likely to be asked—sometimes in uncomfortable public forums—about the effectiveness of oversight by non-executives.

Given this context it is in everyone’s interests (the public, the organisation, its workforce and its directors) that potential harms are identified at the earliest possible moment so that, if genuine, they can be nipped in the bud by management in private thus avoiding the risks of additional damage that can result from external interventions.

It is sometimes said that internal audit and compliance functions can be “the eyes and ears of the board”, but even if those functions are well resourced, they might only amount to around 2% of staff. Inevitably they will not be able to pick up all poor practices, notwithstanding their aspirations to provide “assurance”. Poor practices are much more likely to be identified at an early stage if 100% of workers (including contractors) are “the eyes and ears of the board” and can use effective and well-understood arrangements to raise concerns in a safe manner. 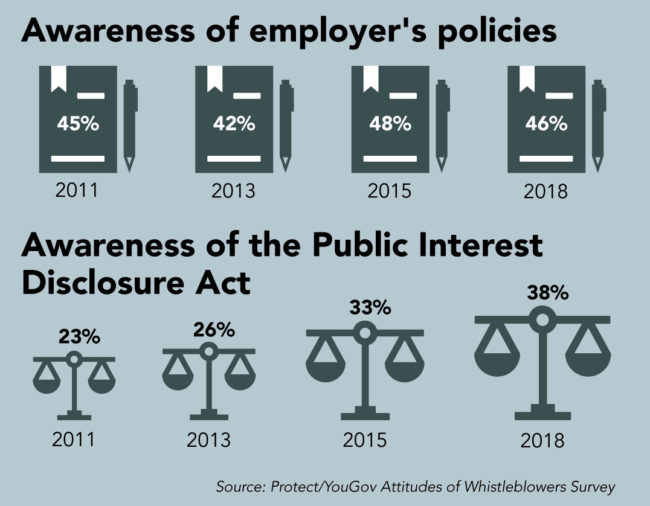 The importance of effective speak-up arrangements has been recognised for some time, but has been strengthened by the 2018 Governance Code published by the Financial Reporting Council. The 2016 version of the code contained a provision in the accountability section under which “the audit committee should review arrangements by which staff of the company may, in confidence, raise concerns about possible improprieties in matters of financial reporting or other matters.” (my emphases).

The 2018 version of the code contains the following principle in the board leadership and company purpose section: “The board should ensure that workforce policies and practices are consistent with the company’s values and support its long-term sustainable success. The workforce should be able to raise any matters of concern.” (my emphases).

This new principle is supported by a provision which sets out an expectation that the board should routinely review the means for the workforce to raise concerns and the reports from its operation.

One source of help for boards and workers is Protect. Established 25 years ago as “Public Concern at Work”, it seeks to make whistleblowing work better for both employers and workers. We provide advice and training to organisations as to how to make their arrangements for workers to raise concerns more effective. Our clients include major banks, media organisations, charities, health and care providers and professional bodies. We have recently developed a benchmarking tool to help organisations assess the effectiveness of their arrangements and to compare their practices with others.

Even in well-meaning organisations, the odds are stacked against individuals who are considering raising concerns about potential harms and many choose to stay silent

We also provide free, confidential and legally privileged advice to workers who face a whistleblowing dilemma. Our advice line is much more than a reporting postbox; we take time to understand the situation that an individual is facing, and give them practical advice on how to raise their concerns safely. We deal with around 2,500 cases each year and in the course of our 25-year history have handled around 40,000 cases.

Even in well-meaning organisations, the odds are stacked against individuals who are considering raising concerns about potential harms and many choose to stay silent—until after the issues have gone public. Given the organisational and personal risks it is important for directors to listen for a whistle.

Paul Boyle is chair of the whistleblowing charity Protect.