Recent corporate collapses such as BHS and Carillion have put “going concern” statements in the spotlight. New guidance will make non-executive directors—especially those on the audit committee—part of the assessment. 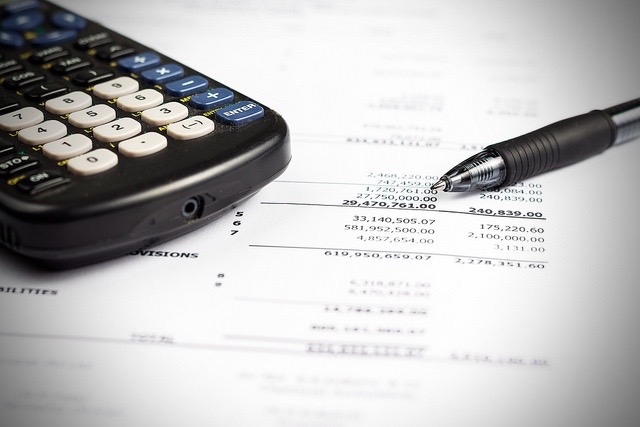 At the current rate, financial reporting watchdogs modify the rules about the much-discussed “going concern” statement every five to seven years. This week the Financial Reporting Council maintained the record, this time with an overhaul that not only boosts the role of auditors, but also charges them to go above the heads of management to those in charge of governance if they believe their worries are not being heard. Non-executives, especially on the audit committee, are now firmly part of the going concern assessment.

Going concern judgements are part of the audit of annual accounts. To give it the technical description, a company is a going concern if management has no reason to “liquidate the entity or to cease trading, or has no realistic alternative to liquidation or cessation of operations”. In other words, the business is not going bust; auditors and management have reason to believe the company will keep doing business. This is important because it gives a company the clean bill of health it needs to reassure investors and lenders.

They became the focus of controversy in the immediate aftermath of 2008’s financial crisis because so many auditors concluded rescued banks were “going concerns” in the few months immediately prior to the crash. This raised concerns that no warnings were given and prompted further debate about the purpose of audit and going concern assessments.
Soon after the financial crisis the FRC looked at the topic in a study: Going Concern and Liquidity Risk Disclosures. A further report followed in 2012, with more guidance coming in 2016.

Going concern statements are in the headlines again because it has figured in the investigations launched into the auditing associated with recent high-profile corporate collapses. The FRC has looked at the going concern conclusion reached by PwC in its audit of high-street retailer BHS, while the issue is also at the heart of a probe into the audit of construction giant Carillion by KPMG, after the company crumbled at the end of 2017.

Auditors are being asked to go further when questioning management. If they cannot get the answers they want, they should go to those “charged with governance”

The most recent update—a revision of the International Standard on Auditing (ISA) 570 Going Concern—concentrates on what auditors do. They will have to report more on their own work testing whether management assessments are “appropriate”. They will also need to challenge the evidence they receive more robustly and evaluate the “risk of management bias”.

But auditors are also being asked to go further when questioning management. If they cannot get the answers they want, they should go to those “charged with governance”.

“If management is unwilling to make or extend its assessment when requested to do so by the auditor, the auditor shall discuss the matter with management, and if appropriate, with those charged with governance,” says the FRC.

If that doesn’t help reach a going concern conclusion, auditors should then ask whether there has been a deficiency in internal controls.

Mike Suffield, the FRC’s acting director of audit and actuarial regulation, said: “Our proposals will significantly expand the work of auditors—however, we believe this to be an important investment in the quality of the work that underpins what is a cornerstone of audit.”

This is not the first example of non-executives being pulled into the debate over audit during the past 12 months, which has seen an intense focus on the audit market, the way it functions and its regulation. Indeed, the Competition and Markets Authority (CMA) has already proposed changes to the way auditors are structured but also regulatory supervision of audit committees and their process for appointing auditors. Recommendations have also been made to replace the audit, governance and financial reporting watchdog, the FRC, with an all-new organisation.

However, not everyone sees the involvement of non-executives, or a focus on going concern statements, as the real problem. According to Tim Bush, head of governance and financial analysis with Pirc, consultants to shareholders, the key issue is the accounting that takes place before the judgement is made.

Bush argues that the relevant law—the Companies Act 2006—asks auditors to test whether a company has made “adequate accounting records”, but guidance asks auditors to examine processes. Bush says this substitutes “an investigation” of the accounts by auditors for a “conversation” with directors.

“It’s not helpful to audit committees if the framework for auditing the accounts doesn’t fit with the real drivers of being a going concern. Huffing and puffing doesn’t keep a company alive”

Bush also worries that the current framework for accounting and audit has little to say on preparing and auditing holding company accounts. This is a problem, Bush says, because problems at subsidiary or parent company level can affect the position of a holding company. Bush cites problems at Carillion as an example of how issues at subsidiary level were not reflected at the group level, leading to dividends being paid to investors in the months immediately preceding the company’s collapse.

“It’s not helpful to audit committees if the framework for auditing the accounts doesn’t fit with the real drivers of being a going concern. Huffing and puffing doesn’t keep a company alive,” says Bush.

The issue of holding companies has been made more sensitive by a High Court ruling at the end of January in the case of a claim against auditors Grant Thornton (GT) by former client AssetCo, a group company owning a number of subsidiaries providing fire and rescue services.

The ruling addresses whether GT was liable for dividends paid based on a faulty audit of flawed accounts. GT accepted it “might be liable” for dividends unlawfully paid, if the payments relied on “negligently audited accounts”. However, the firm escaped liability because company directors made a “highly unreasonable” decision to push ahead with the dividend given the information that was available to them.

Nevertheless, the ruling will chill auditors concerned about their potential liability for dividend payments distributed based on a clean audit opinion.

In the meantime, the new going concern guidance will be pored over while non-executives prepare for harried auditors to come calling for help. And perhaps, out there in the not too distant future, we can expect another revision.

Consultation on the FRC proposal closes on 7 June, 2019.