Research finds an increasing number of ethical lapses reported in the tech industry, while banking and finance continues to be the biggest area for wrongdoing. 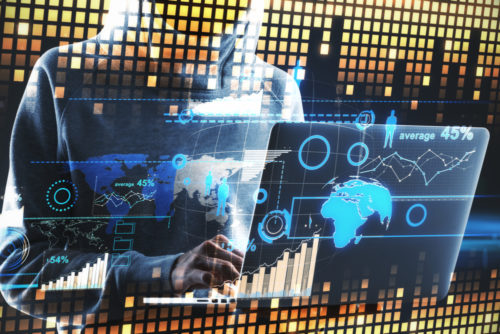 Just a few weeks ago Google received a record €50m (£44m) fine under data protection regulation, sending out a clear warning that companies need to proceed with extreme caution when harvesting, storing and using customer information. Now it has emerged that the IT sector, including social media, has seen the most significant year-on-year growth in reported ethical lapses.

The figures come from the Institute of Business Ethics (IBE), which monitors the number of news stories in the UK media featuring “lapses” in business ethics.

Banking and finance remains the area with the highest number of stories focused on ethical missteps, but IT has gone from number three to number two, indicating a significant uptick in the volume of bad news emerging from the tech sector.

Fuelling the rise was the introduction of the EU’s General Data Protection Regulation (GDPR), giving customers or website users greater rights over their personal data.

But hacking is also an issue. Last year saw cyber security breaches at British Airways, T-Mobile, Facebook and Google+ grab the headlines as millions of customers had their data stolen by criminals.

Hacking caused the public to “question how their data is stored and used, which forced some companies to defend the way they manage the personal information of their customers and other stakeholders,” according to the IBE.

But non-compliance with regulation is now a major issue for tech companies. Google’s €50m fine from the French data regulator in relation to GDPR breaches was the first penalty of its scale. Experts believe, however, it will not be the last. In a clear sign that some of the biggest IT players are at risk, Ireland’s data commissioner opened an inquiry into Twitter last month.

There have been sharp reminders that companies need to take care. On the recent Data Protection Day, UK information commissioner Elizabeth Denham said: “In these data-driven times, when public trust in how personal data is used is low, organisations must seize the opportunity to have a positive and direct impact on consumer and citizen trust.”

Meanwhile, banking and finance has its own worries, driven largely by news media focusing on historical events.

“This, perhaps, indicates that the public is looking for greater openness about business culture,” according to the IBE.

“As a result, the media is responding with a more active approach to exposing lapses which have happened in the past and it seems that the banking and finance sector is still trying to catch up with the consequences of these prior ethical lapses.”

Researchers at IBE say while most reported events are historical, it does not necessarily mean current behaviours are improving. The figures do demonstrate that reporting of ethical lapses in other sectors is growing.

Perhaps the headline issue for most workers will be news that treatment of employees was the subject of most reports of ethical lapses, according to the IBE. Much of this was generated by the treatment of workers in the gig economy and on zero-hours contracts, a section of the workforce on the front line of many new services driven by the digital economy. That could mean the companies in those areas still need to work on their cultures.

That said, recent news stories—including the delivery company Hermes and its new deal for drivers—also demonstrate a big effort to get on top of the problem. Linn Byberg, a researcher with the IBE, points out that “gig economy employers are trying to improve their reputation and workers’ rights in an industry that has yet to find answers to a variety of business ethics questions and dilemmas.”

The IBE’s report outlines the dangers of failing to grapple with ethics. “Any company mentioned in such a news story often suffers reputational damage and may be implicated in legal proceedings for breaking the law or to attempt to relieve the damage caused,” it says. You’ve been warned.