US bank Citigroup has agreed a deal to share “confidential information” with activist investor ValueAct. EU regulation means a copycat arrangement would be tricky in the UK. 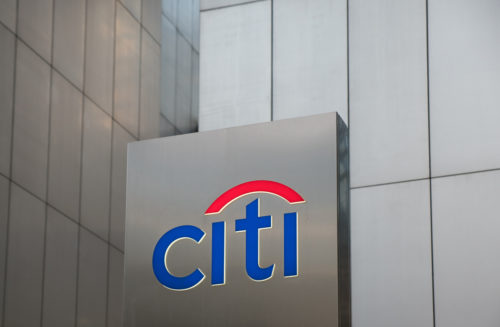 The interest of an activist investor in a company often sparks a slew of lurid headlines describing interactions with the board in conflict terms: it’s a “fight” or a “battle”.

However, a recent deal between US bank Citigroup and activist investors ValueAct seems to point to a new way of doing things. By agreeing to share “confidential information”, the pair may have headed off stories about conflict, in favour of working together. Indeed, Citi’s stock jumped after publication of the news.

But does the arrangement offer a brave new world where activists and boards can co-exist in a cosy new relationship? According to the experts, it’s probably best not to build your hopes up.

The deal looks like a reassuring arrangement. The agreement provides for a “deeper level of engagement and collaboration” and ValueAct will refrain from demanding seats in the boardroom for the duration of the scheme in return for “confidential information about the company”, as well as engagement with the bank’s senior management team and the board.

The warm tone of Citi’s press release is buoyed by ValueAct’s reputation for being a different kind of activist, what has become known as a “constructivist”—a fund that takes a much less aggressive approach to their investee companies. It eschews the now ubiquitous PR battle over demands for strategic change, or boardroom places, in favour of “useful, productive engagement”, according to the Activist Investor blog.

However, while the constructivist may seem reassuring, there are limits. It’s worth noting that Citi and ValueAct’s agreement constrains their mutual appreciation club until December this year.

While the deal looks rosy, others point to the fact that it once again reveals the potential for activist influence. According to Tom Mercer, head of corporate transactions at law firm Ashurst, being able to strike a legal agreement for information not otherwise made available reveals the growing “power” of activists in the current business environment.

For their part Citi and ValueAct have pointed towards the advantages of the agreement. Citi’s chief executive Michael Corbat cited the investor’s skills, while ValueAct praised the bank’s strategy.

Corbat says: “We see ValueAct’s expertise and shareholder perspective as important strengths and are looking forward to working together to benefit all of Citi’s stakeholders.”

Meanwhile, G. Mason Morfit, ValueAct’s chief investment officer, says: “We are excited to take our engagement to the next level and work with management and the board to help deliver excellent and sustainable results for all stakeholders.”

Activism on the rise

Generally speaking, action by activists is increasing. According to Lazard, an investment bank, 2018 saw a record volume of activity with 266 companies facing activist demands, a hike from 188 in 2017. ValueAct was only beaten by Elliott as the activist investor with the highest number of positions.

But the crunch question is whether the information-sharing arrangement can be replicated elsewhere, especially in the EU. This is where lawyers urge caution pointing to legislation that regulates the sharing of insider information.

In principle, investors and markets should receive the same information from a company. Those that favour one party with special information risk big penalties, a painful lesson illustrated in the UK by the £450,000 fine handed to then JP Morgan investment banker Ian Hannam in 2014, by the Financial Conduct Authority, for “market abuse” when he shared information about a client via email.

This governs the “unlawful disclosure of inside information” and any information-sharing arrangement between a company and an investor would need to be clear it would not fall foul of MAR.

Indeed, MAR is explicit in its intentions. The regulation’s preamble makes clear it is there to “protect the integrity of the financial market and to enhance investor confidence.” But this is based, in turn, on “the assurance that investors will be placed on an equal footing and protected from the misuse of inside information.”

Meanwhile, the regulation does not intend to shut down all discussion between a company and shareholders. Some discussion of a “general nature” between management and shareholders are “essential for the efficient functioning of markets and should not be prohibited…”.

That means any agreement between a company and an investor to share information would need to walk a tightrope for fear of tipping over from the general into more specific information,which could set the MAR alarm ringing. It goes without saying that in the US, ValueAct and Citi would have written their agreement carefully. The Securities and Exchange Commission, the markets watchdog, pursues insider dealing cases vigorously.

That’s not to say information cannot be shared safely. But it does mean that boards would need to take great care before embarking on such a deal to quell the fire and brimstone of an activist. For now, at least, we can expect the old order to continue.