A worker representative in the boardroom is an option for companies under the UK’s new, revised governance code. A survey by ICSA reveals that other options will prove more popular. 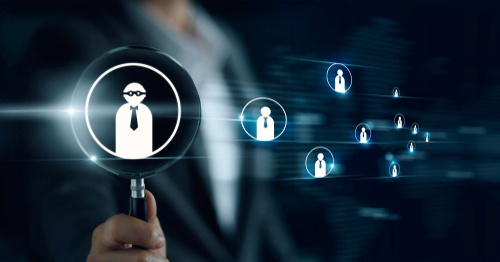 One of the current hot topics in the governance world is that of workers on boards. Like so many other issues in our society at the moment, this has become the focus of polarised debate.

Those who support the idea point to several reasons: the successful adoption of a works council or supervisory board model in a number of European countries; that employees are such a significant stakeholder in the activities and success of the company; and the belief that they will add value to the deliberations in the boardroom.

Some go further and regard the presence of workers on the board or, perhaps especially, the remuneration committee, as a panacea for the evils of excessive executive pay. Unsurprisingly the trade union movement has long been supportive of the idea; perhaps more surprisingly it was one of the original proposals that Theresa May suggested for corporate governance reform, albeit one that did not survive public consultation.

Ranged against these supporters have been various employer groups and those with experience in the boardroom, such as directors and company secretaries. Perhaps the central argument of detractors of the proposal is that appointment to the board should be on merit and should reflect the skills the board lacks.

If an employee were the best candidate for a board appointment, so the argument goes, then they would already be CEO, or at least visible to the board through the normal nomination process. There is little confidence that an employee elected by colleagues would necessarily add to the board’s skills, regardless of how popular they are.

There are also logistic and regulatory problems identified by international and financial services companies and a concern that employee directors will become, by default, employee representatives and therefore not part of a unitary board and conflicted in terms of their statutory responsibilities as a director.

Be that as it may, there is a political imperative to increase the impact of the stakeholder voice in the boardroom, particularly that of the employee stakeholder.

In its response to the feedback received to its green paper on corporate governance last year, the government asked the Financial Reporting Council (FRC) “to consider and consult on a specific code provision requiring premium listed companies to adopt, on a ‘comply or explain’ basis, one of three employee engagement mechanisms: a designated non-executive director; a formal employee advisory council; or a director from the workforce.”

The FRC has incorporated this in provision 5 of the revised UK Corporate Governance Code: “For engagement with the workforce, one or a combination of the following methods should be used:

• a director appointed from the workforce;

“If the board has not chosen one or more of these methods, it should explain what alternative arrangements are in place and why it considers that they are effective.”

In our monthly poll of company secretaries, in association with recruitment specialist The Core Partnership, we were told that 70% of companies surveyed feel that having workers on boards would not be a good idea. Only 13% supported the proposal, with 16% unsure. We asked, more specifically, which of the three models suggested in the code that companies are considering—91% are not considering having workers on their board.

Our research found that 29% of companies have not yet considered this new code provision and 16% have, but have reached no conclusion on how to proceed. Of the 55% who have discussed their preference, 45% favour the designated non-executive director option; 13% favour a works council; and only 4% an employee on the board. Some 25% favour a combination of these options and 10% another idea.

The poll findings reveal some clear concerns about the practicalities of having workers on boards—for example the statutory directors’ duties mean that the individual has wider responsibilities than simply to act as a “representative” of the workforce.

Furthermore some companies have a large number of employees across multiple sites and a diverse workforce in terms of skill base and level of technical or professional expertise, and they might have different needs, interests and priorities.

While there is an overall feeling that it is crucial the board hears and takes note of the views of staff and other stakeholders, respondents believe that there are mechanisms other than a seat at the board that will allow them to do so.

With 91% of organisations polled not considering having workers on their board, for the time being at least, it looks as if workers will have to wait a little longer for their seat on the board.

More from ICSA can be downloaded for free at icsa.org.uk/stakeholdervoice