The pizza chain is reportedly under pressure to replace its senior independent director. But what should SIDs be doing and how can the role go wrong? 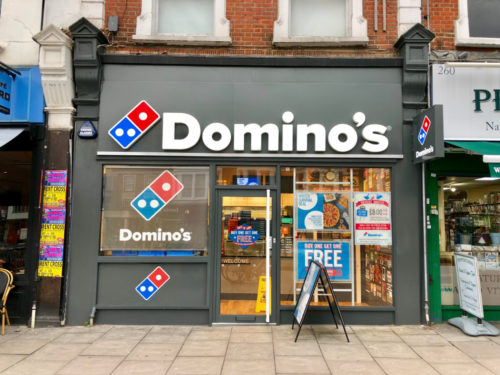 Somewhere some influential people are currently attempting to resolve complaints about the board of Domino’s, a major chain of high street takeaway pizza restaurants in the UK. In particular they’re figuring out what to do about the company’s senior independent director (SID).

Somewhat of a backroom role, and little discussed in the press or by governance experts, the SID has been a key part of UK boards for 15 years. But a group of shareholders in Domino’s have made complaints so strongly that The Times reports reports that it’s “understood” that Domino’s has demanded a new SID be appointed to challenge the chairman and CEO more robustly. The company said in November it was searching for a new non-executive, though that was related to a departing board member, not replacing the SID.

But what is the SID supposed to be doing and how can the role go wrong?

Senior independent directors fully entered the world of UK boardrooms following the Higgs Review of 2003. At the time there had been some discussion about introducing the role in the UK’s corporate governance code, though the proposal was not without opposition.

Those with jitters about the new position complained that investors could already speak to other independent non-executives, while others argued that the new position would be divisive, creating an alternative power base on boards.

Derek Higgs disagreed and backed those who supported its introduction. He wrote: “I see the role of the senior independent director as important in the relationship between major shareholders and the board…

“The senior independent director should be available to shareholders, if they have reason for concern that contact through the normal channels of chairman or chief executive has failed to resolve…

The role was duly included in the governance code published in the same year.

While it may have proved contentious and certainly prompted debate in the discussion stage, it has remained a relatively inconspicuous place to serve.

According to Peter Swabey, policy and research director at ICSA: The Governance Institute, a professional body for company secretaries, the SID’s relative anonymity comes down to the infrequency of events that would a cause a SID to invoke their key responsibilities.

“I think it’s because in a well-functioning company, there’s a degree to which they are just another non-executive and they are not called upon,” he says.

But the SID’s key role is to act as another conduit for shareholder communications should investors feel their views are not being heard.

“The purpose of the SID is an alternative route into the company where investors believe the chairman is part of the problem,” says Swabey.

As a result, Swabey says SIDs  should have sufficient “gravitas” and independence to not only provide a reliable point of contact for investors, but also offer the necessary challenge to the chairman.

However, Roger Barker, head of corporate governance at the Institute of Directors, says things can go wrong and when they do it can stem from a lack of clarity about the precise nature of the SID’s role and responsibilities.

To see the roles as equivalent is, he adds, a “misreading”. The idea of the SID is to be an “alternative” point of communication for investors, perhaps even an alternative seat of power on the board. The role of the deputy chair is to support the chair. The two do not possess the same responsibilities.

It’s one thing for the chair and other directors to misunderstand this point, but if SIDs themselves are confused, “the value they provide can disappear very quickly”, says Barker.

“It’s important that when the board designates someone as a SID that they don’t go for the person who is next in seniority to the chair, but go for someone who has an ability to think independently from the chair.”

Domino’s SID is Helen Keays, who has been on the board since 2011. If the company does replace her, the only woman on an otherwise all-male board, they will need to ensure the candidates know exactly what the responsibilities are.