This past year has been packed with governance events from the launch of new codes, executive pay debates, and leadership behaviour debacles to climate change, cybersecurity scandals and the Khashoggi murder. 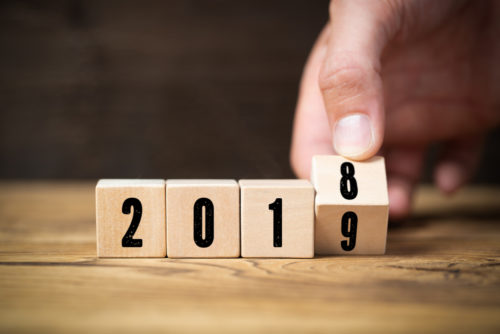 Senior officials at the Financial Reporting Council (FRC) may believe Scrooge has stepped off the pages of A Christmas Carol. In his recent oh-so-close-to-festivities report, Sir John Kingman said, “Bah, humbug!” to the UK’s governance watchdog and recommended the regulator for financial reporting, audit and actuaries be shut down.

It must be said however, that Sir John was being less like Charles Dickens’ most famous miser, and more like a rational soul calling time on an institution that has long since lost its lustre with many close observers of corporate governance.

But the demise of the FRC is just one in many significant events that marked 2018 as a big year for governance: yet another corporate failure triggered the end of the FRC; audit quality and the audit market was placed under the microscope and found wanting; the UK got a new governance code designed for “long-term” value; executive pay continued to be a national debate; the murder of Saudi Arabian journalist Jamal Khashoggi indicated CEOs could be agents for change; and a major report highlighted the role companies and investors have to play in speeding up the battle against climate change.

The year’s events left no room for complacency, and non-executives have had little time to settle. And to add to it all they’ve had to ensure they are cyber-literate and prepared for Brexit, whatever the final outcome of negotiations might be.

End of the FRC

Though the year closes with uncertainty over Brexit, there are now no unknowns about the future of the FRC. The body is destined to be wound up and replaced by a new organisation: the Audit, Reporting and Governance Authority. The move comes on the recommendation of the Kingman review appointed earlier in the year by the government to look at whether the FRC was still relevant.

The review said it had done a good job on governance but in other areas was found wanting. It noted that the FRC stood accused of moving too slowly, being too close to the organisations it regulates and being “too timid”. Things had to change.

Reforms are on the way elsewhere too after the Competition and Markets Authority  (CMA) issued its own report on the audit market. Here the CMA advised audit and non audit services of the big firms be split into separating operating units to minimuse conflicts of interest. It also wants closer scrutiny of the audit committees and their auditor appointments.

Carillion’s collapse led to Parliamentary enquiries that ended in intense criticism of both the FRC and Carillion’s auditor KPMG.

Both sets of reforms stem directly from the collapse at the end of last year of construction giant Carillion. A major contractor to government, the company’s collapse led to Parliamentary enquiries that ended in intense criticism of both the FRC and Carillion’s auditor KPMG.

Indeed the FRC has an unfinished inquiry probing the Carillion audit, though a report from MPs accused the firm of failing to exercise professional scepticism towards company’s accounting judgements. KPMG’s public image took a further beating a routine check prompted the regulator to conclude that audit quality at the firm had fallen.

Meanwhile the FRC also made headlines for producing a brand new governance code for the UK. There was criticism for failing to insist on companies including employees on their boards, but there was also praise for the way it integrated sustainability.

Indeed, in principle it places society at the heart of boardroom thinking. Its opening principles now insist that: “A successful company is led by an effective and entrepreneurial board, whose role is to promote the long-term sustainable success of the company, generating value for shareholders and contributing to wider society.”

Germany too got in on the act, launching its own new code. The code there, however, chiefly attacked the issue of executive pay, granting boards permission to introduce major claw-back provisions on the pay of failing execs. Dr Rolf Nonnenmacher, chairman of Germany’s Governance Commission, said: “With the present draft we are providing a strong, modern, clearly worded, compact and relevant code for discussion, which reflects the status quo of international corporate governance discussion.”

Debate over executive pay in the UK did not let up through the year and will, perhaps, intensify in 2019. Investors have issued warnings and threats. There were small measures in the governance code but otherwise concern remains broadly where it was.

Of course, the UK’s current bout of soul-searching over remuneration results largely from the huge £100m bonus received by Jeff Fairburn, chief executive of housebuilder Persimmon.

The ensuing public outcry prompted the resignation of the company and remuneration committee chairs in December last year. Fairburn even agreed a reduced bonus. But the sheer scale of the payout remained an obstacle. The end for Fairburn came in November when he walked away from a BBC interview when asked about his pay. Footage went viral on the internet and, soon after, Fairburn was asked to turn in his shovel for the sake of the company.

Elon Musk, CEO of Tesla, was forced to give up the company chairmanship after regulators in the US investigated a tweet he sent claiming to have a buyer to take Tesla private.

Other individuals caused waves with their own behaviour, or their alleged behaviour. After much public concern about the succession of Sir Martin Sorrell at WPP, the CEO stepped down in April amid a board investigation into allegations about his personal conduct.

He was not alone in having behaviour questioned. Elon Musk, CEO of Tesla, was forced to give up the company chairmanship after regulators in the US investigated a tweet he sent claiming to have a buyer to take Tesla private. Musk caused further concern when he appeared on a YouTube show apparently smoking cannabis. Shareholders were not best pleased, though newspapers had a field day.

Elsewhere Ted Baker founder Ray Kelvin demonstrated the power of the #MeToo movement and made the news when it emerged that employees had jointly signed a letter complaining about his habit of “hugging” colleagues and workers. Kelvin was eventually compelled to take a leave of absence.

Facebook, Uber, Google+ and British Airways saw some of the biggest cybersecurity breaches of the year, proving once again that customer data is not as safe as we might like to think. The issue is now well and truly on the boardroom agenda with company leaders everywhere dreading the midnight call that announces criminals have breached fire walls to steal customer data.

The issue is perhaps best exemplified by new measures from regulators which in July saw the Bank of England demand explanations from financial firms on how they plan for a cyber-attack.

The issue is unlikely to go away any time soon. Investors are concerned. Writing for Board Agenda, Fiona Reynolds of UN Principles for Responsible Investment, says: “Boards need to work closely with senior management to escalate the message across the organisation that security is everyone’s problem.

“Keeping data secure is not about buying the latest security software; it is about everyone in the company taking responsibility for keeping data secure, whether it’s deleting emails with attachments from unknown sources to protecting the data on laptops that employees take home with them.”

Though IT issues do not end there. The resigning in September of TSB bank’s chief executive Paul Pester over an IT meltdown in the spring underlined the accountable leaders have for tech, even if they are not experts.

In the age of the internet, artificial intelligence and robotics, cybersecurity is now an ever-present boardroom concern. Climate change is a global concern and also very much a feature of boardroom discussion; or should be. The issue has resulted in much speculation about the role of companies in battling global warming and how they integrate “sustainability”.

When the Intergovernmental Panel on Climate Change (IPCC) issued its report in October it included dire warnings about the need to accelerate climate change policies at government and company level. But there were concerns.

A lack of clarity about the position of regulatory regimes and the quality of low-emission innovations, as well as uncertainty over future revenues because of the price of fossil fuels, amount to an obstacle.

The report focused on limiting the rise in global temperatures to 1.5°C above pre-industrial levels, but said: “Meeting this challenge would require a rapid escalation in the current scale and pace of change, particularly in the coming decades.”

It added a warning. In a passage about the ability of business to invest in the right technologies, the report said persuading businesses to invest properly is a problem if their main concern remains pleasing shareholders.

It explained that a lack of clarity about the position of regulatory regimes and the quality of low-emission innovations, as well as uncertainty over future revenues because of the price of fossil fuels, amount to an obstacle.

“This inhibits low-emission investments by corporations functioning under a ‘shareholder value business regime’”, the report says.

Board Agenda has conducted its own research, in association with Mazars and INSEAD, to reveal how boards have integrated sustainability thinking into their discussions and policies. The good news is that company leaders recognise its importance. The bad news is that they appear less convinced about the information and policies they require to tackle the issue.

Perhaps the most horrifying event this year to touch on governance concerns was the murder of Jamal Khashoggi.

Chief executives of many global companies believed they should take action with dozens withdrawing from an investment conference in Riyadh, the so-called “Davos in the Desert”.

Indeed the boycott appeared to underline the growing phenomenon of “CEO activists”,  especially in the area of human rights.

Ana Zbona, a project leader with the Business and Human Rights Resource Centre, told Board Agenda: “There has been growing recognition on behalf of business to see that they have a role to play in speaking out.”

The year placed governance on the front of newspapers and at the heart of major debates. If anything, however, it reemphasised the importance of companies in tackling societal issues whether it be human rights, data privacy, climate change or social inequality. Any board member in denial about that would be well advised to seek alternative employment.

And that was only a fraction of governance developments in 2018. Next year promises to be equally busy. Have a restful Christmas.