The Competition and Markets Authority has made its recommendations for changing the audit market. The proposals will also make audit committees answer to regulators. 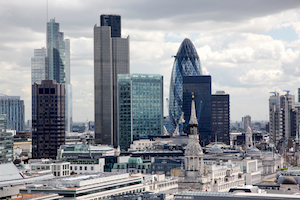 It’s been a huge week for audit and governance. Two reports, by the Competition and Markets Authority (CMA) and Sir John Kingman, have set a path towards reconstituting the provision and regulation of audit to improve its quality and value.

For board members, and particularly audit committees, who help choose and work with auditors, there is much to consider—and particularly the direction laid out by the CMA.

Among the wide-ranging recommendations of the interim report, it suggests audit committees could spend more time on auditor scrutiny; that investors need to accept smaller firms as auditors if audit committees choose them; and other executives should have less influence on the audit process.

“There is no doubt that the changes put more heat on the audit committee chair, and for some that will make the role less attractive,” says Pippa Begg, co-chief executive at Board Intelligence.

“One thing is for sure, it does shift the prominence of the role and the risk-vs-reward pendulum. I would expect to see audit committee chairs doing far more due diligence, and rightly so, before they accept a position.”

Being on an audit committee is “a thankless task” according to Paul Moxey, visiting professor in corporate governance at London South Bank University and a consultant.

He  has concerns that the proposed changes might fail to address the core issue: audit committees have “little incentive” to go looking for audit problems.

“Similarly, thorough investigation of what audit committees did, or did not do, after a failure such as Carillion, should focus audit committee members’ minds,” he adds.

“It is a great pity that this has not been done [before], as there is a lot which could have been learned that could have made audit committee members more effective,” says Moxey.

“Non-executives have always had to walk a fine line of being a critical friend to the executive, and these proposals heighten that challenge.”

However, portfolio non-executive director and CFO mentor Bob Beveridge doesn’t agree with a number of the measures laid out for audit committees from the CMA report.

Firstly, he disagrees with regulatory involvement and reporting during the audit tender process. A “minimum criteria” should be set out for the process, and gauged in terms of its appropriateness and effectiveness in review.

“The proposed change … [implies] a lack of trust in audit chairs and feels rather disrespectful. Reporting afterwards is less of an issue and perfectly reasonable,” he explains.

But, for Pippa Begg, “fundamentally the role hasn’t changed”.

“Audit committee chairs should have been doing this before—we’ve just raised the bar on what is expected and injected new ideas (like two auditors undertaking the audit) to ensure quality,” she says.

“Non-executives have always had to walk a fine line of being a critical friend to the executive, and these proposals heighten that challenge.

“The key to being successful will be how they challenge habits, norms and conventions, and ask the difficult and sometimes quite uncomfortable questions in a way that supports the business rather than making those involved feel hen-pecked.”