The Ted Baker controversy over “hugging” has raised questions about ethics, whistleblowing and how boards tap into company knowledge. 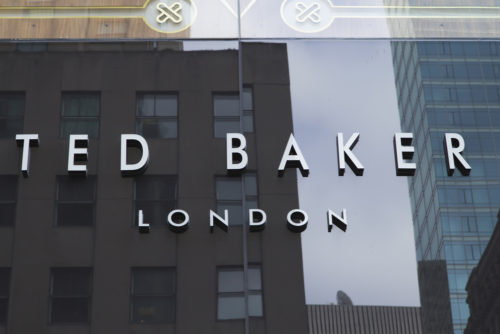 Last Friday fashion retailer Ted Baker revealed it had removed a “hug zone”. Formerly situated near the desk of founder Ray Kelvin, the sign on the floor was taken away.

Its presence would be almost laughable, even considered a hipster folly, but the removal represents the seriousness with which its board is taking allegations of the founder’s inappropriate behaviour towards staff.

Law firm Herbert Smith Freehills is to conduct an investigation into the allegations, which will report back to a number of Ted Baker non-executives led by Sharon Baylay.

The situation raises familiar issues of how strong and influential leaders can set a culture that can exist for a long time before being questioned, and the responsibilities other board members have in understanding and accepting, or questioning, such a culture.

“It is like most other ethical issues—you know it when you see it,” says professor Mollie Painter, head of the Responsible and Sustainable Business Lab at Nottingham Business School. “And judging by this large petition, many saw it.”

“Sexual harassment is well defined as any kind of behaviour that leads to a hostile working environment, and employees’ discomfort with a ‘hugging-culture’ is something that managers should have picked up on.”

“…employees’ discomfort with a ‘hugging-culture’ is something that managers should have picked up on.”

Others suggest there must be a lack of systems and processes in place to allow employees to discuss matters of concern, alongside ignoring concerns raised.

“My main thought is that they are clearly not asking employees about inappropriate behaviours in a way that is eliciting what they need to know,” says Randall S. Peterson, professor of organisational behaviour and academic director of the Leadership Institute, London Business School.

While it’s important for the board to have a mechanism in place to identify ethical issues, Painter believes it’s more effective to use a wider group of staff to help deal with ethics, “to be the eyes and the ears across the organisation”.

But being the first to confront an issue, to be the whistleblower, is still extremely difficult—even with policies in place, says professor Randall.

“Unfortunately, they too often don’t work, because even when the organisation refrains from reprisals, that does not stop a lot of informal reprisals that limit careers and opportunities.”

Recently, informal mechanisms of flagging up inappropriate behaviour have proved more effective than formal processes. This has been shown by the #MeToo social media campaign, taking aim at sexual harassment and entitlement, suggests professor Painter.

“The use of technology to bring these micro-actions to scale is also encouraging. #MeToo has been incredibly influential in emboldening employees’ voices even against the most powerful of leaders, and this will hopefully snowball even further,” says Painter.

“Once it is public,” says Randall, “lots of others then pile in and share—so we start to ask how others, the board, could not have known. Actually plenty of people did know, but no one wanted to be the person to confront because there are social costs for doing so.”