Research finds that Portuguese employees are the least likely in Europe to embrace unethical acts, while reporting on ethics proves poor across the world. 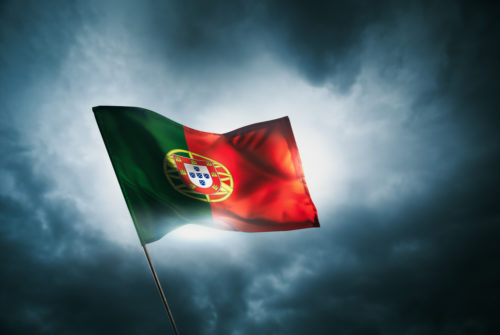 Bosses might well consider the merits of setting up base in Portugal, after the latest survey from the Institute of Business Ethics (IBE) found the country’s workers are the least likely to welcome dodgy behaviour in the workplace.

In Europe 90% of workers believe it is “unacceptable” to fake a sick day, while in Portugal the figure is 97%.

IBE’s latest research aims to establish whether employees are able to distinguish “ethical issues relating to everyday choices”, and whether ethical considerations are used in decision-making.

Across Europe the IBE found on average that one-fifth of employees believed it is “acceptable” to award contracts to friends and family; in Portugal the figure is just one in ten.

On other issues Portuguese employees also showed themselves to be a little more upright than employees elsewhere. In Europe 90% of workers believe it is “unacceptable” to fake a sick day, while in Portugal the figure is 97%.

When it comes to minor fiddling, 89% of employees across Europe thought it unacceptable, while 92% of their Portuguese compatriots thought it wrong.

Perhaps more significantly, the IBE found that in Europe, 78% of employees said honesty is “practised always or frequently”. Portuguese respondents to the survey were once again ahead, with 85% believing honesty was always front of mind.

While celebrating Portugal’s success, IBE’s director, Philippa Foster Back, said the figures should also be seen as a red flag about the strains placed on employees generally to compromise.

“The impact of the pressure which employees are under seems more marked in Portugal than in other European countries, especially given their higher ethical sensitivity,” she said. “Employees are under more stress to deliver than ever before, and this is increasing the pressure to then cut ethical corners. These figures should be seen as a warning sign to organisations that they need to be more supportive of their employees when it comes to making ethical decisions.”

“Employees are under more stress to deliver than ever before, and this is increasing the pressure to then cut ethical corners.”

But it’s not all rosy in Portugal. A third of employees (35%) there say they are aware of ethical lapses compared with 30% across Europe. Meanwhile, 22% of Portuguese workers have experienced pressure to compromise their ethics, compared with 16% in Europe.

In September another study by the IBE revealed that 33% of UK employees had remained quiet about misconduct they were aware of.

According to Guendalina Dondè, a senior researcher with the IBE, the critical finding in the earlier survey was that companies with a “comprehensive” ethics programme for employees score better on indicators of ethical culture than organisations without.

“An environment with a formal ethics programmes pays off,” she said.

However, Dondè added that formal ethics programmes are not enough on their own. What is also necessary is a “supportive environment”—tone from the top, engagement with stakeholders, and an ability to address misconduct in practice. When those factors are in place, employees overwhelmingly see “honesty” in the workplace, compared with when those elements are missing.

While the IBE’s study appears to indicate potential problems for companies, another survey reveals that corporates could be creating their own problems.

A survey by EcoVadis, a ratings agency specialising in sustainability indicators, found that reporting on ethics issues by companies across the world is relatively poor.

The research, which looked at 20,000 companies in 100 countries, concluded that the global average for reporting on ethics is 9% of companies. For North America the figure is 12%, Europe 10% while China could tally only 6%.

The study found that the global average of companies with sanctions on ethics issues was a miserable 3%; North America 6%, Europe 3%; and in China 2%. Latin America managed a woeful 1%.

EcodVadis finds that while many companies “formalise” codes of conduct, few implement internal control measures. According to Pierre-Francois Thaler, co-CEO of EcoVadis: “To tackle these issues effectively, executive leaders need to deploy a holistic and structured risk mitigation program that fosters transparency, encourages collaboration on performance improvements, and holds all parties accountable.”

EcoVadis’s report is mainly concerned with corruption and finds encouraging evidence that behaviours can be improved with the right legislation. The report suggests that France’s Sapin II law, introduced in 2017 to compel companies to implement an anti-corruption programme, has produced results.