Norway’s $970bn oil investment fund says chair and CEO roles should not be combined but separated. Will it make a difference? 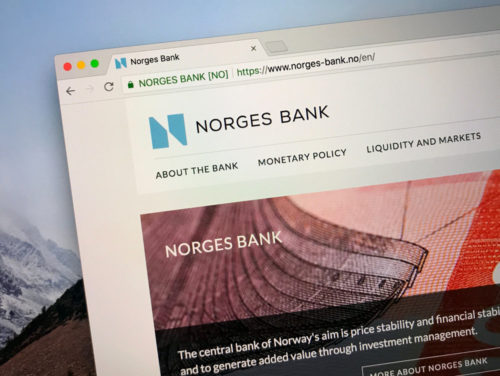 Ever wondered whether your board had the right people in the right roles and committing the right amount of time? Norges Bank, Norway’s investment vehicle for the country’s oil wealth, has weighed into the discussion.

The $970bn fund wants to see boards where the role of CEO and chair are separated, as well as representing a majority of industry expertise and better disclosure of boardroom commitments.

In three new position papers, the fund has laid out views that may cause many current combined CEO-chairs to feel a little uncomfortable, if only for as long as it takes to count reappointment votes at an AGM. Notable CEO-chairs include Larry Fink of BlackRock, the world’s biggest fund manager; Carlos Ghosn of Renault; Jamie Dimon of JPMorgan Chase; and, until recently, Elon Musk of Tesla.

Norges Bank does not mince words. Separated roles leads to “effective oversight and controls”. This is most important when considering board effectiveness and the chief executive’s pay.

How can a chief executive who is also chair supervise the hiring, remuneration, monitoring and, potentially, replacement of the CEO? That’s a conflict in Norges Bank’s book. But there is also a more general question about how anyone assesses and monitors executives if the person in charge, the chairman, also heads the executive function.

“We believe that a clear division of roles and responsibilities is necessary to ensure effective oversight and controls. This may be particularly relevant when monitoring management performance and deciding on a remuneration policy for the CEO and management,” says Norge Bank.

Not all investors are agreed on this. Recently it took the Securities and Exchange Commission, the US financial watchdog, to force Elon Musk into resigning from his role as chair of Tesla. When in June a lone shareholder proposed that Musk vacate the chair’s seat, a whopping 83% of investors voted to leave him where he was. Separation of roles was low on their list of priorities. That may have changed once Musk’s own rogue behaviour threatened the share price during the summer. However, it still took a regulator to force a change.

Norges Bank notes that the US is much slower to change its attitude to combined roles when compared with the UK, where they have all but disappeared.

According to Joseph Keiffer, a research analyst at Equilar, a provider of boardroom technology, investors continue to support combined roles in the US. Writing in a blog for Harvard Law School, he notes that only three separations were voted for during 2018.

“The need to ensure stability and have intricate knowledge and experience among the company’s leadership causes shareholders to often collectively reject proposals to separate the positions of CEO and chairperson.”

“The widespread rejection of these separation proposals suggests that, while these proposals may be trying to address genuine leadership concerns, shareholders seem to opt for stability and maintenance of consolidated leadership when it comes to actual votes.

“The need to ensure stability and have intricate knowledge and experience among the company’s leadership causes shareholders to often collectively reject proposals to separate the positions of CEO and chairperson.”

Meanwhile, Norges Bank does have support. In September Legal & General (LGIM), an investment manager and insurance business, issued its own position paper on combined roles. LGIM expects the roles to be split, not least to improve succession planning.

when the time comes for the replacement of the combined CEO-chair, LGIM always expects a company to split the two roles and appoint a permanent independent chair.”

LGIM says: “Most companies indeed find it difficult to appoint the right individual to replace a combined CEO-chair who has had a strong influence and power over the company for many years.

“This is why, when the time comes for the replacement of the combined CEO-chair, LGIM always expects a company to split the two roles and appoint a permanent independent chair.”

In the UK those kinds of views are preaching to the mostly converted, though they may rankle many on the continent and in the US.

That said, it is unlikely that Norges Bank’s position paper will prompt a wave of resignations. Some combined CEO-chairs simply look too valuable to be removed, as the US voting indicates. But it may just give boards a moment to think about boardroom seating plans for the future.