After a decade or more of sustainable investment in Europe, BlackRock, the world’s biggest fund manager, announced that it wants to lead the world. 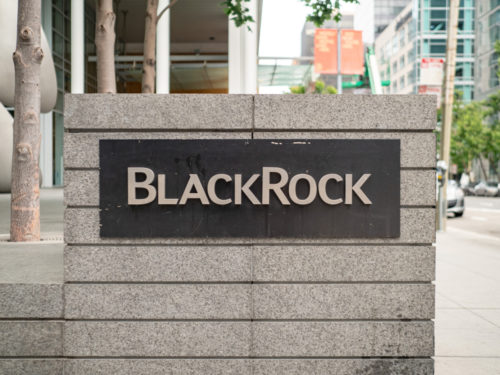 It was probably inevitable, but the fact that the world’s largest fund manager has thrown its weight behind sustainable investing really puts down a marker.

“Sustainable investing will be a core component for how everyone invests in the future.”

This week Larry Fink, the chief executive of BlackRock—a fund manager controlling $6.4trn of assets—this week revealed he planned to make his business the global leader in sustainable investment. In doing so he said: “Sustainable investing will be a core component for how everyone invests in the future.”

That comes as a clear signal to companies around the world keen to attract BlackRock’s capital and a boost to campaigners who have long called for investments to reflect pressing issues such as climate change and other social issues.

Fink’s statement came as BlackRock kicked off a raft of new exchange-traded funds in the US and Europe that have environmental, social and governance (ESG) criteria at their heart.

BlackRock is not exactly in the vanguard on this issue. As Fink acknowledges, investors in the Netherlands, the Nordics and France have been pursing this path for years. In the UK, Aviva, the Environment Agency Pension Fund and the Church of England have all been identified as investors leading the way in responsible investment.

There have been other significant indicators that sustainability has gained traction among investors. A survey by RBC Global Asset Management earlier this year concluded that ESG investing had gone “mainstream”. The poll found that 72% of 540 investment managers either “somewhat or significantly” use ESG principles as part of their approach. That is up from 66% in the previous year.

The number that do not use ESG has fallen from 33.4% to 27.8%. The number of “significant” users is rising, up from 45.9% to 48.8%, an improvement though hardline campaigners for change might argue it was worryingly few.

Meanwhile, a global survey of individual investors by Schroders, an investment manager, found that 75% say that sustainable investment have become more important to them over the past five years.

Governments have created pressure on investment managers too. In September the UK government revealed new regulation requiring pension fund trustees to disclose their approach to ESG factors. The EU has used the Shareholder Rights Directive to push investors in the direction of ESG in their investment decisions.

Michael Herskovich, the head of corporate governance at French bank BNP Paribas, recognised the impact of BlackRock’s announcement. The bank has been active in sustainable investment since 2002 where it is a core part of its investment agenda. According to Herskovich, the biggest assets managers control shareholdings so big “they can have a significant impact on the board of investee companies.” Their conversion to sustainable investing can, therefore, only be seen as positive.

“The real game-changer is the pressure that such large investors can bring to bear on companies and their boards,” says Herskovich.

“As sustainability becomes more mainstream, so stewardship and engagement becomes more of a core component of investors’ approach.”

Many hope that Fink’s declaration will draw more investors into placing sustainability at the heart of their thinking. Noted by many were Fink’s remarks on investment returns. A 2017 Deutsche Bank survey of 2000 studies found no negative correlation between ESG and financial performance.

According to Anne-Marie Williams of ShareAction, a not-for-profit that campaigns for responsible investment: “It was interesting that Larry Fink said sustainable investing did not mean investors had to sacrifice returns, and that they [BlackRock] were working with MSCI, the index provider, to produce quantifiable data backing up that view.”

But while BlackRock may be attempting to assume the mantel of leader in sustainable investing, there is some way to go before it becomes central to all investment practices. Fiona Reynolds, the head of PRI, a network of investment managers working to improve responsible investment practices, says Fink’s statement will “resonate” with those investors who still view ESG as a “nice to have” add-on, rather than an essential part of their decision making. She also points out that if investment managers are changing tack to embrace sustainability, it is because of demand from clients.

“From PRI’s perspective, our focus, since our founding, has been that sustainable investing strategies need to become an integral part of all investing strategies,” says Reynolds. “We are certainly not there yet, but all investors need to work towards this goal if we are to ensure the future sustainability of our financial system and avoid another economic downturn.”