The revamped governance code and guidance amount to a demand for cultural change in the boardroom. But how should boards change in order to better manage the risks associated with poor corporate culture? 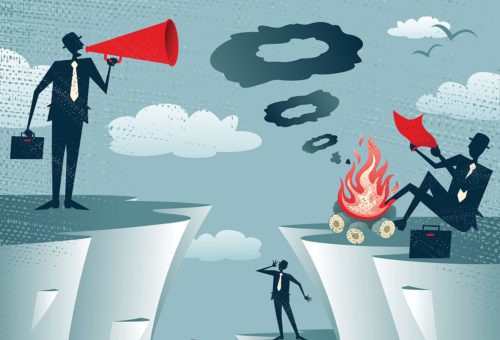 In 2002, a team of European insurance supervisors built on their inside knowledge and a decade’s worth of experience of insurance company crises to conclude that “management problems” were the root cause of every failure, or near failure.

A decade later, I was one of the team that researched Roads to Ruin, the Cass Business School report for Airmic. Having dissected a score of disparate crises, we concluded that their underlying causes emanated from boards.

Most of the risks identified are what we now call “behavioural” and “organisational” risks.

Two years later, the knowledgeable Andrew Bailey, then CEO of the Prudential Regulation Authority, opined that there had not been a case of a major prudential or conduct failing in a financial firm, “which did not have among its root causes a failure of culture as manifested in governance, remuneration, risk management or tone from the top.”

In Rethinking Reputational Risk, the late Derek Atkins and I reached similar conclusions, adding a more granular analysis and guidance on practical action. Boards’ actions and inactions, unwitting as well as deliberate, dominate the root causes of corporate failures.

Most of the risks identified are what we now call “behavioural” and “organisational” risks. They lead to systemic failures but are beyond the scope of classical risk management. One consequence is the hole in “three lines of defence”, through which most reputational crises and corporate failures emerge. Since they emanate from boards, these risks are far too dangerous for risk managers. Only boards can tackle them.

The Financial Reporting Council (FRC) put reputational, behavioural and organisational risks on to board agendas with the 2014 Guidance on Risk Management. The FRC’s recent revisions to the UK Corporate Governance Code and Guidance on Board Effectiveness (the Code and Guidance respectively; collectively Rules), push boards harder on these issues. They attempt to drive boards, most of which appear to have failed on this thus far, to tackle a large proportion of the behavioural, organisational and leadership risks that regularly wreck organisations, taking their boards with them. The following five important themes emerge.

For years there has been trenchant criticism of short-termism and opportunism by UK company leaders and their shareholders at the expense of long-term success and sustainable growth. Responding to political pressure, the Rules put “long-term sustainable success” (LTSS) at their heart, referring to “long term” more than 40 times. Boards are expected to promote LTSS for the shared benefit of shareholders and society, and to align workforce policies and the company’s values with it, reporting to shareholders on how they have addressed the sustainability of their business model.

Despite an FRC letter to institutional shareholders and the forthcoming review of the Stewardship Code, we believe that countervailing pressure from short-termist shareholders cannot be dealt with by the FRC alone. The Financial Conduct Authority must tackle the mismatch between the short bonus-driven time horizons of investment professionals, and the horizons of retail investors saving for the long term towards retirement. Highlighted by the Kay Report in 2012, action is long overdue.

2. Board skills, knowledge, experience and character

The history of corporate calamities is littered with boards that lacked key skills, knowledge or experience. The FRC has tackled board composition, with a view to encouraging non-executive teams with rounded competence and diversity of perspective; and to bring the character of board members into sharper focus.

The FRC has missed the opportunity to highlight symptoms of possible leadership character problems, such as bombast, hubris, egotism and greed.

The FRC encourages nomination committees (nomcos) to ask themselves whether they take account of the technical skills and knowledge required by the board’s committees when recruiting members. For example, does the nomco, responsible for CEO appointments and board renewal, need a non-executive with expertise in high-level recruitment and of how we humans think and behave? Does the non-executive team need IT know-how on a par with its financial expertise?

Employees will only “speak up” if they believe it is risk-free and that leaders will both listen and act on what they are told.

The Guidance gives greater emphasis to courage and strength of character. The boardroom is expected to be “a place for robust debate” with executives “welcom[ing] constructive challenge” from non-executives. Whilst the FRC highlights “signs of a possible culture problem”—including dominance and arrogance—it has missed the opportunity to highlight symptoms of possible leadership character problems, such as bombast, hubris, egotism and greed.

Using their strengthened competence, nomcos are encouraged to use skills matrices to identify the skills, knowledge, and experience that the board and its committees need to be effective, and to steer recruitment processes that compare the personal qualities, values and behaviours that the post requires with what candidates will bring.

A well-deserved criticism of most boards is that they are drawn from a narrow stratum of society and dominated by particular backgrounds. Our research into FTSE 100 boards revealed them as heavily skewed towards current and past CEOs, CFOs, financiers and accountants. Evidence of diversity of perspective and background is rare.

The FRC encourages boards not to put candidates with unusual backgrounds at a disadvantage. People and recruitment skills should help nomcos to identify imbalances, but they need to counteract any aversion to people who might not “fit”; such people bring missing perspectives. Nomcos are also encouraged to use advertisements to bypass headhunters, whose methods appear to block diversity of perspective and unusual backgrounds.

3. Interacting with the workforce

Another long-running debate concerns boards’ relationships with stakeholders other than shareholders, and the workforce in particular. Reflecting another change driven by politics, boards are now expected to welcome a director appointed from the workforce, and establish a formal workforce advisory panel or designate a non-executive director to act as a structural bridge between board and workforce.

4. Whistleblowing and speaking up

We frequently discover, after a crisis, that the workforce knew important things which they would not, or dared not, tell their leaders. This is the “unknown knowns” problem.

The FRC recommends that companies have a whistleblowing system that allows informants anonymity and protection against retaliation. “Companies need to create an environment in which the workforce feels it is safe to raise concerns”, recognising  that there is widespread fear of “being negatively labelled, side-lined for promotion or bonuses, and even [loss] of employment.” This is a considerable understatement. In practice, whistleblowers are regularly persecuted, often with remarkable vigour and at the direction of leaders.

The FRC Guidance also encourages boards to create a culture that makes “speaking up” and raising concerns on less high-profile problems safe and easy. Employees will only “speak up” if they believe it is risk-free and that leaders will both listen and act on what they are told.

A long-running sore with the public and with politicians is the divergence between C-suite pay and workforce pay. The FRC has tackled both, through  emphasis on the long term.

The Code provides that the board’s policies on remuneration “should be designed to support strategy and promote [LTSS]”, with executive pay packages “aligned to company purpose and values” and “clearly linked to the successful delivery of the company’s long-term strategy”.

Remuneration committees (remcos) are expected to “focus on the strategic rationale for executive pay and the links between remuneration, strategy and [LTSS]”, and to avoid “pay structures based solely on benchmarking to the market, or the advice of remuneration consultants” in order to reduce ratcheting remuneration upwards.

Beyond annual reporting to shareholders, remcos should also explain to the workforce, every year, how executive pay relates to workforce pay.

They are also expected to supervise the coherent alignment of incentives and rewards with culture across the whole company, including when setting policy for executive remuneration. Beyond annual reporting to shareholders, remcos should also explain to the workforce, every year, how executive pay relates to workforce pay. Many interesting discussions will take place.

Executive pay schemes should require “long-term shareholdings by executive directors that support alignment with long-term shareholder interests”. Remcos are expected to “counteract the risk of incentives that are detrimental to the long-term success of the company”, with share awards “…subject to a total vesting and holding period of five years or more”.

Crucially, they are now encouraged to develop policies for “post-employment shareholding requirements encompassing both unvested and vested shares”. The idea is that executives should be forced to hold a significant number of shares until long after they have left. This is probably the simplest way to discourage a CEO from boosting short-term profit by increasing risks to long-term success. CEO resistance is a warning sign that boards should heed.

These reforms amount to a demand for cultural change within boards. Some will say that people who live in glass houses should not throw stones. This response is understandable but does not undermine the desirability of the reforms. Rather, it underlines the need for the FRC to embrace and act on the changes it advocates: thoroughly, visibly and without delay.

Anthony Fitzsimmons is an authority on reputational risk and the behavioural, organisational and board risks that underlie it. He is chairman of Reputability LLP and lead author, with the late Derek Atkins, of Rethinking Reputational Risk: How to Manage the Risks that can Ruin Your Business, Your Reputation and You.