The IPCC’s stark warning about the rate of change needed to restrict global warming to no more than 1.5℃ intensifies the pressure on business. 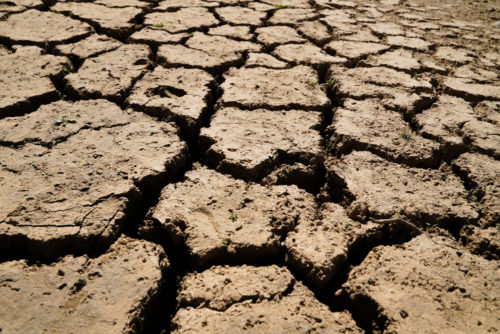 Sometimes it takes a blast of cold air to wake someone up. Policymakers and business leaders received such a shock this week with the publication of a report, which demanded drastic action if the world was to keep global warming to no more than 1.5℃ above pre-industrial levels.

The report, from the Intergovernmental Panel on Climate Change, makes hard reading for leaders around the world. But it also has significant implications for business.

The report said that limiting warming to 1.5℃, rather than the widely accepted 2℃, would “require rapid, far-reaching and unprecedented changes in all aspects of society”.

And while some businesses have policies that are consistent with a 1.5℃ rise, “few” are currently on course to adequately adapt. “Meeting this challenge would require a rapid escalation in the current scale and pace of change, particularly in the coming decades,” the report said.

Buried deep in the report is also a remark that will provide ammunition to many who currently worry about the current state of capitalism and argue for reform.

The complaint, brought by a pension fund member and supported by the campaigning legal charity ClientEarth, demonstrates that companies who fail to move can expect to be called out.

In a passage about the ability of business to invest in the right technologies, the report says persuading businesses to invest properly is a problem if their main concern remains pleasing shareholders. It explains that a lack of clarity about the position of regulatory regimes and the quality of low emission innovations, well as uncertainty over future revenues because of the price of fossil fuels, amount to an obstacle.

“This inhibits low-emission investments by corporations functioning under a ‘shareholder value business regime’”, the report says.

The view represents another element in the growing demand for business to participate fully in the fight to combat global warming.

Examples of this pressure were evident in the days preceding the IPCC’s report, when it emerged that the pension fund of Shell, an oil and gas company, could face a formal complaint about the adequacy of disclosures on managing climate-related risk. The complaint, brought by a pension fund member and supported by the campaigning legal charity ClientEarth, demonstrates that companies who fail to move can expect to be called out. In other words, an ever-present reputational risk.

According to ClientEarth, “business as usual”—in the literal sense of the phrase—is not an option. The IPCC report, says Sophie Marjanac, a lawyer at the campaign group, should move climate change “towards the top of boards’ agendas.” Not least because the body believes current law already covers the need for climate to be considered by company directors.

“This is within the investment horizon of companies in all sectors,” she said. “…failure to take these real and foreseeable risks into account is likely to breach the law.”

International organisations are also exerting pressure. At the end of September, evidence was made public on the progress made by companies to incorporate recommendations from the Task Force on Climate-related Financial Disclosures (TCFD), a body created by the G20’s Financial Stability Board and chaired by Bank of England governor Mark Carney.

ironically, it was Shell’s chief executive, Ben van Beurden, who this week pointed out it was not necessarily about pace; the world would also need massive reforestation.

While change is broadly in line with expectations, the TCFD’s report strikes a note of disappointment. Though the majority of companies disclose some climate-related information, few reveal the financial impact of climate change. The TCFD stresses particular concern that only a small group of corporates publish information on “strategic resilience” under different climate scenarios, a key plank in the task force’s recommendations.

Of course, the TCFD’s recommendations are only guidelines. Other ways have been found to push on climate-related behaviour. Glass Lewis, a governance advisor to shareholders, has said it will use guidance from the Sustainability Accounting Standards Board (SASB) as part of the analysis that will inform their shareholder voting advice. Standards set by the SASB are frequently cited by the TCFD as tools for identifying climate-related risks.

In a recent blog, Glass Lewis makes it plain that information about climate effects on the bottom-line should be out in the open: “As the financial implications of climate change become more apparent to investors, their consideration of this issue is increasingly relevant to companies. As such, the impetus is on companies to ensure that they are providing decision-useful disclosure concerning the bottom line impacts of climate change.”

The IPCC’s major concern is the pace of change. Its report highlights the fact that many of the policy changes required to meet the 1.5℃ target are in place, but they’re not moving fast enough. Though, ironically, it was Shell’s chief executive, Ben van Beurden, who this week pointed out it was not necessarily about pace; the world would also need massive reforestation.

Some anticipate that this latest IPCC report will prompt a surge in policymaking, at the national and organisational level.

Optimistically, some commentators point to the falling cost of green tech and increasing clarity surrounding the benefits of low-carbon transition, especially in China. Investors have been working hard to change policies with the help of organisations such as Principles for Responsible Investment, a campaign body seeking to help fund managers make their investment portfolios sustainable. What’s more, some anticipate that this latest IPCC report will prompt a surge in policymaking, at the national and organisational level.

That’s important. In the UK one of the main business bodies, the Confederation of British Industry (CBI), says companies are committed to playing their part. But according to Tom Thackray, the CBI’s energy and infrastructure director, business cannot act alone without the right policy measures “to drive investment and direct consumer behaviour.”

“As such this report should spur the government to work closer with businesses, across the energy, transport, agriculture, aviation and other sectors to ensure policy frameworks support the journey to carbon neutrality, protecting people and systems in the process,” says Thackray.

If a policy surge is coming, businesses should prepare themselves. The shocks may continue.