Dual-class shares are causing friction between institutional shareholders and stock exchanges across the globe, and big tech firms are the driving force behind it. How will it all pan out? And how will it affect corporate governance? 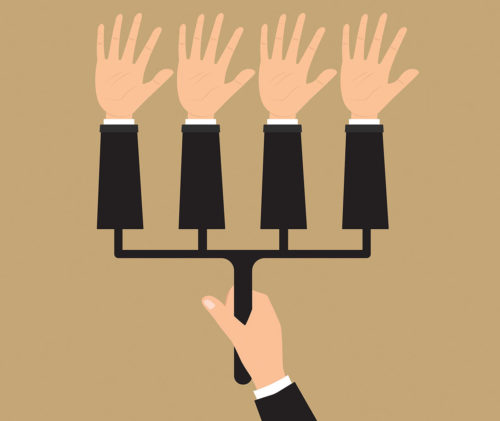 There is a quiet battle underway in corporate governance that rages from New York all the way to the Far East. The battleground? Dual-class shares.

Can’t remember the stories about dual-class shares? You’re probably not alone. The issue is technical and somewhat esoteric. But debate over this special brand of shares, or what is sometimes referred to as weighted voting rights, represents not only a faultline between a collection of big institutional shareholders on one side, and exchanges around the world on the other.

It also represents a rupture between traditional listed business and the dominant big new technology firms where founders want to keep a tight grip on their businesses and believe wholeheartedly that exchanges should be helping them do so.

The argument over dual-class shares is an increasingly vehement scrap over how companies are run.

The argument over dual-class shares is an increasingly vehement scrap over how companies are run. To put it simply, dual-class shares offer a shareholder extra voting rights. For example, ten votes for each share. These exist on the shareholder register alongside shares that attract a no-nonsense single vote.

Those who own the dual-class shares usually control the company and dominate annual general meetings, strategy, appointments and pretty much everything the company does. Those holding ordinary shares may be able to register a protest vote, if they can aggregate the numbers, but they are highly unlikely to change the future course of a company.

Institutional investors generally argue for a one-share-one-vote approach to shareholdings, which has placed them in conflict with exchanges that have either functioned historically with dual-class shares, or have recently allowed them as a way of attracting the listings of big technology companies.

But if Facebook attracts bad press for its share structure, it was nothing to what awaited Snap…

And it’s the big tech businesses such as Facebook and Google that feel most at home with the special privileges of dual-class shares, and it is around these companies that arguments flare. Facebook is a case in point. Mark Zuckerberg was forced to abandon a plan to introduce a new share class which would have split each ordinary share into three elements: one with voting power and two without. However, the company’s current dual-class system has attracted the ire of institutions.

In a Financial Times editorial in May, Aeisha Mastagni, a portfolio manager for corporate governance at the huge US pension fund Calstrs, used emotive language when she described the company’s capital structure as akin to a “dictatorship” and in conflict with the “American dream”.

But if Facebook attracts bad press for its share structure, it was nothing to what awaited Snap, the photo-sharing app, when it announced an IPO last year that would offer no voting rights at all to buyers of ordinary shares. Indeed, all the power was to be held by founders Evan Spiegal and Bobby Murphy. Their voting influence would only be diluted if they reduced their shareholding substantially, or, macabrely, if they died (and then only nine months after their demise).

Once again a pension fund weighed in. Anne Simpson, head of corporate governance at Calpers, used undiplomatic language. “Telling us to wait for nature to take its course is a banana republic-style approach,” she said.

To make their feelings heard, shareholders have attempted to combine their influence through the Investors Stewardship Group, with members such as BlackRock and JP Morgan, a US body for investment managers which has made it plain that it disapproves of increased voting rights for some shares.

However, despite the opposition and name-calling, exchanges around the world have put their weight behind dual-class shares. In January it became clear that the Singapore Stock Exchange (SGX) was opening the door to dual-class shares. SGX chief executive Loh Boon Chye said: “As a country, Singapore is making huge efforts to transition into the ‘new economy’. It’s recognised as a leading hub for start-ups that need a capital structure to scale up rapidly.”

Despite the opposition and name-calling, exchanges around the world have put their weight behind dual-class shares.

In April, the Hong Kong Exchange said it was set to follow suit. Charlie Li, chief executive officer, said: “We are at the dawn of an exciting new era for Hong Kong’s capital markets.” He added that a “double-digit” number of companies were queuing to list under the new regime, with the first expected this summer. Whatever the investors might be saying, the exchanges seem determined to say they know best.

The argument against dual-class shares is clear: with some shares holding more influence than others, it is difficult to hold the owners of those shares, often company founders or families, to account. Some owners are more equal than others.

And yet there is growing support for differential rights among shareholders. Indeed, some even advocate for their introduction in the UK. According to Richard Burrows, a partner at City law firm Macfarlanes: “…now is the time revisit the issue.” Companies on the “standard list” and on AIM can issue dual-class shares, but companies on the London Stock Exchange cannot obtain a premium listing or inclusion in the FTSE with them.

However, Burrows says a recent decision to allow a sovereign-controlled company to list in London is an indication that with the right political agenda, and “sufficient investor engagement”, apparently entrenched rules can be changed. Minds, it seems, are focused on finding ways to keep UK capital markets relevant, given concerns about the pipeline of companies coming to markets—the time many businesses remain private and the looming prospect that Brexit might lead to a diminution of the City’s dominance.

“There are many UK founder-led tech companies which are considering listing in the UK,” says Burrows, “and being able to offer these companies a premium list with this added share capital flexibility could help keep them…”

Academics too have turned their attention to the subject and have unearthed surprising results from their research. In September last year a paper asked a key question: Do dual-class structures harm outside shareholders? After looking at companies dominated by founding family ownership, the researchers concluded that dual-class structures “yield excess stock returns” of nearly 350 basis points per year.

“Rather than retail investors bearing greater risk in dual-class family firms, it appears that institutions, professional investors with substantial resources, invest in dual-class firms and capture the family control premium.”

Ronald Anderson, professor of finance at Temple University who led the group behind the research, is now looking at the reasons behind the out-performance by these kinds of stocks. He believes there is a greater risk to holding stock in family companies and investors therefore capture a risk premium, whether they be single or dual class. He calls it an “expropriation risk” because of the presence of a large shareholder (in excess of 5% for the purposes of Prof Anderson’s research).

It’s possible that regulators in Singapore and Hong Kong have calculated that this “risk premium” is enough to reward investors. Referring to companies in the two territories, Prof Anderson tells Board Agenda that if you conclude there is an upside to holdings in dual-class shares, the only question is how large it is.

“If markets are efficient, then as financial professionals, we believe the premium is adequate compensation for holding dual-class (family) shares.”

Meanwhile, in Hong Kong there are those who hope that the decision to advance with dual-class share structures will push investors into greater engagement activity. Jamie Allen, secretary general of the Asian Corporate Governance Association, believes the territory suffers from an “emotional fear” of losing big Chinese listings to US exchanges. In the process of reforming the rules to welcome the arrival of companies like giant mobile-phone maker Xiaomi, the exchange’s leaders “steamrollered” governance concerns, leaving them in a “precarious position”, he says.

Even the request for a “time-based” sunset clause was pushed aside, says Allen, because the US doesn’t have one and it would be “setting standards too high”. However, even though there are fears that a critical mass of dual-class listings might damage the “broader Hong Kong market”, Allen sees room for optimism.

“One of the silver linings,” he says, “is that this is making investors more aware.” He sees areas where investors can take action because, despite dual-class structures, some votes, especially on the election of independent directors, remain on a one-share-one-vote basis.

“So we would like to see more institutions actively using their votes on independent directors and engaging with companies with dual-class structures on issues like board structure or treatment of shareholders.”

Allen insists that although the current battle over dual-class shares may have passed, the argument is far from lost. Hong Kong is set for the next chapter when it considers introducing “corporate” ownership of dual-class shares, adding to the current individual ownership. That’s one for corporate governance specialists to engage with yet again and will no doubt provoke another hotly contested governance debate.

There are also signs that dual-class shares were not as attractive as the Hong Kong Exchange might have believed. Xiaomi’s recent flotation—the first under the dual-class share rules—was not as well received as expected. Allen concedes that this was mostly down to the company being overvalued. But, he adds, there’s something else.

“There is a concern that the company came to market with some governance baggage and I don’t think people are impressed with its governance approach generally. The fact it hasn’t gone very well raises question marks.”

That being said, as long as big tech titans keep coming to market demanding special capital structures, dual-class shares are likely to maintain their current traction. That’s a challenge for shareholders, and a challenge for the future of governance.