Two surveys out this week reveal the growing urgency for organisations to come to terms with the way governance is shaped by climate and other issues on society’s agenda. 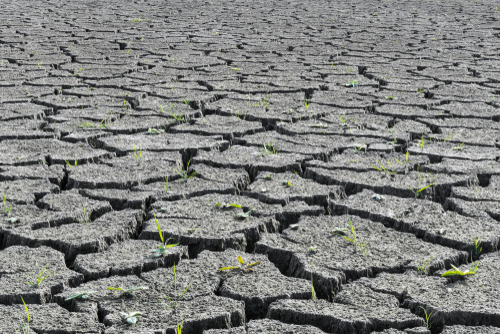 If boards need a reminder of the importance of climate change, it came this week in two reports.

Firstly, the Bank of England released a document highlighting that banks and other financial institutions already recognise the risk presented from climate change. A survey by regulators found that 70% of banks accepts that climate change “poses financial risks” and have begun considering the impact on their business models.

Drew Shindell, a climate change expert behind a new report for the United Nations, said that the world was “nowhere near on track” to ensuring that global warming was no higher than 1.5℃ above pre-industrial levels.

Elsewhere, ICSA: The Governance Institute, the professional body for company secretaries, released its own survey, which found environmental sustainability to be among the top three issues—along with technology and demographics—most likely to have the greatest influence on the future development of governance.

Indeed 81% of respondents said they believe legislation or political action on the environment will influence governance in the future, although this belief is more strongly held by the generations that came after the Baby Boomers—the so-called X/Y generations.

The surveys come in the same week that Drew Shindell, a climate change expert behind a new report for the United Nations, said that the world was “nowhere near on track” to ensuring that global warming was no higher than 1.5℃ above pre-industrial levels.

The Prudential Regulation Authority is now setting up a special body, the Climate Financial Risk Forum, for experts in financial services to share best practice in the field of climate risk. They should move quickly. Mark Carney, governor of the Bank of England, warned financial institutions that they were expected to act on climate concerns.

“Financial policymakers will not drive the transition to a low-carbon economy, but we will expect our regulated firms to anticipate and manage the risks associated with that transition,” he said.

“It is clear that generation X/Y governance professionals believe certain issues are more pressing than is currently appreciated by those in senior positions with greater levels of influence.”

ICSA’s insight was that younger people see the environment, tech and demographics as more pressing than their older colleagues. ICSA worries that if this is right, organisations run by more mature leaders might well be caught off-guard as governance develops in the future.

According to Peter Swabey, policy and research director at ICSA: “It is clear that generation X/Y governance professionals believe certain issues are more pressing than is currently appreciated by those in senior positions with greater levels of influence.

“If they are correct, this potentially leaves organisations at risk of being blindsided by social developments, left behind by their competitors to more regulation in response to shifting public sentiment.”

Swabey adds that if boards are discomfited by legislative action to change corporate behaviour, “organisations must show politicians and the public that they effectively address issues of concerns without legislative intervention.”

The banks look as if they are getting their act together. The rest of the economy should heed the warning.