Integrity officers are increasingly becoming a fixture in large corporates, especially in the wake of various scandals. But are they really of benefit? 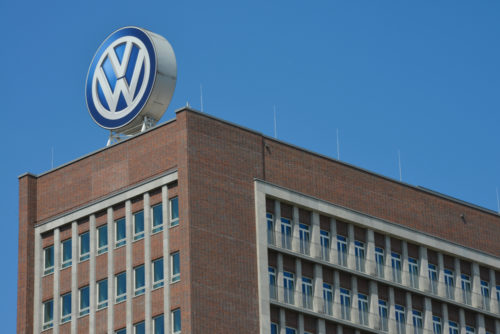 Chief executives make headlines while their fellow executives largely go under the radar of press and shareholders. However, there is perhaps a role that is starting to grab more attention: the chief integrity officer.

While that may come as a surprise to many, the job is increasingly popular among corporates and boards keen to safeguard their company reputations.

It was Werner who was quoted, not long ago, saying that reform of the carmaker’s approach to integrity would be a “marathon”.

A Financial Times article noted recently that there were close to 400 integrity officer posts available on a popular recruitment website. British Cycling recently appointed one, as too did the England and Wales Cricket Board. FIFA, the international governing body for football, made the news after poaching an integrity officer from UEFA, the organisation in charge of European football.

Meanwhile, perhaps the most high-profile chief integrity officer in the world at the moment is Hiltrud Werner of disgraced carmaker VW. In German newspaper Süddeutsche Zeitung, she signalled her importance recently with the headline: Diese Frau fordert VW heraus (This woman challenges VW). Indeed, Werner is a board member at VW and it is to her that shareholders look for an indication that the company has changed its ways. It was Werner who was quoted, not long ago, saying that reform of the carmaker’s approach to integrity would be a “marathon”.

And if evidence was needed of the role’s growing international currency, a special commission in Australia last month recommended the government “mandate” the introduction of “principle integrity officers” for the country’s banks following a series of scandals.

Of course, VW and Australia’s banks have something in common: both have been embroiled in troubles that threatened destruction through damaged reputations. Integrity officers are appointed to rebuild reputations and to head off future scandals.

Though the role appears to be growing in popularity now, there is a history. According to Dennis Gentilin, a fellow at Macquarie University, the role may have its roots in a piece of 1991 legislation from the US (Federal Sentencing Guidelines for Organisations) which prompted the appointment of “chief ethics officers” because evidence of detecting and preventing violations of the law could earn clemency from judges. 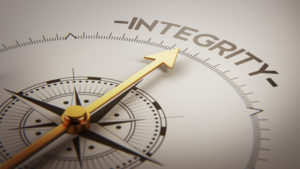 In many places “ethics officers” fell out of favour but companies retain general counsel, or legal officers, and chief compliance officers as a means of staying in line with regulations and the law.

In many organisations integrity officers also hold these positions but, as observers note, there is a difference between maintaining compliance and abiding by legal restrictions on the one hand, and acting on standards of ethical behaviour on the other. As stock owners and the public will know, all too frequently companies can be compliant with regulations and the law while cheerily flouting standards of integrity.

According to Enrique Aznar and Antonino Vaccaro* in a 2015 article for the Harvard Business Review, “businesses need to go beyond compliance.”

“The chief integrity officer would support the CEO and the board in sharing the corporate culture, helping to create an organisational environment in which people are happy and proud to work—not just because they are complying with the law, but because they are making a positive contribution to society,” they write.

Aznar and Vaccaro cite a list of benefits from having an integrity officer including better performance, favourable public opinion that underpins a good reputation, and happier workers. They argue that a good integrity strategy will create value, reduce costs and risk, gain competitive advantage and build reputation capital.

They conclude: “As the saying goes, we cannot solve our problems with the same thinking we used when we created them. Perhaps it is time to adopt an ethical mindset, and the roles that go along with it…”

Not everyone sees integrity officers in the same way. While they look like a good idea, some argue they are best left as voluntary appointments. When the proposal emerged for compulsory integrity officers in Australian banks, Gentilin argued that introducing a “regulatory requirement” ran the risk of allowing institutions to turn the integrity role into a “token gesture”.

An organisation, he said, which had an integrity officer that did not have true independence or “unfettered access” to all parts of an organisation, or the “requisite platform” to “speak truth to power”, would be in danger of establishing a role that was “all style and no substance”.

“There’s a danger that everybody says, ‘X handles ethics and integrity,’ but, of course, it is everybody’s responsibility.”

The role has to be properly “instituted”. Ironically, Gentilin’s point appears to be that “compliance” is not the same as “integrity”.

Others have similar views. Geoff Moore, a professor of business ethics at Durham University, says an integrity officer must have “clout” within an organisation—seniority and access to the right people to make the role matter. However, he also sees another risk: a single officer charged with maintaining integrity lets other executives and employees off the hook.

“There’s a danger that everybody says, ‘X handles ethics and integrity,’ but, of course, it is everybody’s responsibility,” says Moore.

According to Guendalina Dondè, a researcher at the Institute of Business Ethics, integrity officers are important because they can push through the introduction of ethics programmes, and research shows that companies with a “comprehensive” ethics programme for employees score better on indicators of ethical culture than those organisations without.

In the wake of the financial crisis and a host of other corporate disasters, ethics and reputation are top-of-the-agenda issues. The appointment of integrity officers is unlikely to fade any time soon.