Alibaba founder Jack Ma has revealed plans for succession, the culmination of decade-long preparation. How can other companies follow his example? 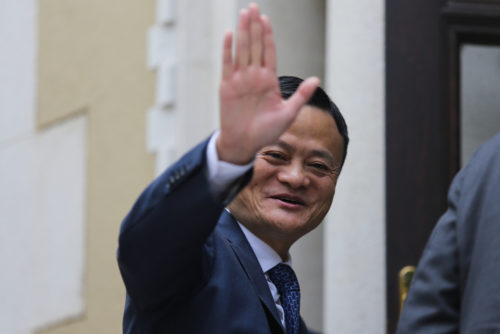 The news this week is once again full of the rags-to-riches story of Jack Ma, the billionaire co-founder and executive chairman of the internet giant Alibaba. This time, though, Ma is making headlines for announcing his retirement and revealing the company’s succession plan. The markets responded with enthusiasm. Would that every company handled their succession planning so well.

Alibaba’s ordered succession not only pleased the markets; it underlined the company’s reputation for being well run.

Succession is a thorny topic for boards and investors alike. When Sir Martin Sorrell stepped down as chief executive of WPP earlier this year amid allegations of inappropriate behaviour, it followed frequent complaints from investors about succession at the company.

The sudden resignation of Intel CEO Brian Krzanich provoked a slew of commentaries concerned that companies were not preparing for “catastrophe succession.” Leadership is critical and shareholders like to know proper consideration has gone into the appointment of new kingpins.

Alibaba’s ordered succession not only pleased the markets; it underlined the company’s reputation for being well run. Ma’s departure had been preceded by a decade of preparation. The handover will take a year. Other companies seem to fare less well at what seems an obvious concern for boards.

There is around a 15% turnover, give or take, of chief executive jobs each year, according to research from consultancy Strategy&.

However, while complaints about succession may grab the headlines, the data appears to show that planning is improving. Strategy&’s figures reveal that the share of “planned” leadership turnovers in 2016 was 81%, the third-largest rate since 2000. Perhaps in response to concern about succession, leadership has also become less concentrated as the percentage of incoming CEOs who are also named as board chairman has also fallen over the past decade from up to 50% in the 2000s to just 10% in 2016.

According to Strategy&, “…boards continue to get better at planning smooth successions and bolstering corporate governance.” However, the consultancy also says there is room for improvement.

That’s also the view of Mark Donnelly, a succession expert and partner with executive search firm Odgers Berndtson, who says that companies fail the succession challenge when they take a “haphazard” approach instead of being “proactive” and work on an “ongoing” basis with regular reviews of their plans.

Donnelly believes many boards are also guilty of “narrow” thinking: believing they have identified people for key roles without properly analysing what the requirements for the role are. Candidates also need to be assessed against skill requirements on both internal and external benchmarks, says Donnelly.

The collection of information is stressed by Edward Houghton, a research advisor at the Chartered Institute for Personnel Development, a professional body for HR practitioners, who fears that short-term stress crowds out the long-term thinking needed for a considered succession plan.

Houghton stresses the need for boards to gather the data that “evidence” their leadership appointments, and resist going with their gut instincts when a leadership decision becomes urgent. Boards, says Houghton, should understand that leadership is an item for the “risk register” and deserves respect.

“…you can have the best striker in the game, but if no one will pass him the ball because he is a jerk to work with, not many goals will be scored.”

“Leadership is critical for success,” says Houghton. “Many companies have very little or no understanding of how succession planning, or the talent pipeline, is a significant risk for an organisation.”

That said, experts also warn boards to avoid being seduced by what appear to be “star players”, unless they have the right skills and can get along with other executives. According to Randall Peterson, a professor at London Business School’s Leadership Institute: “…you can have the best striker in the game, but if no one will pass him the ball because he is a jerk to work with, not many goals will be scored.

“You need people who fill a gap and play well with other people for the team/board to win.”

Jack Ma will spend the next 12 months handing over to his successor, chief executive of 12 years Daniel Zhang. Time enough for other boards to watch and learn.