After intervention by Donald Trump the US is considering an end to quarterly reporting. Many argue that it would be a bad idea. 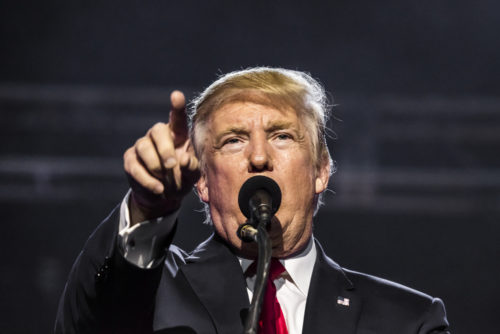 The backlash is underway. Back in August Donald Trump surprised the business world by using his Twitter account to launch a review of moving US markets from quarterly to six-monthly reporting.

For many this was the most enlightened stance Trump has taken since becoming president of the US. Trump’s tweet suggested that ridding companies of their three-monthly quarterly reporting obligations would help generate jobs.

The big guns are now beginning to emerge to make the counter-argument: quarterly reporting is good. It’s worth reviewing what they have to say.

But the big guns are now beginning to emerge to make the counter-argument: quarterly reporting is good. It’s worth reviewing what they have to say.

In the Financial Times this week no less than Lawrence Summers, former US treasury secretary and now professor of economics at Harvard, laid out the arguments for retaining four reports a year to the markets.

Some companies, Summers argues, such as Amazon, already trade at huge multiples because of a convincing long-term vision. Other big start-ups—the so called “unicorns”—trade at healthy prices because they too have persuasive long-term plans. Quarterly reporting, he argues, hasn’t undermined their startegic approach.

Summers also says that reducing the frequency of reporting would increase the chances of big surprises for the markets because executives might delay releasing bad news to investors.

Next, anti-short-termism arguments imply that companies with high cash flows are over-valued. Summers says that if that was the case we would see them produce abnormally low returns, “not unusually high ones.”

Lastly, he suggests that less frequent reporting would favour the big investment houses, which can afford their own analysis teams and maintain close contact with company boards. Smaller investors would find themselves at a disadvantage.

Information flow is central to other critics. Michael Posner, a professor of ethics and finance at NYU Stern School of Business, writes in Forbes magazine that quarterly reports not only include a lot of numbers, but also narrative elements that detail current risks faced by companies. Without a quarterly report, that information would be missed by many investors. 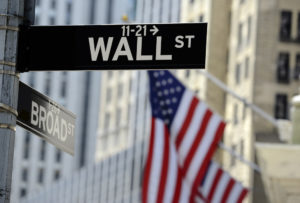 “What the president’s proposal will do is reduce transparency and deny investors, government regulators and the public essential information about a range of topics that are in the public’s interest to know,” writes Posner.

While many voices have expressed concern that companies are too short-termist, they have also been careful not to confuse the issue with quarterly reporting.

When FCLTGlobal, a campaign group set up to encourage long-term thinking in business, released its report last year, it made a crucial distinction.

“It is critical to distinguish quarterly guidance, which relies on forecasts issued by companies to influence market expectations, from quarterly reporting, the retrospective reporting of factual performance, and consensus estimates, external analysts’ forecasts of earnings performance,” the report said. Has Trump picked the wrong bogeyman?

It is interesting to compare the current US debate with what has happened in the UK over the past two years. Within the next two months the Investment Association is likely to publish its latest survey of quarterly reporting dropouts—those companies that have given up on quarterly reports.

In September last year the association released figures indicating that 40% of FTSE 100 constituents, and 60% of the FTSE 250, have ceased reported every three months. Year on year, the number of FTSE 100 companies that issued quarterly reports had declined by 19%.

The changed followed a call by the association in 2016 to end quarterly reporting. This came as part of what it called a Productivity Action Plan aimed at helping boosting UK productivity, which is notoriously poor.

In a position paper, the association also said its members—200 investment management firms—found the value of quarterly reporting “questionable”.

The Investment Association made the usual arguments that quarterly reporting can lull company managers into making “myopic” business decisions.

But in a position paper, the association also said its members—200 investment management firms—found the value of quarterly reporting “questionable”.

“When evaluating a company, our members need to be able to assess the health of the business, its growth potential, and the long-term sustainability of its earnings,” said the paper.

“The additional resource required to analyse quarterly reports when they are often largely formulaic, or contain excessive or redundant information, tends to impact on our member’s ability to do this, and can serve to undermine the trust and confidence between companies and their shareholders which is so essential to long-term value creation.”

The paper goes on to say that investment managers value direct contact with companies, which leads to a better understanding of strategy. It also refutes the argument that less reporting leads to bigger shocks.

“Additionally, the risk that management may delay a negative disclosure to include it in a later results announcement is largely offset by the FCA requiring companies to announce price-sensitive information to the market as soon as possible.”

The reporting debate is set to run in the US for some time. Whether it joins the UK trend remains to be seen.