WPP has resolved its search for a new chief executive by selecting an internal candidate, making the media giant in tune with appointment trends in the FTSE 100. 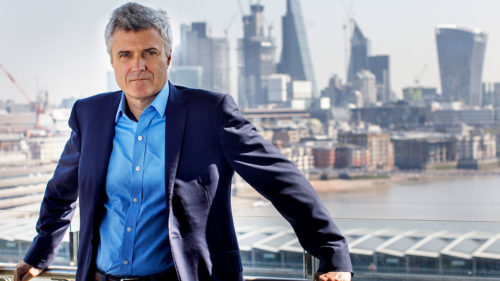 WPP, one of the world’s largest media agencies, has a new chief executive after the debacle over the resignation of founder Martin Sorrell earlier this year following complaints about his conduct.

But WPP is being cautious and looks set to end the leadership uncertainty with an internal appointment in Mark Read, a man who has spent 30 years with the advertising and marketing giant, including 10 years on the main board as head of the company’s digital division.

In choosing an internal candidate, WPP has followed a growing trend that has seen some of the UK’s largest companies stick with homegrown talent.

“‘Inside out’ organisational knowledge helps, hence, in part, why we’ve seen a trend toward internal CEO appointments alongside a focus on proactive internal succession planning.”

When Robert Half, a recruitment agency and headhunter, published its CEO Tracker survey in April, it revealed that 40% of the top 100 companies are headed by internal appointees, compared with 21% in 2015.

Of the current crop of executives, 13 have, in fact, spent their entire careers with their companies, up from just seven in 2015. Robert Half says the figures show that “loyalty and company experience are top values for a UK CEO.”

When executive search firm Heidrick & Struggles (H&S) looked at CEO recruitment, it found that the largest global organisations—those with revenues of $30bn (£23bn) or more—picked internal appointments. Five out of six FTSE 100 companies of this scale turned to leadership from home. The figure drops to four out of six for companies with $10bn revenues or less (WPP booked £15bn in revenues for 2017).

According to Jenni Hibbert, a senior partner at H&S, few people are actually equipped to take them on, despite stiff competition for chief executive roles. This, she says, may lead to the cautious step of turning to internal people.

“‘Inside out’ organisational knowledge helps, hence, in part, why we’ve seen a trend toward internal CEO appointments alongside a focus on proactive internal succession planning,” says Hibbert.

“Team managers openly discuss business imperatives, critical roles, and successors, all through the lens of potential.”

Many are surprised, however, that there are not more internal appointments to the top job.

When academics from Stanford University looked at chief executive appointments in the US over the long term, they found that throughout the 2000s around 30% of all new CEOs were external candidates, a figure that helped provoke debate on what companies were doing to nurture internal talent.

In an article for Harvard Business Review, Claudio Fernández-Aráoz, a senior adviser at Egon Zehnder, wrote that many companies lost the opportunity to develop high-fliers through lack of focus on talent development, even though there were plenty of existing internal candidates with the potential to rise to the highest level.

He cited the efforts by Prudential, the London-based insurance company, to overhaul succession planning in the company.

“At the time, management acknowledged that the existing talent-review process was ‘assessment-heavy but insight-light’ and too focused on current capabilities. Senior leaders set out to revamp it by emphasising rigorous succession planning across all divisions and regions.

“Though this change was led by the executive committee and board, development now cascades up rather than down and starts with conversations between HR leaders and line managers, who have been trained to spot future stars.

“Team managers openly discuss business imperatives, critical roles, and successors, all through the lens of potential, and unit leaders report back up to the group’s CHRO and CEO… sharing details about why people were deemed high potentials and how, over time, they can grow into different roles across the organisation.”

Roberto Quarta, chairman of WPP, said in a statement that WPP had looked at both internal and external candidates. But his recent leadership of the company on an interim basis had left the board in doubt.

“Recognised for his leadership throughout the industry, he has an intimate understanding of the business, he enjoys very strong internal support, and he has earned the respect and endorsement of our clients with his constant focus on their needs.

“He has played a central role in many of WPP’s most successful investments and initiatives, and he has deep experience at board and operational level. Most recently, Mark led the transformation of Wunderman into one of the world’s top digital agencies, and he understands the importance of culture in creating successful organisations. In short, he is in every way a 21st-century CEO.”

But why are internal candidates finding favour now? Kieran Moynihan, an advisor on board performance, believes internal candidates tend to get the nod when a company is already doing well and when they are already an established member of the leadership team unlikely to disrupt boardroom dynamics.

“Where a company is going well and the CEO needs to be replaced, an internal successor can literally hit the ground running that day and where this transition is managed really well, the business almost doesn’t skip a beat,” says Moynihan.

“In this scenario, the internal replacement has been a long-standing member of both the executive team and the board team so there can be very little impact on the overall board dynamics and effectiveness other than the board getting used to the new CEO’s individual style and approach.”

However, there are reasons to go outside, says Moynihan, such as the need for a “decisive change” to tackle a company in crisis, or a strong belief that, even though business is good, the internal candidates are not ready.

The board of WPP obviously saw things differently. In March the company reported its worst year since 2009, with revenues down 0.9%. That compares with a painful 8.1% drop nine years ago. The board clearly feels an inside man is still the right choice.