The Investment Association’s Public Register shows that the number of investor revolts against remuneration reports is on the rise. 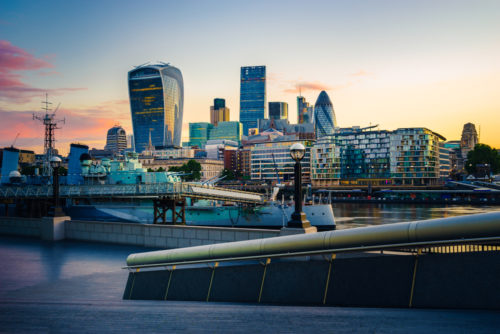 Revolts against remuneration reports look on course to increase significantly, according to figures from the Investment Association.

By the end of July the Public Register of shareholder resolutions had logged 41 companies that had seen votes of 20% or more against their remuneration reports, compared with 37 for the same period last year, and just 43 in the whole of 2017.

“Having to pay high salaries in order to attract the best top executives is a popular mantra in board circles, but our research shows that this is a mistake.”

The Financial Times reported that that the period to July saw 18 FTSE 100 companies suffer significant opposition to remunerations reports, compared with nine in 2017.

The Public Register only records votes of 20% or more.

But the size of revolts has increased. In 2017 the biggest revolt was against the remuneration report of Pearson PLC, at 65.59%.

Shareholders at Petropavlovsk posted a 71.54% vote in opposition to its pay report, with 17.6% withholding their vote, taking the revolt to almost 90%.

Persimmon—which made headline news when chief executive Jeff Fairburn received a £110m payout, prompting public criticisms and the resignations of the board chair and the remuneration committee chair—recorded a 48.52% revolt with 30.94% abstaining.

This month the High Pay Centre released figures showing that median pay for FTSE 100 chief executives had risen by 11% in 2017, to £3.93m per year.

The High Pay Centre’s report said that “our findings strengthen our conviction that more meaningful change to policy and practice are needed in order to achieve full stakeholder confidence in executive pay practices.”

Deloitte figures showed that 22% of companies received less than 80% support for their remunerations reports, compared with only 6% last year.

Stephen Cahill, vice chairman at Deloitte, said 2018 had been a “much more challenging voting season” because of a tougher stance on pay, particularly on companies viewed as repeat offenders.

“Shareholders and proxy agencies are increasingly hardening their line not just on pay levels, but where companies are failing to act on previous concerns, in particular around transparency of pay arrangements,” Cahill said.

Across the Atlantic chief executive pay has also risen, with a think-tank in Washington, the Economic Policy Institute (EPI), finding that pay had grown 17.1%, establishing a CEO-t0-worker pay ratio of 312 to 1, rising again though not as high as the peak in 2000 when it reached 344 to 1.

A report from the EPI said: “CEOs are getting more because of their power to set pay, not because they are more productive or have special talents or more education.

When the Vlerick Business School looked at pay it found that often the best-performing companies were paying their chief executive less.

Writing for Board Agenda, Xavier Baeten, professor of management practices at Vlerick, said: “Having to pay high salaries in order to attract the best top executives is a popular mantra in board circles, but our research shows that this is a mistake. High salaries seem to be a compensation for a lack of other (and more effective) motivating factors.“