Uber’s 2019 deadline to undertake an IPO is on the cards, after a three-year wait to appoint a CFO is complete. 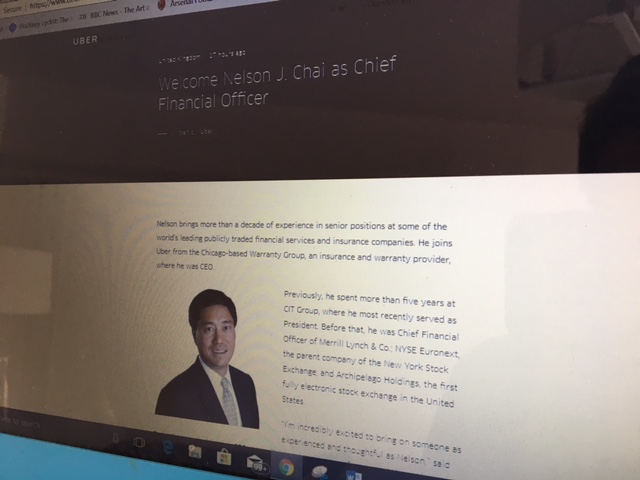 Uber has filled its CFO role after a three-year hiatus, in a move that has pushed forward the possibility of the taxi-booking business undertaking an initial public offering (IPO).

“I’m incredibly excited to bring on someone as experienced and thoughtful as Nelson,” said Dara Khosrowshahi, Uber CEO. “He will be a great partner for me and the entire management team as we move towards becoming a public company.”

If an IPO is not achieved then a transfer restriction on shares will be lifted, Reuters reported.

The business has faced a number of governance and reputational issues, losing its London trading licence for “a lack of corporate responsibility” last Autumn, before regaining it in June.

Chai currently serves on the boards of Thermo Fisher Scientific, the University of Pennsylvania School of Arts and Sciences, and the US Fund for UNICEF.