Research finds that chief executive pay at the largest US companies rose significantly in 2017, taking the CEO-worker pay ratio to 312 to 1. 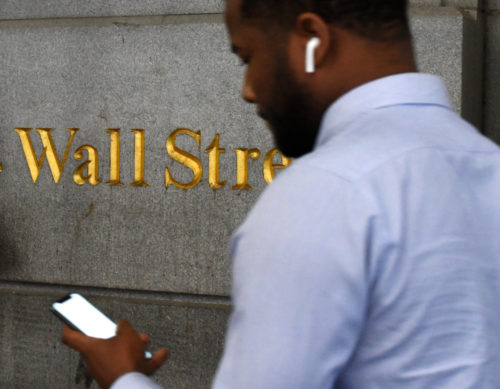 Chief executive pay in the US has surged significantly, growing by 17.6% from 2016–17, according to figures from a think-tank.

The rise takes the average CEO-to-worker pay ratio to 312 to 1, rising but not as high as the peak in 2000 when it stood at 344 to 1, according to the Economic Policy Institute (EPI) in Washington.

On a measure using the value of stock options at the time they were granted, average CEO pay stood at $13.3m in 2017, up from $13m the previous year.

A report from the EPI said CEO pay growth was a major factor in doubling the “income shares” of the top 1% and the top 0.1% of US households.

“Regardless of how it is measured, CEO pay continues to be very, very high and has grown far faster in recent decades than typical worker pay,” said the EPI’s report.

“Higher CEO pay does not reflect correspondingly higher output or better firm performance. Exorbitant CEO pay therefore means that the fruits of economic growth are not going to ordinary workers.”

EPI added: “Over the last several decades, CEO pay has grown much faster than profits, the pay of the top 0.1% of wage earners, and the wages of college graduates.

“CEOs are getting more because of their power to set pay, not because they are more productive or have special talents or more education.

This week the UK’s High Pay Centre revealed that average CEO pay in Britain had also risen in 2017, with figures recording a rise of 11%—though they were boosted by exceptionally high pay awards for the chief executives of housebuilder Persimmon and Melrose, the manufacturing group.

The firm said 22% of companies received less than 80% of shareholder support during votes on their remuneration reports, compared with 6% last year.

The EPI said growth in US CEO pay was driven by a spike in exercised stock options, up by 47.1%.

“In other words, CEOs cashed in on a rising stock market in 2017 (up 15–19%, depending on the stock index … much faster growth than in the previous two years).”