A report from the Financial Reporting Council delivers scathing criticism of PwC’s audit of collapsed retail chain BHS and the partner who headed the work. 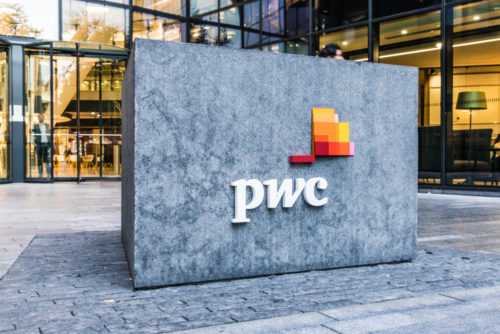 PwC’s audit of collapsed high-street department store BHS included failings in ethical standards, according to a stinging report from regulators.

The report also revealed that Steven Denison, the engagement partner for BHS, had spent just two hours on the audit of financial statements for the company and parent Taveta Group.

According to a report from the Financial Reporting Council, (FRC) the audit work also failed across planning and considerations of going concern, impairment and the company’s income statement.

The FRC said there were also breaches of International Standards of Auditing.

In June the FRC announced that PwC had been fined £10m (reduced to £6.5m) and severely reprimanded for audit work on BHS financial statements for the year ending August 2014.

“We are sorry that our work fell well below the professional standards expected of us and that we demand of ourselves.”

Steven Denison, PwC’s engagement partner on the audit and the head of UK assurance for the firm at the time, was fined £500,000 (reduced to £325,000) and banned from “any audit work” for 15 years. He was forced to remove his name from the list of statutory auditors.

Both Denison and PwC admitted misconduct.

BHS was bought by Sir Phillip Green for £200m in 2000. The store became part of the Taveta Group in 2009 and was then sold in 2015 to Retail Acquisitions, owned by Dominic Chappell. In April 2019 BHS went into administration.

“The admitted miconduct will tend to undermine confidence in the standards of conduct of auditors and audit firms and in the profession generally,” the FRC said.

The FRC concluded that Denison “was in large part responsible for the misconduct.”

“In the case of Mr Denison, the misconduct involved a failure to conduct business with integrity in relation to the circumstances surrounding the signing off of the audit for BHS for the year ending 30 August, 2014.”

The FRC report said PwC and Denison failed to “guard against the self-interest threat created by the substantial fees they generated in providing non-audit services to the Taveta Group.” Audit fees for 2014 were £335,000 while non-audit fees amounted to £2.85m, though the FRC said papers suggest the figure could have been as high as £3.3m. According to the report, Denison was the “single point of contact” for Sir Phillip Green.

The FRC said PwC and Denison had “not obtained a going concern assessment from management,” and in particular how BHS would remain a going concern without financial support from Taveta Group as it had done in previous years.

The report said PwC failed to consider several indicators that BHS was not a going concern.

According to the report, BHS had significant net liabilities as turnover fell, and had made provision for loss-making stores and deficits in the company’s defined benefits pension scheme. Taveta had submitted an application to restructure the pension. “This was an indicator of potential insolvency…” the FRC said.

PwC said: “We are sorry that our work fell well below the professional standards expected of us and that we demand of ourselves. This is unacceptable and we agreed the settlement recognising that it is important to learn the necessary lessons . . . Whilst the failings did not contribute to the collapse of BHS over one year later, they were serious.”

According to the Financial Times, Denison has accepted the FRC ruling and regretted the “mistakes’ that led to it.