MPs criticise gender pay gap reporting and call for companies of 50 employees to be included in requirements. 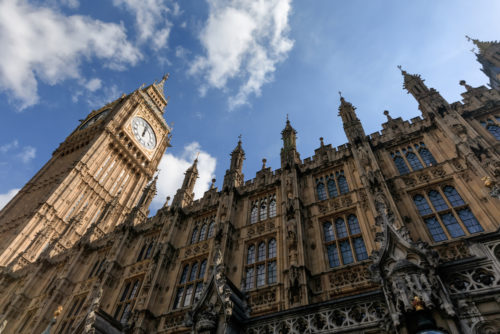 The UK should extend the requirement for gender pay gap reporting to a broader range of companies, according to a report from an influential committee of MPs.

Members of the House of Commons business (BEIS) select committee yesterday revealed that they want to see gender pay gap reporting spread from companies with 250, or more employees, to businesses with 50 or more.

The report criticised many companies for publishing “inaccurate” reports and being “reluctant” to devote the appropriate resources to the process. It also called on government to publish revised guidance as well as review the current reporting requirements.

The report said government should end “ambiguity” about the ability of the Equalities and Human Rights Commission (EHRC) to impose fines for non-compliance.

MPs also called for companies to publish narrative reports on their pay gaps explaining the efforts being made to counter inequalities.

The report concluded: “The new reporting regime is a step forward, but its full potential has not yet been realised.

“We are calling for the government to be more ambitious, by requiring more detailed statistics to be provided to aid analysis and, crucially, by requiring organisations to explain what they are doing to tackle their gender pay gaps.”

The report added: “An improved set of reporting requirements should act as a catalyst to steepening sharply the current gentle trajectory in reducing the gender pay gap.

“Cultural change is needed to ensure that genuinely gender-neutral policies and practices become part of the DNA of every organisation at every level.”

In terms of reporting methods, the MPs would like to see companies reporting pay over “deciles” rather than “quartiles”.

The practice by some companies of excluding the highest paid members of staff, including partners, from pay gap calculations was also criticised. The barbs were aimed at the reporting of some law firms.

“The exclusion of the highest paid people in organisations makes a nonsense of efforts to understand the scale of, and reasons behind, the gender pay gap,” the report said.

“The government was wrong to omit the remuneration of partners from the figures required in the regulations.

“It is disappointing that some of our leading providers of professional services initially sought to avoid revealing the true extent of the gender imbalance at the top of their companies and more disappointing that one—Allen & Overy—continues to delay publication.”

Pay gap reporting covering disabilities and ethnicity was also recommended by MPs in time for publication in 2020.