The Brexit timetable causes ructions, cannabis is legalised in Canada, Japan’s bitcoin is stung for security, and Italy sparks outrage among the Left. 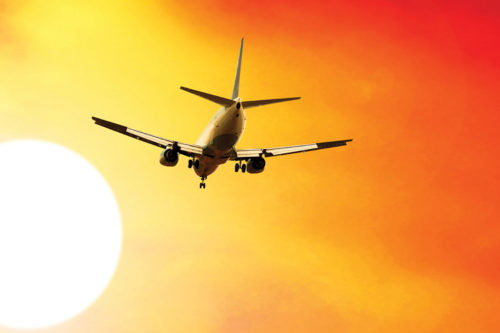 It’s not the first business to express concern with the Brexit timetable but Airbus made front-page news when it made plain its frustrations. “We’ve come to the point where we have to make serious decisions. We can’t continue with the current vacuum in terms of clarity,” chief operating officer Tom Williams said on BBC Radio 4’s Today programme in June, as he answered question about threats to depart the UK because of Brexit. It was a crystal-clear warning to the UK government that negotiations with the EU should make more speedy progress.

September welcomes the UN General Assembly, with world leaders converging on New York. It will be a strange affair given that US president Donald Trump, through actions like sparking a trade war and repudiation of the UN Human Rights Council, appears to be in the process of breaking as many elements of international cooperation as he can find.

Alliterating nicely is not the only smooth element of Canada’s cannabis policy. Parliament has voted to make the drug legal from October. After that, Canada has a whole new product and market to regulate and tax through licensed dealers. Some Canadian states needed more time than others to integrate the policy; otherwise the legitimate cannabis business is off to a very laid-back start.

BitFlyer, Japan’s biggest bitcoin exchange, was forced to suspend account creation in June after regulators said it should beef up security and management. The move came after another exchange, Coincheck Inc, was hacked with the loss of $530m in cryptocurrency. Meanwhile, Europol, the law enforcement agency, met with exchanges in June to discuss how to crack down on the use of bitcoin for money laundering.

Following 88 days of negotiation, the end of May saw the appointment of law professor Giuseppe Conte as prime minister, backed by the populist Five Star Movement and the right-wing League. So far Italy has outraged liberal commentators by turning away migrant refugees and threatened to deport Roma gypsies. Leaders of the two parties hold the two deputy prime minister positions. Hardly harmonious bedfellows.