Poll finds that the image projected by corporate leadership is now a major concern for boards as they also grapple with the challenge of integrating reputation issues into business models. 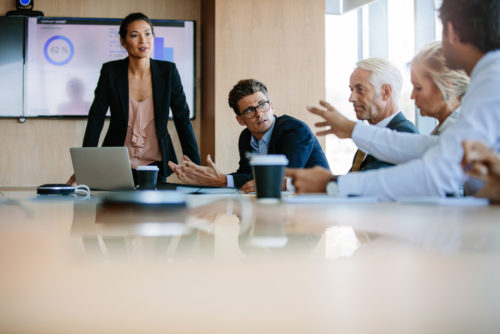 Public image has become the biggest concern in boardrooms around the world, according to a survey.

A poll by WomenCorporateDirectors (WCD) at a conference in New York revealed the top ten concerns and “hot button” issues among directors and governance experts.

The image projected by corporate leadership came out as the chief worry. Other major concerns were the integration of reputations into business models, and whether activists were gaining support among key investors.

In a statement from WCD, Kimberly Ross, a board member for the Chubb Corporation, Nestlé and PQ Corporation, said: “You don’t want to look like a board or a management team that is entrenched.

“The best defence is a proactive board and management team not only around strategy, but also around the composition of the board, including diversity.

“This means being nimble and making changes in skill sets recruited for the board depending on what the times call for.”

Susan Keating, chief executive of WCD, said: “Many companies today are finding themselves at a crisis point across a number of areas, with the burden to resolve hot-button issues flowing up to the board.”

The research revealed concerns about the process of weaving reputation into a business model. Facebook’s current predicament over the security of user data looms large in this discussion.

Dr. Anastassia Lauterbach, board chair at Censhare AG in Germany and a director at Dun & Bradstreet Corp, said: “Organisations such as Facebook—but many others, too—are battling public perceptions about who they really serve: their advertisers or their users?

“The Information Age is over, and we are now in the Reputation Age. This entails shifting from monetising eyeballs to a model that doesn’t really exist right now at the same scale of profitability. With public companies, who need to deliver quarterly results, the challenge is that much greater.”