Tapping into the thinking of young professionals on issues that affect business, society and the economy is a vital part of any evolutionary process. Corporate governance is no exception. 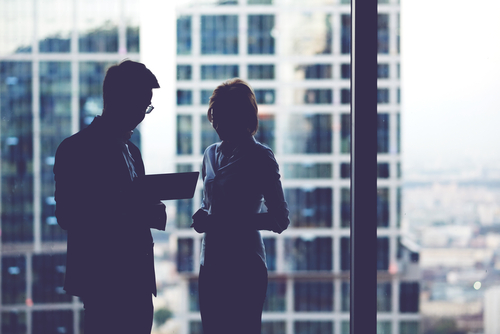 At its annual conference in July, ICSA: The Governance Institute gave a preview of its research on how 18-35-year-old governance professionals see their role and the issues they believe are most likely to cause governance challenges in the future. The survey comes at a time when trust in business is at a low point, and demands to improve governance are high.

The job of governance professionals in the 21st century is, in many ways, more demanding than ever as board decisions and company behaviour come under sharper scrutiny

The project, called Next Generation Governance, reveals some telling initial findings. Reputational risk is one of the biggest concerns, not least because of the string of recent high-profile governance failures, from outsourcing group Carillion, to Volkswagen and Wells Fargo.

Given the poor handling of communication in these scandals—and the damage to reputation—awareness of providing the right information at the right time to all stakeholders is uppermost in respondents’ minds.

The job of governance professionals in the 21st century is, in many ways, more demanding than ever as board decisions and company behaviour come under sharper scrutiny by investors, the public and social media.

Interestingly, most (69%) young respondents thought the level of scrutiny of organisations will rise further in the future, compared with  61% of established practitioners (aged 56-65). This raises the question of whether young professionals are more realistic and, perhaps, less complacent than their elders?

In the next 10 to 15 years, increasing regulation is seen as the biggest obstacle to effective internal oversight, largely because of “insufficient time and resource to deal with the volume.”

Earlier this month, the Financial Reporting Council revised its UK Corporate Governance Code and tightened boardroom rules in a bid to improve governance. The reforms add to a plethora of European Union regulation, including General Data Protection Regulation, which came into force earlier this year.

Young governance professionals, in particular, have high expectations of companies and believe they should address social issues.

Trends in social attitudes are changing and in the past few years, pressure has been building on business to consider its responsibility to wider stakeholders—not just shareholders, but to society and the environment. Young governance professionals, in particular, have high expectations of companies and believe they should address social issues.

In the 2017 Deloitte Millennial survey, 74% of respondents said multinational companies have the potential to solve societal challenges. But one year later the 2018 survey showed they had a more negative picture of businesses’ motivations and ethics. “A stark mismatch persists between what millennials believe responsible companies should achieve and what they perceive businesses’ actual priorities are…”

The young professionals in the Next Generation Governance survey are not giving up, and believe social issues make up part of their governance role. Most (71%) flagged up the strong connection between the governance landscape and financial inequality.

As the business climate changes, companies would do well to tune in to the perspectives of the next generation and treat social concerns as governance issues at an early stage, preferably before they reach regulatory level.

Full results of the Next Generation Governance survey will be published by ICSA on 27 September.