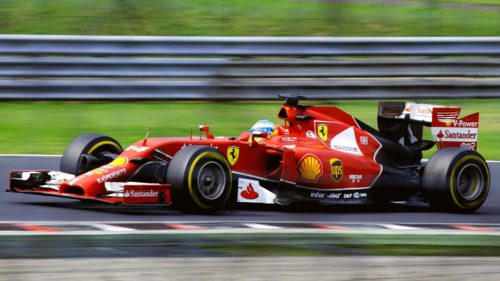 One of the automotive sector’s most influential characters, Sergio Marchionne, has died aged 66.

His role as CEO at Fiat Chrysler has been taken over by Mike Manley, in an acceleration of succession plans. Manley’s role will be ratified at the next shareholder meeting.

Marchionne also served as chairman and CEO at Ferrari. The chairman role is taken by John Elkann, another long-serving board member across both Fiat and Chrysler, while Louis Camilleri will serve as chairman.

“For so many, Sergio has been an enlightened leader and a matchless point of reference,” said Elkann. “For me, he has been someone with whom to share thoughts and in whom to trust, a mentor and above all a true friend.”

In May Ferrari appointed a new CFO. Antonio Picca Piccon joined the car maker from Ariston Thermo Group, where he also served as its finance chief.

Senior finance executive Clare Urmston has joined GAME’s board as a non-executive director. She will serve as chair of its audit and risk committee, and a member of both its nomination committee and remuneration committee.

“Her commercial, retail and financial expertise will enhance the balance of skills and experience of our directors,” said chairman John Jackson.

Sir Kevin Tebbit is leaving the senior independent director role at engineering firm Smiths. Bill Seeger, who has served as a non-executive since 2014 and took a stint as interim CFO until John Shipsey’s appointment, replaces Sir Kevin.