Firms that engage in corporate social outreach should make sure they send consistent signals, or they risk their actions being interpreted as a sign of bad conscience. 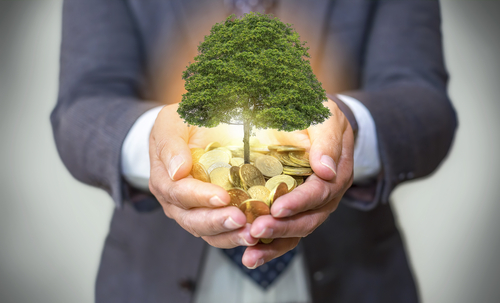 In 2016, US companies donated a total of $18.6bn to charity. That same year, philanthropic donations from FTSE 100 companies added up to £1 bn.

Sincere altruism doubtless accounts for some of this largesse. However, many companies also hope to manage public perception. If a corporation is seen as contributing to positive social change, it becomes that much harder to vilify it in the public mind—or so the reasoning often goes.

If a corporation is seen as contributing to positive social change, it becomes that much harder to vilify it in the public mind…

Taken to a cynical extreme, this logic could turn companies into pious sinners, attempting to skirt accountability for their questionable conduct through conspicuous pro-social activity. But where senior management might see a balancing of the scales, outsiders may detect hypocrisy. Rather than an indicator of pro-social orientation, unusually robust or sudden philanthropy could be interpreted as a sign of bad conscience.

My recent paper in Organization Science (co-authored by Jean-Philippe Vergne of Ivey Business School and Steffen Brenner of Copenhagen Business School) finds that companies sending mixed signals on social issues are more likely to receive a harsh media spotlight than a halo. Feeling the heat, they are also apt to take steps to resolve the contradiction and salvage their reputations.

We chose perceived CEO overcompensation [remuneration] as an example of a negative signal that has inspired stinging criticism in recent years. Increasing media focus on executive pay is tied to broader concerns about rising levels of income inequality across the developed economies. Companies may sow cognitive dissonance if they try to present themselves as good citizens by acting pro-socially, while lavishing compensation packets perceived as excessive on their CEOs.

Alternatively, the contrasting signals may simply confuse or irritate observers. We wondered whether that made any difference to how those companies were covered by journalists, compared with companies with more consistent signalling.

Disapproving coverage of a CEO’s perceived overcompensation was generally much greater when the focal company also engaged in philanthropy.

For the years 1995–2006, we gathered CEO compensation data for 1,477 S&P 1500 companies. To gauge media disapproval, we scoured more than 12,000 news articles in the Factiva database for negative tone, CEO name and compensation-related words.

For the companies in question, we measured the degree to which annual CEO pay was, in fact, higher than strictly warranted by company performance, size, industry standards, etc. Finally, we tracked each company’s philanthropic activity with the help of the independent research firm KLD.

After controlling for qualities that may affect media coverage—such as the track record and notoriety of both companies and CEOs—we found that consistency was indeed significant. Disapproving coverage of a CEO’s perceived overcompensation was generally much greater when the focal company also engaged in philanthropy.

Furthermore, companies did appear to take remedial action. Following a round of bad press, philanthropic companies promptly reduced CEO overcompensation. The extent of the correction was directly proportional to the amount of overcompensation, as well as the company’s level of philanthropic activity. Cuts happened more at older firms, but less at larger, higher-performing firms.

We speculate that firms with a demonstrated commitment to philanthropy are particularly sensitive to how they are portrayed in the media. They view pro-social outreach at least partly as a reputation-building exercise. When leaders realise that their expensive efforts may come to naught due to clashing signals (such as CEO overcompensation), they make tangible changes to preserve the organisation’s standing in the public eye.

We show that media coverage does sometimes incentivise companies to change.

Our study did not look at whether corrections to overcompensation were maintained over the long term. Nonetheless, our findings may counter the pessimism of some commentators—including the US business editor of The Economist, who said in 2005, “Journalism clearly has an ability to influence this debate, not least by shaming people who read the newspapers. But generally I don’t think this has been terribly effective…I also wonder whether shaming really is enough and whether the press really has the capacity to make a big difference.”

We show that media coverage does sometimes incentivise companies to change. Also, by selecting philanthropic companies as subjects of scorn, journalists seem to have wisely maximised the impact of their message of change.

We can only speculate as to why the conflicting signals we studied tended to sharpen media disapproval. It is possible that corporate hypocrisy simply makes an intriguing hook for a news story. Or perhaps journalists, being rather meagrely compensated on the whole, are biased towards pursuing stories about the unfair advantages of one-percenters.

A company’s outreach on behalf of women and girls may end up triggering a media investigation into the gender composition of its own leadership team.

We expect, however, that our findings can be generalised to a wide variety of inconsistent signals. For example, a firm embroiled in an environmental scandal could worsen its situation by making a large donation to Greenpeace. A company’s outreach on behalf of women and girls may end up triggering a media investigation into the gender composition of its own leadership team.

Corporate social engagement creates real value for companies and their stakeholders. When CEO overcompensation was not a factor, our study showed that philanthropy was strongly associated with more positive media coverage. From a reputational perspective, however, pro-social activity is less likely to be effective if it is isolated within a CSR department, away from the real action. Integrating social outreach into core business areas is the best way to prevent the sort of inconsistency that may draw negative attention.

Georg Wernicke is an assistant professor in the Strategy and Business Policy Department of HEC Paris. Formerly, he was a visiting scholar at INSEAD. This paper was presented in an Entrepreneurship & Family Enterprise brown bag session organised by the INSEAD Social Innovation Centre.