The case of China’s innovative Longfor Properties, which trailblazed corporate culture reform in China, proves that “When in Rome, do as the Romans do” is not a recipe for innovation. 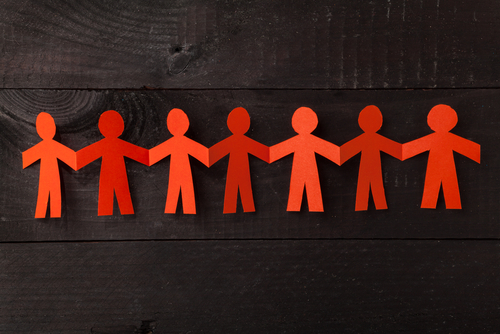 Innovation is the number-one priority of today’s CEOs. They correctly perceive that the fast-turning treadmill of disruption topples organisations that stand still. The only sure-fire way to stay on top is to consistently introduce products and services that provide unique, superior value and defy expectations.

So why are there so few consistently innovative organisations? And when the innovative spark does appear, why does it so often fail to ignite and sustain itself?

Without a strong cultural component, attempts at innovation are akin to putting the cart in front of the horse.

Innovation is like an iceberg. Most companies concentrate on what’s above the surface—the money-making products and services—rather than on the less tangible culture and processes that underlie, support and enable them. They want innovative results, without realising that innovation starts from the inside out, i.e. with culture. Without a strong cultural component, attempts at innovation are akin to putting the cart in front of the horse.

Perhaps no example best demonstrates this than the case of Madam Wu Yajun, the driving force of Longfor Properties, a leading real-estate developer in China. Madam Wu was not born into China’s elite. Her mother was a dressmaker; her father worked in a shop. She herself was a factory employee, then a journalist in her home city of Chongqing, before starting what became Longfor together with her husband in 1995.

From these modest origins, Madam Wu eventually rose to the status of China’s richest woman, thanks to Longfor’s success. She lost the title in 2012, when her stake in Longfor was split following her divorce. In 2011, she stepped down as CEO but remains chairwoman and the firm’s largest stakeholder.

She recently spoke on INSEAD’s Singapore campus, as part of a special case study presentation sponsored by the Emerging Markets Institute.

From the very beginning, Longfor’s development projects were an innovative departure from the purely functional Chinese norm. Madam Wu lavished attention on aesthetic elements such as gardens and trees, at a time when property developers in China gave little thought to nature. Longfor also distinguished itself by incorporating customer feedback into design and construction, and following up with customer satisfaction surveys.

What customers may not have seen was the unique internal culture behind Longfor’s innovations, which deviated radically from Chinese conventions. Where most companies adhered to the Chinese norm of top-down decision-making, Madam Wu deliberately distributed autonomy and responsibility to employees. Providing early opportunities to youth (she was in her early 30s herself) was a top HR priority, resulting in close collaboration between junior staff and senior managers, employee evaluations based on potential as well as performance, and other means of fast-tracking talent.

Madam Wu knew that Chinese employees would not simply swap Confucian values for more egalitarian ones upon entering Longfor. Chinese society’s affinity for hierarchy ran too deep for that.

In the early years of Longfor, when the organisation was small, its values were easily communicated and enforced on an informal basis. As the company prepared to expand beyond Chongqing, Madam Wu decided to make them official to ensure the company’s spirit remained intact.

In 2005, top Longfor managers began to draft a pamphlet called “Longfor: Personnel, Organisation and Culture”. But this was not the typical statement of cultural values, with plenty of generalities and abstract wording. Madam Wu knew that Chinese employees would not simply swap Confucian values for more egalitarian ones upon entering Longfor. Chinese society’s affinity for hierarchy ran too deep for that. For the unique cultural principles to be adopted, they first had to be illustrated with concrete behaviours and clear-cut rules.

In one fell swoop, the pamphlet prohibited a great many familiar features of Chinese working culture. For example, offices were capped at 20 square metres to decrease the power distance between leaders and subordinates. Employees were forbidden to carry superiors’ bags and open car doors for them. Arranging conference seating by rank also became off-limits. These practices—and many others like them also outlawed in the pamphlet—reflect established Chinese working culture, which often favours paternalism over pure professionalism.

The pamphlet helped Longfor retain its innovative qualities through its China-wide expansion and Madam Wu’s departure as CEO. Its revenue for 2016 (¥54.8bn) was nearly double that of four years before (¥27.9bn).

We had the pleasure of sitting down with the famously media-shy Madam Wu during her day at INSEAD. Madam Wu told us that as she was first formulating Longfor’s organisational culture, she “had to identify and support people who identified with this culture and practised it. I felt that this was a process one needed to go through. With more such people in the company, a cultural environment was formed.”

Madam Wu perceived that the tendency of Chinese companies to develop a family-like social atmosphere was detrimental to the values of professionalism and equality she sought to promote.

At the beginning, Madam Wu also perceived that the tendency of Chinese companies to develop a family-like social atmosphere was detrimental to the values of professionalism and equality she sought to promote. In addition, as a rare Chinese female entrepreneur in the 1990s, she found this tendency made her job even harder: “Everyone believes that a female leader should be nice.” She countered by demanding transparency around tasks and management structure, so that employees could not slip back into comfortable roles based on personal relationships.

She insists that Longfor’s culture is still a work in progress. “I feel that our company’s culture today is 70 to 80% clear, but the remaining 30% remains ambiguous. Of course, I feel that such ambiguity makes sense because it can drive our culture forward,” she said.

Empowering young people continues to be at the core of Longfor’s culture. The company has even embraced the trend of reverse mentoring, in which the younger generation educate their elders on topics significant to them. For example, a junior staffer will give a lecture on LGBT youth, or video games, in advance of Longfor starting work on a lifestyle project such as a shopping mall.

As Longfor has evolved, so too has China. The nation has proved capable of innovating at astonishing speed and scale, with human capital to rival anywhere else in the world. China may have caught up with Madam Wu.

Quy Nguyen Huy is the Solvay chaired professor of technological innovation and a professor of strategic management at INSEAD. He is also a director of the Strategy Execution Programme, part of INSEAD’s suite of Executive Education programmes.

Zhixing Xiao is an INSEAD PhD, founder and chairman of the Center for Leadership and Executive Coaching (CLEC).