More than 70% of shareholders voted against the remuneration report for Royal Mail in one of the largest investor revolts seen by a UK-listed company. 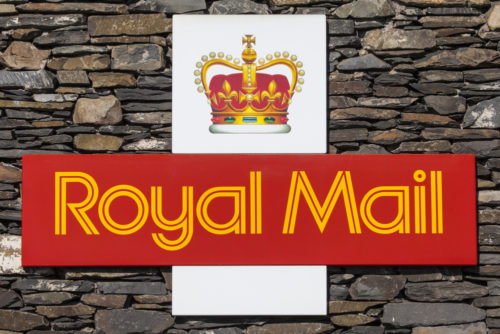 Royal Mail yesterday saw one of the biggest shareholder revolts over a remuneration report of any company listed in the UK.

Investors voted 70.17% against a report, which had included a “golden hello” of £6m for the current chief executive Rico Back, and a £1m parting payment for outgoing CEO Moya Greene.

The vote reveals the depth of feeling that exists over chief executive pay among shareholders and that investors are willing to act in unison where they find pay arrangements intolerable.

In June Petropavlovsk saw a 71.54% vote against its remuneration report. May saw 59.38% vote against Playtech’s report and 58.49% voted against Inmarsat’s report.

Royal Mail’s AGM also brought a 34.41% vote against the re-election of chairman Peter Long. There have been concerns about the chairman’s work commitments—that he was “overboarded”, or sitting on too many boards—which he acknowledged in a statement after the AGM.

Commenting on the shareholder action, Long said: “While we note that the majority of the meeting resolutions were passed with very sigificant majorities, we acknowledge and respect their views on a number of key issues.

“We are committeed to ongoing, constructive discussion with Orna Ni-Chionna [senior independent director] and I seek to address their outstanding concerns about my business commitments and the remuneration report.”

Long said that due to timing, many shareholders were not aware that he had stepped down as chairman of Parques Reunidos Servicios Centrales, the leisure park operator. “I made this decision some time ago, having carefully reviewed my overall business commitments,” said Long.

“We have worked hard since becoming a public company to take a highly responsible approach to executive pay and have enjoyed strong support from our shareholders on all remuneration matters until this vote.

“We recognise and understand the reaons why our shareholders felt they could not note in favour of the directors remuneration report this year.”

Royal Mail detailed the reasons in its shareholder statement. Ni-Chionna apologised for Royal Mail not being “clear enough” about the company’s contractual obligations to outgoing CEO Moya Green. It said the arrangements enjoyed by Greene had not been used for any other executives.

Shareholder advisory group ISS said: “It is not market practice for a departing director to receive a guranteed bonus payment upon termination.”

On Rico Back’s pay, Ni-Chionna defended Royal Mail’s position. She said Back had “unparalleled knowledge” of the company and industry.

Ni-Chionna said Greene and Back’s base salary, pension entitlements and benefits were “broadly” the same.

“The incoming CEO’s pension entitlement is lower and the salary is higher than the retiring CEO. We did not feel it was appropriate to reduce the fixed pay for this very demanding role.

“Those performance conditions are challenging. In the event that this extra pay is awarded, significant shareholder value would have been created.

“We believe that this approach is aligned with our focus on aligning pay to performance and reflects the responsible position we have taken on this key issue.”