A new UK governance code to be published on Monday will offer flexibility to allow some chairmen to serve for longer than nine years. 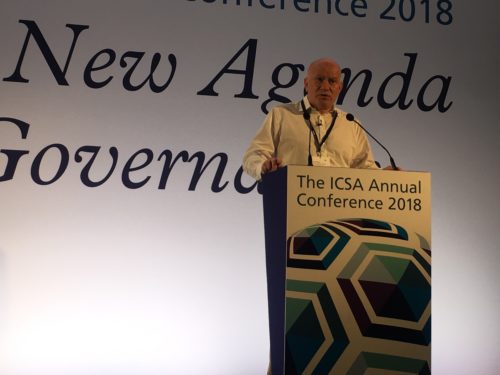 Company chairmen are to be granted flexibility in the UK’s new corporate governance code to be considered independent beyond nine-year terms, according to a senior figure behind the new document. David Styles, director of corporate governance at the Financial Reporting Council, told a conference this week that the move had been made to encourage gender diversity in board leadership. Styles said the new code would offer the opportunity for chairs to be considered independent after more than nine years if they were an “internal promotion” and had served part of their time on the board in another role. The new code is expected to
Want to read more? Register with a few details to continue reading this article or log in.
For thoughtful journalism, expert insights on corporate governance and an extensive library of reports, guides and tools to help boards and directors navigate the complexities of their roles, subscribe to Board Agenda