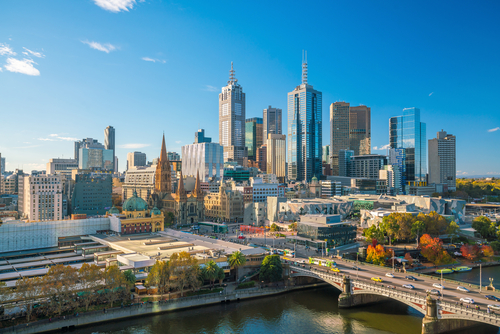 New AMP chairman David Murray and the Australian Institute of Company directors are calling for changes to address the scandals, including loosening the ASX corporate governance code.

But this misses what is really required to fix Australian corporate governance, which is wholesale change in prudential regulation, corporate law, competition law, and electoral law.

In an attempt to stave off more thorough and permanent changes such as cancelling banking licences and forced divestment, financial institutions have also been selling subsidiaries, and issuing statements about future good conduct.

David Murray is arguing for strengthening the existing customs and practices that distinguish between non-executive and executive directors (directors who are also managers), the loosening of prescriptive aspects of the industry-written ASX corporate governance code, and a reduced ability for shareholders to pursue class actions.

Murray also suggested boards should frame a “set of beliefs that connect their organisation more closely with the community”.

But as the royal commission has shown, industry self-regulation has failed and corporate boards seem incapable of systemically improving corporate governance.

Murray is half-right in criticising the role the ASX code plays in undermining the core legal duties of directors. But his solutions would take us in circles.

Leaving it up to shareholders to force better corporate governance ignores empirical evidence that institutional investors rarely act in concert and tend to “exit” rather than address problems.

Research also shows directors select mates and friends to join them on boards. This makes it hard for directors to fulfil their core legal responsibilities. Unhelpfully the dominant theory in corporate governance works against these responsibilities by asserting that boards should only represent shareholder interests.

However a singular focus on profit and shareholders (widely and deeply held by directors, executives and some regulators) is increasingly seen as economically, socially and politically unhealthy.

Academics like Sumantra Ghoshal and Edward Banfield long ago outlined the dark places a value system centred on extreme individual self and familial interest would take communities and countries.

How to fix corporate governance

To address the confusion created by mixing executive and non-executive directors on one board, Australia should mandate a two-tiered board structure for corporations and large companies.

This would separate non-executive from executive directors and create clear, legally separate roles for both groups.

On the upper, supervisory boards’ non-executive directors would be legally tasked with monitoring and control. This includes approving strategy and appointing auditors.

A lower, management board made up of executive directors would be responsible for implementing the approved strategy and day-to-day management.

This is important given the findings of an Australian Prudential Regulatory Authority report into culture at the Commonwealth Bank. It found a board in awe of the CEO and executive committees unwilling to challenge him. Not to mention their lack of detailed operational and regulatory knowledge.

It’s noteworthy it was operational-level employees who acted as whistleblowers and brought on the banking royal commission.

Employee-elected directors would systemise this process. Employees often have a much better understanding of what is happening inside large corporations than any independent non-executive director could.

And by electing employee directors, boards become more democratic and better proxies of the public interest—not just those of shareholders.

This is why responsibility for writing and amplifying governance practice should fall to a regulatory (APRA, Australian Securities and Investments Commission and the Australian Competition and Consumer Commission) convened panel comprised of community and consumer advocates.

These reforms are important but they’re just the start. They need to be complemented by wide-ranging initiatives in prudential regulation, corporate law, competition law, electoral law and industrial relations.

All of this is necessary to constrain inappropriate corporate influence over regulators, politicians and wider public discourse.

Finally, intensifying proactive surveillance would increase the number of criminal prosecutions of directors and senior executives.