Survey reveals that more employees across Europe are under pressure to compromise on ethics while more French managers find artificial inflation of profits acceptable. 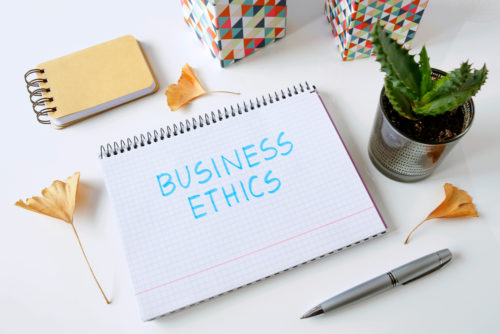 More than one in ten employees in European businesses report being pressured to compromise on ethics, according to a survey.

The Ethics at Work 2018 survey, from the Institute of Business Ethics (IBE), found that since the last survey in 2015, the number of those polled who say they have felt some form of pressure to compromise their company’s ethical standards has risen to 16%.

The greatest pressure, according to the survey, is time constraints, followed by boss’s orders. Third on the list is a lack of resources followed by “unrealistic” business objectives or deadlines.

The IBE’s report said: “An organisation’s formal commitment to ethical values can be easily undermined by a manager suggesting that ‘it doesn’t matter how it gets done as long as it gets done’ or convincing employees that ‘everybody does it and it is part of the culture’.”

Reflecting on the biggest pressures on ethics, the report added: “It is worth noting that only a small proportion of employees opted for wanting to help the organisation perform better, illustrating that the majority of employees do not see cutting corners as a way of improving performance.

“Similarly, only a small percentage of respondents say their organisation has an unethical culture.”

UK managers topped the charts when asked if they would worry about petty fiddling as long as they hit their deadlines and budgets. Of the UK managers polled, 27% said they would not worry, followed by 26% of German managers. French managers came third at 21%.

A hefty 30% of employees said that they were aware of “misconduct at work”, with inappropriate treatment of people the biggest type of misconduct, at 46%. Misreporting of hours worked and safety violations were the next two biggest areas of misconduct.

The survey also found that fewer than a quarter of employees, 23%, said they were “incentivised” to behave ethically. The most common incentive is the inclusion of ethics in annual appraisals or performance reviews.