Proposals to reform whistleblowing policy in the US has met with criticism that it will focus rewards on low-ranking employees in smaller businesses, rather than big banks and large corporates. 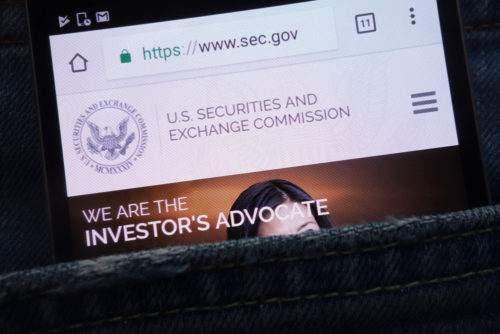 The Securities and Exchange Commission, the US’s toughest financial watchdog, has been accused of undermining whistleblowing by proposing to reduce the rewards available to those who reveal wrongdoing in their companies.

The Washington-based National Whistleblower Centre said the move would discourage “high-ranking and well-compensated” employees from coming forward with information.

Stephen M. Kohn, the centre’s executive director and a participant in drafting the US Dodd-Frank Act in the wake of the financial crisis, said that the rule change would focus the whistleblowing policy on low-ranking employees at smaller businesses instead of “the big banks and large corporate wrongdoers”.

“Large financial rewards are necessary to encourage high-ranking and highly compensated corporate executives to blow the whistle on frauds.”

“The proposed rule kills the goose that lays the golden egg,” said Kohn.

“Large financial rewards are necessary to encourage high-ranking and highly compensated corporate executives to blow the whistle on frauds.

“The risk an employee takes in blowing the whistle and placing their entire career on the line are enormous, and the ability to collect a large award is the single most important motivating factor encouraging employees to take this risk.”

The rule change would reduce rewards in which the US government recovers $100m or more.

A statement issued by the SEC said: “After nearly seven years of experience administering the whistleblower program, the SEC has identified various ways in which the program might benefit from additional rulemaking.

“The proposed rules would, among other things, provide the Commission with additional tools in making whistleblower awards to ensure that meritorious whistleblowers are appropriately rewarded for their efforts, increase efficiencies in the whistleblower claims review process, and clarify the requirements for anti-retaliation protection under the whistleblower statute.”