The Financial Reporting Council has highlighted a worsening in audit quality at KPMG as reports that audit standards across the Big Four firms has fallen. 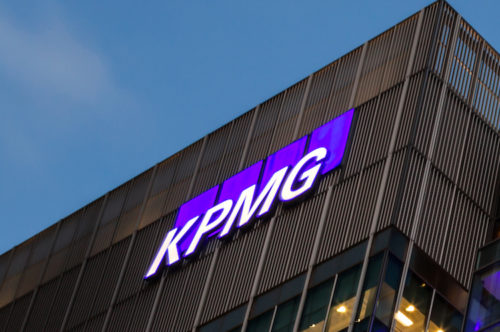 KPMG, the auditor under investigation for its work on the collapsed construction giant Carillion, has been told by the UK’s audit watchdog that half its FTSE 350 audits last year required “more than just limited improvements”.

The Financial Reporting Council (FRC) said 50% of KPMG’s audit in the FTSE 350 needed improving, compared with 35% in the previous year, and described the “deterioration” as “unacceptable”.

The news came as the FRC reported a worsening of audit quality across eight firms inspected in 2017-18, as 72% of audits required limited improvements compared with 78% in 2016-17.

“Firms must strenuously renew their efforts to improve audit quality to meet the legitimate expectation of investors and other stakeholders.”

Stephen Haddrill, chief executive of the FRC, said: “At a time when public trust in business and in audit is in the spotlight, the Big Four must improve the quality of their audits and do so quickly.

“They must address urgently several factors that are vital to audit, including the level of challenge and scepticism by auditors, in particular in their bank audits. We also expect improvements in group audits and in the audit of pension balances.

“Firms must strenuously renew their efforts to improve audit quality to meet the legitimate expectation of investors and other stakeholders.”

Michelle Hinchliffe, head of audit at KPMG, said that in October the firm had launched a project to improve its audit work including increased monitoring of work and a requirement that all prospective partners spend time with the firm’s Audit Centre of Excellence.

However, she added that the firm “cannot and will not be satisfied with these results”.

Hinchliffe said: “We are disappointed that our overall audit quality score for our 2016/17 audits has decreased by 4% and that the steps taken in previous years have not resulted in the necessary improvements to audit quality.

“We are taking action to resolve this. We want all of our audits, regardless of size, to meet the highest standards set by the Audit Quality Review.

“This is why, after taking up my role in October 2017, I commenced a programme to transform our approach to audit with the full support of our executive committee and board.”

The FRC said the fall in audit quality across the Big Four was due to a failure to challenge management, show appropriate scepticism and worsening results for the audit of bans.

In May the FRC confirmed it was examining the audits of Carillion over the period 2015-17 to “establish how and why audit and accounting decisions were reached.”

In April, however, the government launched a review of the FRC under the leadership of Sir John Kingman to examine the watchdog’s “governance, impact and powers”.

The review followed criticism of the FRC by members of the House of Commons in relation to its work examining the audit of Carillion by KPMG.

In a joint report members of two House of Commons select committees criticised the FRC for failing to close monitor Carillion after identifying problems in the company’s accounts in 2015.

It said the Carillion collapsed “exposed the toothlessness” FRC and recommended the government give the watchdog “the necessary powers to ne much more aggressive and proactive”. It said: “Such an approach will require a significant shift in culture at the FRC itself.”