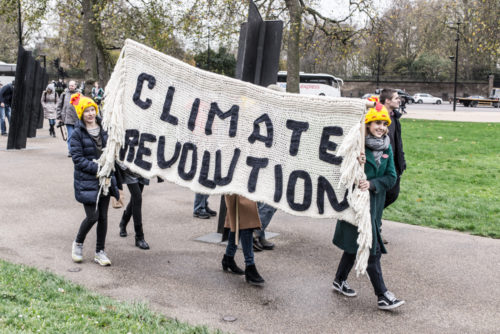 The Department for Work and Pensions (DWP) yesterday announced that new regulations will require annual publication of investment principles on environmental, social and governance (ESG) and climate issues.

The report will be made available to pension scheme members.

Esther McVey, secretary of state for work and pensions, said: “These new regulations will empower savers all over Britain, ensuring that their voices are heard when their savings are invested.

“As we see the younger generation who care more about where their money is going, they are also increasingly questioning that their pensions are invested in a way that aligns with their values. This money can now be used to build a more sustainable, fairer and equal society for future generations.”

The Financial Conduct Authority (FCA), the UK’s financial regulator, said it would consult in the first quarter of 2019 on asking pension fund governance committees to report on their ESG policies. The consultation will look at policies on “environmental, social and governance consideration, including climate change”, the FCA said, as well as “taking account of members’ ethical concerns”.

The move has been prompted in part by trustees being in some confusion over their fiduciary duties. The government’s consultation document revealed that there was “a belief” that the duties required “trustees to maximise returns over a short timescale, precluding consideration of long-term factors which might impact on company performance.”

A Law Commission review in 2014 concluded that “trustees should take into account factors which are financially material to the performance of an investment whatever their source.”

The government at first relied upon guidance for pension trustees from the Pensions Regulator. However, it has since concluded that, despite the guidance, “confusion and misapprehension over trustee responsibilities persists”.

Indeed, the government has found evidence that some trustees believe that ESG issues are “irrelevant to, or run counter to, financially material concerns.”

Danielle Lawson, a pensions lawyer at ClientEarth, said: “Climate risk has hit the mainstream. The UK’s top financial regulator has acknowledged that climate change presents material risks for investors, equating it with core economic risks like liquidity, interest and inflation. This busts a persistent myth in the industry.

“At the same time, the proposed changes to UK pensions law will end any debate among trustees: climate change risks and opportunities must be considered in schemes’ investment strategies.

“This is a lightbulb moment for UK pensions – the FCA’s acknowledgment that financially material climate risks should be incorporated into investment decision-making, as part of pension providers’ legal duties, opens the door to a much more in-depth consideration of exposure to climate risk for UK markets and financial institutions generally.”