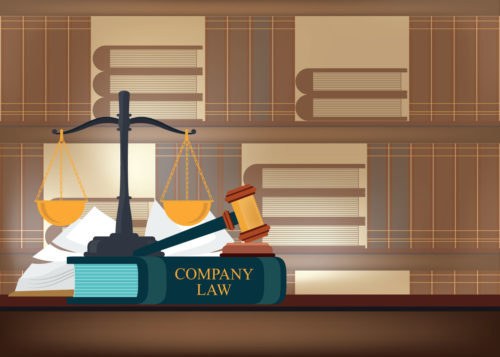 Recent research finds that law does matter for corporate governance outcomes in some countries—but not in others.

International organisations such as the Organisation for Economic Cooperation and Development (OECD), the International Monetary Fund (IMF) and the World Bank have actively promoted this view since the 1990s through their policy advice; meanwhile influential academics have provided the trend with scientific justification.

However, recent research finds that law does matter for corporate governance outcomes in some countries—but not in others. That is to say, increases in legal minority shareholder protection (MSP) do not lead to more shareholder-orientated corporate governance practices at the company level in all countries. This is true even for developed countries in Europe, where trust in the legal system is generally high and laws are enforceable.

The role of law

Since the rise of new institutional economics in the 1990s, economists have paid much attention to the role that institutions—such as laws and regulations—play in the economy.

Partly due to the success of this approach following Douglas C. North’s Nobel Prize in 1993, and partly due to the evident failure of the macro-economic policies promoted by international organisations during the Asian financial crisis of 1997, the World Bank, IMF, and the OECD started to focus more on the role that law can play in supporting economic growth and development.

A whole series of policy instruments were developed to promote “good governance” through legal reform, such as the World Bank’s Doing Business reports that permit the assessment and benchmarking of countries’ regulatory regimes.

The idea promoted by international organisations that good law was crucial to get economic outcomes right received academic support in the late 1990s from a very influential research programme, led by Rafael La Porta, which has come to be known as the “Law and Finance School”¹.

The empirical strategies employed in Law and Finance studies adopt a rather archaic view, where law is merely seen as an order backed up by the threat of punishment.

The core claim of this theory is that legal minority shareholder protection increases investor confidence, leading to larger and more liquid capital markets, which in turn facilitate companies’ access to finance, and ultimate economic growth.

As compelling as this sounds, the empirical evidence on the impact of legal corporate governance reforms on economic outcomes is much less clear than one could expect from this received wisdom.

More importantly, it has been argued that while “law” very prominently figures in the name of the so-called Law and Finance School, this stream of research has surprisingly little to say about how law impacts economic activity¹. Indeed, the empirical strategies employed in Law and Finance studies adopt a rather archaic view, where law is merely seen as an order backed up by the threat of punishment.

This, however, is only one of several functions and impacts that law has on its subjects². Neglecting others may lead to flawed empirical research designs and, therefore, flawed advice to policymakers.

One particularly striking neglect in the Law and Finance School is that very few studies focus on how law affects firm-level practices rather than just macro-economic outcomes such as the size of capital markets or GDP growth. This is problematic, because any effect that company law has on macro-level economic outcomes will be through the intermediary of firm-level practices. Yet, the latter are very rarely included in econometric analyses.

In particular, we investigated the evolution of insider control mechanisms in a sample of the largest listed firms in four European countries: the UK, the Netherlands, Sweden, and Switzerland, during the period 1990–2010².

Insider control mechanisms—or control-enhancing mechanisms (CEM)—are those devices that allow company insiders to control a company without owning a corresponding share of stock.

Therefore, control mechanisms become less valuable or even completely useless to insiders. Yet, findings from the Law and Agency project indicate that that hypothesis is not confirmed in all cases. While increases in legal shareholder protection have a strong effect on decreases in insider control mechanisms in the UK case, it is weaker in Switzerland and Sweden and even negative in the Netherlands. That is to say, an increase in legal MSP leads Dutch firms to increase the number of control mechanisms they use².

How to make sense of these findings?

One possible explanation has to do with “legal styles”. Legal style is a term coined by Robert A. Kagan, who considers the American legal system to be based on “adversarial legalism”, in which judge-based litigation is the main means of enforcement of one’s rights. While the UK may not be as extreme as the US in that respect, like the USA it has a common-law system, where litigation, judge-made legal precedent, and court cases play an important role.

The three continental cases, on the other hand, fall into three different types of codes-based civil-law systems: Switzerland into Germanic civil law, the Netherlands into French civil law, and Sweden into Scandinavian civil law. Enforcement through the legal system remains the ultimate threat in those systems too.

Where economic actors solve divergences via informal relationships, an increase in legal shareholder pro­tection may not be per­ceived by company insiders as a threat.

However, both the Law and Finance school and the idea of legal styles suggests that judge-made law and litigation are much more prominent in common-law systems.

This is more broadly reflected in the more consensual systems of interest intermediation that prevails in the traditionally strong corporatist continental cases. Interactions among companies, and between companies and social partners and stakeholders, were traditionally rather cooperative than adversarial. The opposite is true for the UK case, where competition and adversarialism in economic relations has traditionally been stronger.

These differences in “legal styles” or, more broadly, in the nature of relationships between economic actors, may explain the findings of our study.

However, the differences between the Netherlands, where better legal shareholder protection led to more CEMs; and the other continental cases, where legal change has a weak impact, but still tends to lead to fewer CEMs, are interesting too. A possible explana­tion may be that in the Netherlands own­ership concentration is fairly dispersed. CEMs are hence the only instrument for insiders to maintain control.

In Switzerland and Sweden, meanwhile, insiders—such as families—hold comparatively larger blocks. They are able to control the firm through their ownership stakes, making them less reluctant to abandon CEMs.

The implications of our findings are considerable. Contrary to the rather mechanistic view of law that underlies the Law and Finance School, the function of law in the economy depends on the context. For international corporate governance reform efforts, this suggests that more attention should be paid to the specificities of each national case.

It is interesting to see that we find stark differences even among a set of fairly similar countries (in terms of the rule of law, economic development, etc). The lessons from our study may be even more important when seeking to design effective corporate governance regulation for emerging markets and developing countries.

Gerhard Schnyder is a reader in International Management at Loughborough University London.