Abenomics—or “Japan’s Revitalisation Strategy”—is awakening the concept of investor stewardship and focusing the minds of Japan’s corporate elite on how to improve governance standards. 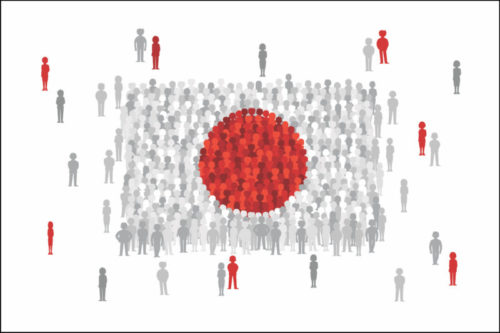 The end game is a shared one between companies and investors—preserving and enhancing long-term corporate value, benefiting society as a whole and contributing to sustainable economic growth.

As the world’s third-largest capital market, good governance in Japan means good governance globally. Members of ICGN (the International Corporate Governance Network) collectively represent assets under management in excess of US$34trn, and equities held on the Tokyo Stock Exchange by overseas investors amount to around 25%.

Japan is a priority market for ICGN members and we have supported local reform efforts for decades, most recently as a formal member of the Council of Experts, convened by the Japan Financial Services Agency and Tokyo Stock Exchange for the follow-up of Japan’s stewardship code and Japan’s corporate governance code.

Regulatory reform has been rapid since the publication of the seminal report from professor Takatoshi Ito in 2014, which looked at incentives for sustainable growth by building relationships between companies and investors.

The report has led to a series of reforms by Japan’s regulatory authorities, notably the Financial Services Agency (FSA), the Japan Exchange Group/Tokyo Stock Exchange (JPX/TSE), the Ministry for Economic Trade and Industry (METI) and the Ministry of Justice (MOJ).

Promulgated by the FSA and published in 2014, the Japan Stewardship Code was a wake-up call for domestic investors to recognise their fiduciary duty to protect and enhance the value of their investment portfolios by virtue of closer monitoring, voting and engagement with investee companies.

Following a further revision to the code in 2017, there are now 277 signatories, 107 of whom are from overseas. This movement has led to a change in the relationship between companies and investors in Japan where AGM resolutions are more likely to be scrutinised, votes against have increased and face-to-face meetings are now common.

Most recently the FSA has published Guidelines for Investor and Company Engagement to help shape the conversation towards priority issues, including: capital allocation, CEO appointment and dismissal, the role of independent directors, remuneration, audit committee responsibilities and cross shareholdings.

Alongside this, the Japan Exchange Group and Tokyo Stock Exchange consulted on changes to the Governance Code to align with the recommended issues highlighted in the FSA’s guidance. Again, the TSE published the revised code on 1 June and aims to implement the revised code from June 2018.

Japan’s Corporate Governance Code, first published in 2015, was initially influenced by the Organisation of Economic Cooperation and Development (OECD) framework. While shareholder rights are accommodated from the outset, Japan’s code is more ambiguous in terms of board accountability to shareholders.

While shareholder rights are accommodated from the outset, Japan’s code is more ambiguous in terms of board accountability to shareholders.

Instead, there is a preference to highlight the importance of cooperation with stakeholders as a governance mainstay and explicit reference to the need for companies to address sustainability issues.

New changes to the code include:

• New principle focused on the role of corporate pension funds as asset owners and a requirement to ensure that they are properly equipped to fulfil stewardship obligations;

• New requirements to help improve the quality of disclosure regarding the economic rationale for cross shareholdings, which have a detrimental effect on the standards of corporate governance and an impediment to investor stewardship; and

• New amendments related to CEO appointment, dismissal and succession including reference to the option of having a nomination committee.

ICGN welcomes the many positive corporate governance developments taking place in Japan and has taken the liberty of suggesting other areas for future improvement in our most recent submission to the corporate governance code consultation. This includes suggestions for making specific reference to:

• The right of shareholders to approve significant, related party transactions above an appropriate materiality threshold (based on the approval of a majority of disinterested shareholders);

• A higher independent director requirement from two individuals to at least three, and a call for a definition of independence to be included in the code;

• The importance of establishing nomination and remuneration committees with a description of what the role of each committee might entail;

• More disclosure from companies regarding the appointment of former executives being retained as advisors to the incumbent CEO or chairman, the type of advice received and any associated fees;

• The importance of there being a clear division of responsibilities between the role of the board chairman and the CEO to help avoid entrenchment of power in one single individual who may dominate board decision-making;

• Discouragement of the practice of a company’s retiring CEO remaining on the board and becoming chairman. We would encourage Japanese boards to communicate a convincing rationale in the annual report as to why CEO succession to chairmanship is in the best interests of the company.

Further reforms underway in Japan are associated with corporate reporting and it is notable that more than 300 companies already adopt some form of integrated report. This encourages reporting that looks beyond financial measures and examines a company’s risks, opportunities and prospects for the future.

It also enables investors to exercise their ownership rights on an informed basis and make decisions concerning share value, acquisition and voting.

In particular, METI established the “Forum for Integrated Corporate Disclosure and ESG Dialogue”, which is chaired by professor Ito, and recently published Guidance for Collaborative Value Creation. The guidance aims to promote a deeper understanding of how environmental and social factors are taken into account in promoting the success of companies by boards and investors alike.

This helps shareholders and stakeholders understand a company’s strategic objectives and its progress towards sustainable value creation.

An initiative which is perhaps less on the global governance radar is the review of Japan’s Companies Act under the auspices of the MOJ (Ministry of Justice). A number of important changes are welcomed, particularly regarding:

• Empowering independent director decision-making, for example to help ensure an independent process for the determination of a fair bidding price in a management buy-out situation.

• Requirement to use electronic methods to disseminate AGM-related information and for the notice of calling a shareholders’ meeting being prescribed at four weeks.