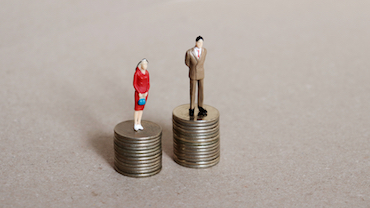 Female non-executives are asking for much lower pay than their male counterparts, according to a new study.

Research into the pay patterns of 6,000 senior operational staff and board members by Norrie Johnston Recruitment found numerous disparities against women in comparison with men.

Male non-executives sought an average of £107,000 per role, while females sought £83,000. There was also a 14.5% difference between expectations for male and female financial directors or chief financial officers. Men’s expected salary was £104,000 compared with £90,000 for women. A 2.5% differential in favour of men was also discovered for MD/CEO positions.

Norrie Johnston Recruitment CEO Graham Oates reiterated that the differentials were not set by corporate recruitment clients, but are the expectations of recruits looking for roles.

He added: “When gender pay gap statistics were made public for the first time earlier this year, many argued that the major factor behind the disparity was that there are more men than women in senior positions; the challenge was simply to help more women reach the top.

“However, our research suggests that even when women get into senior roles a major pay gap can still prevail.”

He suggested that women’s pay expectations at senior level suggest they are being paid less than their male counterparts throughout their career.

“The various bodies looking to tackle the pay gap issue need to perhaps consider how young women early in their careers value themselves within the labour market, and what happens to their pay, career path and opportunities as they progress. We need to understand how things get out of step.”

Salary expectations were only higher among women in supply chain, HR, and IT roles, with only the latter showing a marked differential (8%).

Similar pay differentials exist between men and women for either permanent or interim roles.

Last week the Department for Business revealed a number of “pitiful excuses“ from major UK boardrooms as to why they had failed to reach gender targets.